(Minghui.org) Falun Dafa practitioners held a rally in front of the Chinese Consulate in Vancouver on September 19, 2020. Thirty-nine cars with banners on top carried messages to support over 360 million Chinese people who have quit the Chinese Communist Party (CCP) and its affiliated organizations. They called for an end to the CCP. 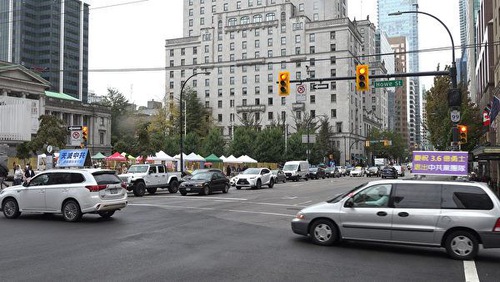 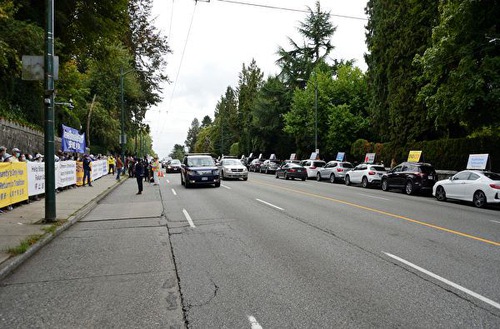 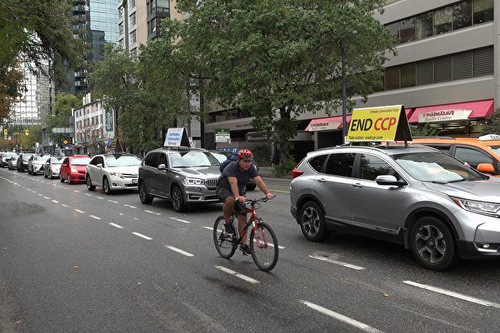 Drivers passing by gave a thumbs up or honked their horns to show their support. Some stopped and took photos. The car tour started after the rally in Vancouver and went through Burnaby and Richmond.

People Must Make a Choice

Ms. Fang, spokesperson for the Vancouver Service Center for Quitting the CCP, said that they were holding the rally and car tour to raise awareness of the true nature of the Party and to support the 360 million people who have quit the Party and its affiliated organizations. 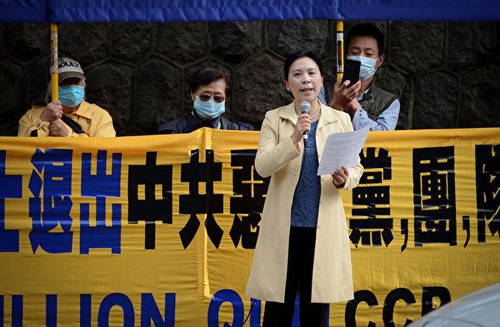 Ms. Fang, spokesperson for the Vancouver Service Center for Quitting the CCP, said the events were held to encourage more Chinese to quit the CCP.

She said that the CCP had reached its end and would soon collapse. At this critical moment in history, everyone must make a choice and renounce the CCP. She called on more Chinese people to withdraw from the Party.

Mr. Zhang from Hong Kong said in his speech, “The CCP has never stopped persecuting and killing people. The people in Hong Kong strongly oppose the implementation of the National Security Law for Hong Kong.” 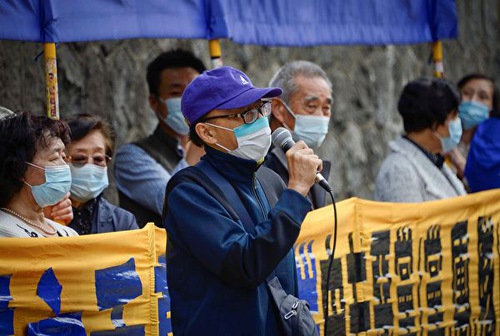 “Falun Dafa is brutally persecuted in China,” he said, “but practitioners have never stopped protesting. In Hong Kong, Falun Dafa practitioners appear in public despite being interfered with by the Youth Care Association, which is sponsored by the CCP. I appreciate practitioners.”

Gratified that Chinese People Are Awakening

Li from Guangzhou said he was harassed in China for voicing his concerns about those being persecuted.

“I left China under pressure and came to Canada. I am happy to participate in this ‘End the CCP’ rally. Seeing many Chinese people are awakening and quitting their memberships in the CCP and its affiliated organizations, I am moved.” He believes that the CCP will be disposed of like trash. 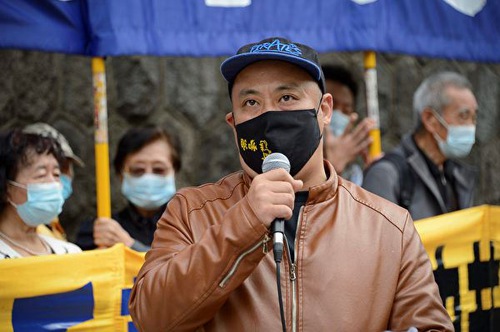 Mr. Li from Guangzhou had to leave China.

“Once Imprisoned for Over Five Years, Shanghai Woman to Be Tried Again for Her Faith”