(Minghui.org) A Yingkou City, Liaoning Province resident in her 70s was tried by the Zhanqian District Court on August 4, 2020 for her faith in Falun Gong, an ancient spiritual and meditation discipline that has been persecuted by the Chinese communist regime since 1999. 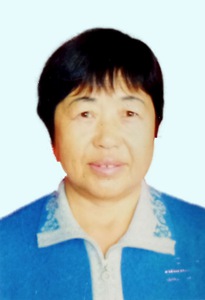 Ms. Ren Xiulan’s lawyer entered a not-guilty plea oh her behalf. She also testified in her own defense, detailing how her bone hyperplasia was cured after she took up Falun Gong in April 1996, and how she has been enjoying good health for the past 24 years.

The Yingkou Detention Center, where the hearing took place, blocked Ms. Ren’s family from attending the hearing, with the excuse that they didn’t have a letter from their residential committee proving they didn’t practice Falun Gong.

Ms. Ren was arrested on March 7, 2020 after being reported by a resident in her neighborhood for talking to him about Falun Gong. After the police sent her to the Hongqi Police Station, they returned to her home with her keys and ransacked her place. Her Falun Gong books and other materials, as well as an unknown amount of cash, were confiscated.

Ms. Ren’s husband was also arrested on the same day and held until April 11.

The police tried several times to force Ms. Ren to give up her faith, but she refused to comply.