Adelaide, Australia: Festivalgoers Learn About Falun Gong and the Persecution in China

(Minghui.org) Residents and tourists in Adelaide, Australia, learned about Falun Gong and the ongoing persecution in China on their way to an international music and arts festival on March 9, 2020. Falun Gong practitioners had gathered that day to raise awareness of the persecution in China and to tell people how the Chinese regime has been harvesting practitioners' organs for transplant – practitioners who were illegally incarcerated for not giving up their faith.

Many festivalgoers on their way to the WOMADelaide festival at Adelaide's Botanic Park were drawn to the practitioners’ activities. After learning about Falun Gong and the persecution, more than 100 people signed a petition demanding an end to the atrocities taking place in China. 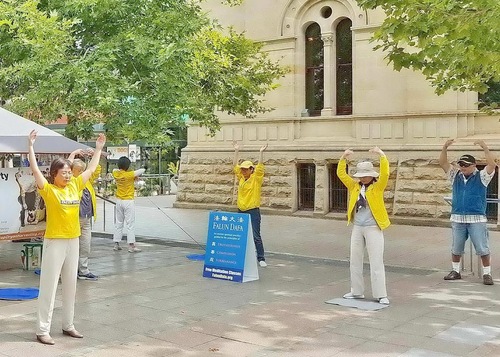 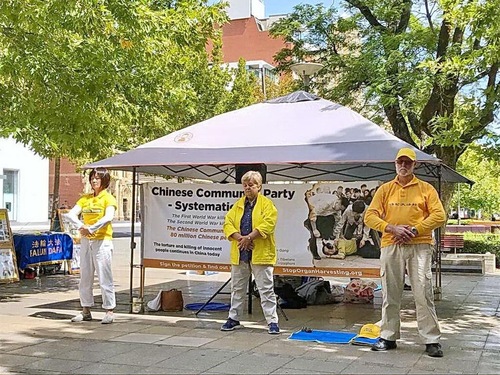 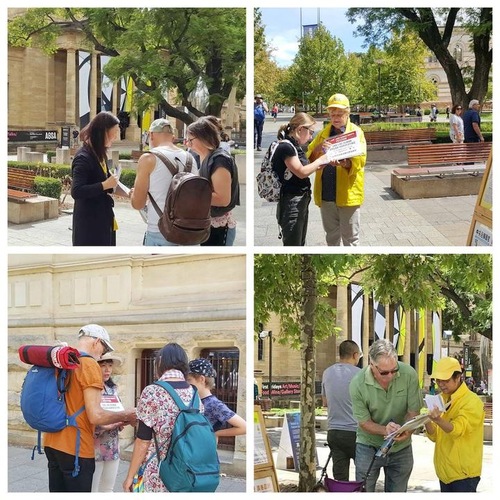 Passersby sign the petition calling on the Chinese regime to end the persecution of Falun Gong.

“I am disappointed that our government did not voice strong condemnation,” he said, referring to the Australian Government's weak stance on the Chinese Communist Party's persecution of Falun Gong. He signed the petition and said that he hoped it would help. 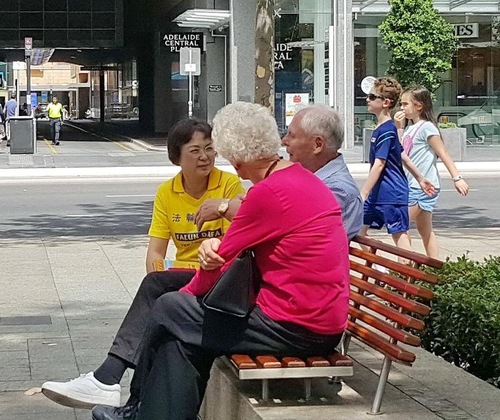 A couple from Tea Tree Gully talk to a practitioner about the persecution of Falun Gong.

A man who works for the University of Adelaide signed the petition and said that he was worried about the Chinese Communist Party's (CCP) infiltration of Australia's education system through its Confucius Institutes. The practitioner suggested that he read The Epoch Times’ editorial series “Nine Commentaries on the Communist Party” and gave him a DVD of the Commentaries. The man said that he would pass the DVD around after he watched it and submit an article about its contents to the university’s newsletter.

Another man who talked to practitioners was also concerned about the infiltration of communism in western society. He had read a survey that found that many younger people believed that practicing socialism would bring about better social welfare. He said that communism had killed more people than the two world wars combined and is an evil force. After signing the petition, he thanked practitioners for awakening the public's conscience.

A student from China signed the petition the minute he saw it. When a practitioner asked him if he had quit the CCP and its affiliated organizations, he replied loudly, “A long time ago – I never had any expectations for it.”