(Minghui.org) Today's news from China includes incidents of persecution that took place in 6 cities or counties in 5 provinces, where at least 13 practitioners were recently persecuted for their belief. 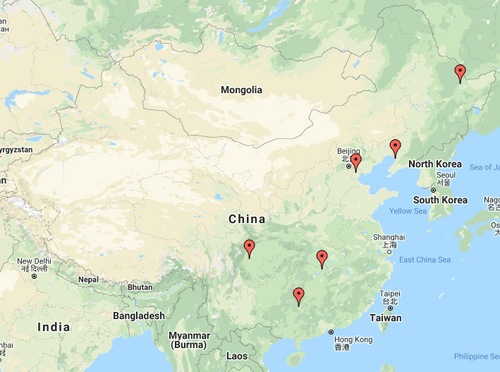 Ms. Qin Xiaoping, Ms. Wu Guixian, and a practitioner with the last name Tang were arrested by officers from Qixing District Police Department in July 2019. Their homes were ransacked.

The three practitioners’ cases were passed to the Xiufeng District Procuratorate a month later, and submitted to Xiufeng Court in early January 2020.

Ms. Mu Yanping was deceived and arrested by officers from the Bayuquan District Domestic Security Division on December 10, 2019. She was later taken to Yingkou City Detention Center.

Ms. Mu was notified that she had been sentenced to a one-year prison term on December 12, 2019, by the Zhanqian Court.

Ms. Sun Jianyan was arrested by officers from Luobei County on January 14, 2020. She is being held in the Hegang Detention Center.

Ms. Zhou Xiaoqiu was arrested on her way to her office by officers from Xinqiang Town Police Station on or around January 1, 2020. She is being held in the Yueyang County Detention Center.

Ms. Liu Maofen was arrested at home by a dozen officers from Chengguan Town Police Station around January 13 or 14, 2020.

Their arrest was approved by the Xindu Police Department on December 26.

“Shen Yun Enthralls Audiences in the U.S. and U.K. During Chinese New Year”