(Minghui.org) Nevada City celebrated the Chinese New Year on February 9, 2020 with a parade, performances, foods, and an arts and craft market. Falun Dafa practitioners were invited to take part in the events for the fourth year in a row.

Nevada City is the county seat of Nevada County, located 60 miles northeast of Sacramento. It was first settled in 1849 during the California Gold Rush. 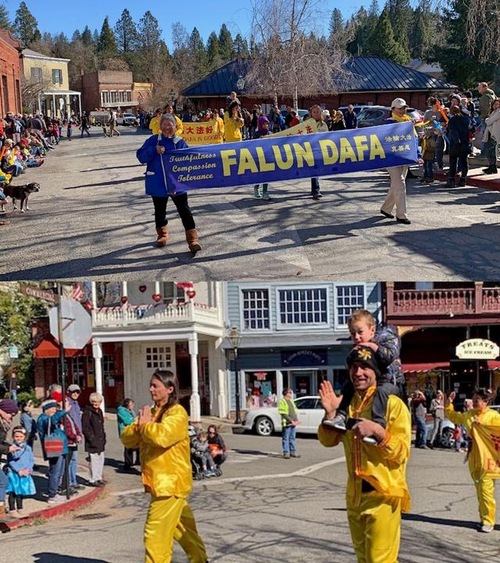 Falun Dafa practitioners participate in the Chinese New Year parade in Nevada City, California, for the fourth year in a row. 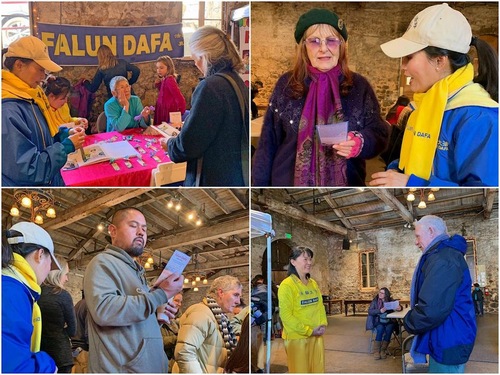 Local residents visited the Falun Dafa booth after the parade.

More people spent more time at the Falun Dafa booth after the parade compared to prior years. People took fliers and chatted with practitioners.

One person said that he had been searching for a spiritual practice for a long time, and decided that it was time to try Falun Dafa. Many of the people agreed with Dafa's principles of Truthfulness-Compassion-Forbearance. Some said that they knew that the Communist Party, which has persecuted Falun Dafa for over 20 years, was of an evil nature. 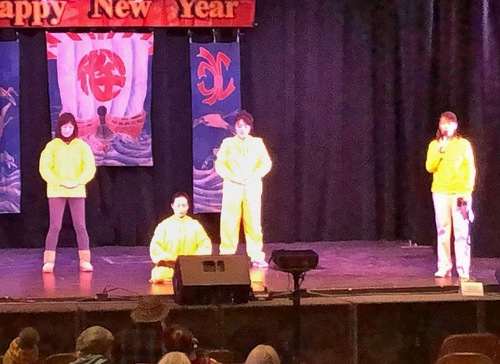 Besides participating in the parade and having a booth, practitioners also demonstrated the exercises on the event stage, and taught Exercises 1 and 2 to interested people.

Event organizers thanked the practitioners for their participation and promotion of traditional Chinese culture.

“Siping City, Jilin Province: 34 Arrested in One Day; 15, Including 7 from One Family, Still in Custody”