(Minghui.org) During the recent Lunar New Year festivities, Falun Gong practitioners in Adelaide participated in several local events. They introduced Falun Gong (also known as Falun Dafa), raised awareness about the 20-year persecution in China, and collected signatures on a petition to stop the atrocities.

Talking to People in Chinatown

From the first to the 15th day of the Lunar New Year, practitioners went to Chinatown on three consecutive weekends to wish people a Happy New Year and introduce the practice. 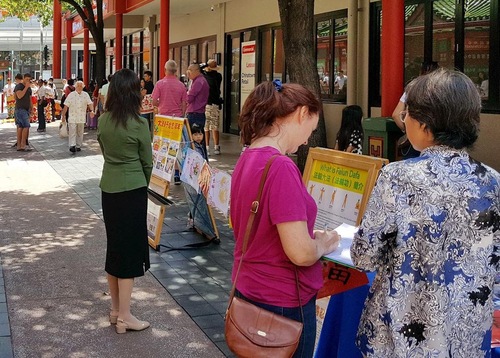 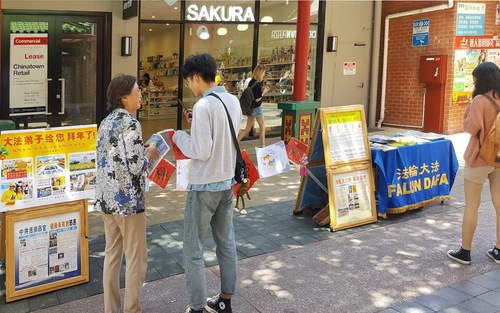 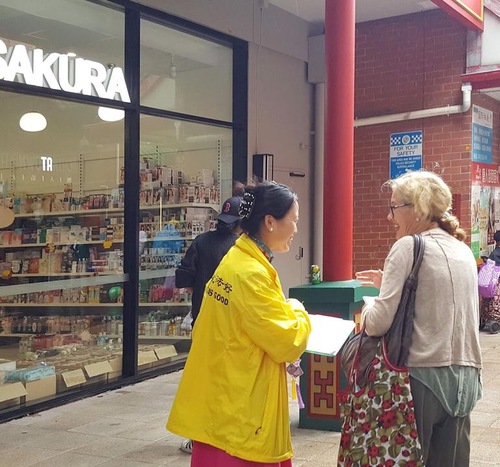 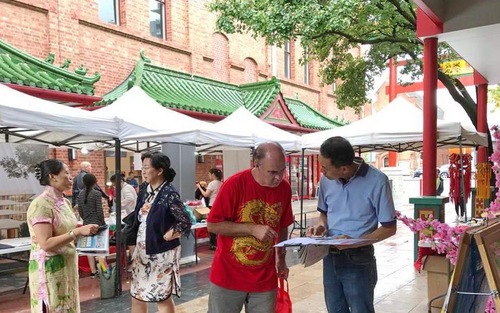 A young man from Wuhan, China stopped at the Falun Gong booth. He had joined the Chinese Communist Party in high school when he was 18. Being from Wuhan, where the coronavirus first appeared, he is worried that his parents might contract the virus. Practitioners suggested he talk to them and tell them that Falun Gong is good and that the Chinese government has spread lies to instigate hatred of the practice. The man asked for the website address where he could learn more about Falun Gong.

He took photos of all the information boards, saying that he would read them carefully at home. He asked several questions and then renounced his Communist Party membership.

Member of Parliament: It Is Very Important to Have People Learn the Truth

Sveta, a practitioner, said that although it had rained earlier that day, by evening, many people had stopped by the information booth and signed the petition to show their support for Falun Gong. They also expressed their appreciation for practitioners' efforts to tell them about the persecution in China. Practitioners collected 385 signatures over the two days.

Joe Szakacs, Member of Parliament, was invited to attend the event. When practitioners spoke to him about the persecution in China, he was shocked to learn about the state-sanctioned forced organ harvesting of prisoners of conscience and signed the petition calling for an end to these inhuman acts. He encouraged practitioners to continue raising awareness about the issue and said he would like to help. “It is very important to let people know what's happening in China. I will try my best to let other federal members know about it,” he said. 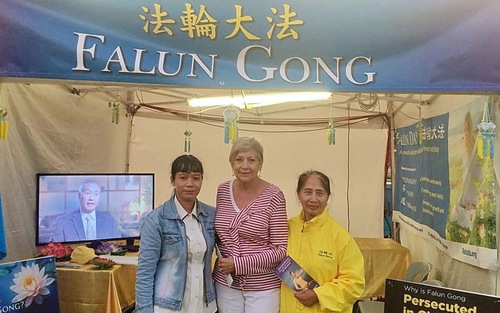 Jennifer Rainkine (center), former Member of Parliament, has a photo taken with practitioners. 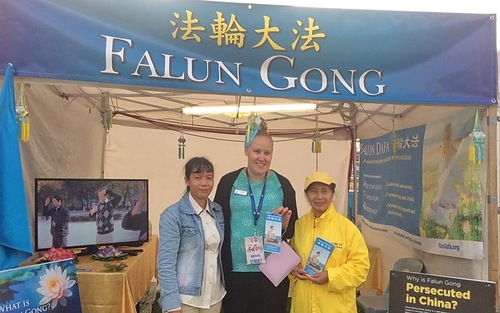 City of Playford councilor Katrina Stroet (center) has a photo taken with practitioners.

Katrina Stroet, councilor for the City of Playford, attended the Vietnamese community's Chinese New Year celebrations with her family. It was the first time she'd heard of Falun Gong. She and her family members signed the petition to show their support. She also invited practitioners to teach the Falun Gong exercises in the community.

Practitioners in Adelaide made phone calls to Wuhan City and other parts of China to rectify the misinformation about Falun Gong spread by the communist regime.

A person on the staff of the Hubei Province Political and Legal Affairs Committee listened quietly as practitioners told him about the coronavirus and how vital information has been blocked by the Chinese government. The practitioners also told him about the regime's brutal repression of innocent Falun Gong practitioners. They asked him to remember that Falun Dafa is good, gave him the link to a website to circumvent the internet firewall, as well as a number to call to quit the Chinese Communist Party (CCP).

A practitioner called distant relatives in China to wish them Happy New Year and took the opportunity to tell them about Falun Gong. Many people in China did not know that the coronavirus outbreak was that severe, because the government has been covering things up. They asked the practitioner to call them more often, so they could keep up to date with the latest about the epidemic.

“My Friend Helps Spread the Truth”