(Minghui.org) As more evidence of the U.S. general election fraud surfaced, the fairness of the voting process has come into question and drawn broad attention.

Mounting evidence has shown that large scale fraud had occurred in at least six battleground states including Arizona, Georgia, Michigan, Nevada, North Carolina, and Wisconsin. Given this, politicians and legal experts warned that the Chinese Communist Party (CCP) was involved in the election fraud and that it is threatening America and the Western world. They called for joint efforts from the public to defeat the CCP and safeguard Western values.

The Senate Homeland Security and Governmental Affairs Committee held a hearing on December 16, on “Examining Election 2020 Irregularities.” During his opening statement, Ron Johnson, chairman of the Committee, highlighted issues with the fraud investigation and the media coverage.

“Senator Grassley’s and my investigation and report on the conflicts of interest and foreign financial entanglements of the Biden family is just one example of how media suppression can, and does, affect the outcome of an election,” he remarked. He said that the examination of irregularities in the 2020 election would be the last hearing of the committee with him as chairman, “but oversight into election security should continue into the next Congress because we must restore confidence in the integrity of our voting system.” 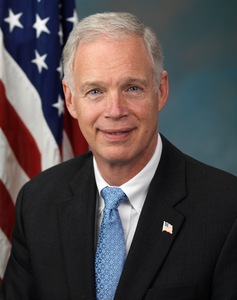 Ron Johnson, chairman of the Senate Homeland Security and Government Affairs Committee, hosted a hearing on December 16 about election irregularities.

During an interview the same day, Johnson emphasized that the CCP had played a major role in the election fraud and warned the public to be on alert. This is because the CCP had a plan to dominate the world and the U.S. helped it in the past few decades to gradually become the second-largest economy in the world.

Since the 1970s, U.S. administrations had adopted an appeasement policy towards China, from Nixon and Carter to Bush, Clinton, and Obama. As a result, China joined the World Bank, was granted permanent normal trade relations (PNTR), became part of the WTO, and also entered U.S. stock and bond markets.

Looking back at these lessons, Johnson said the CCP had taken advantage of the U.S. and infiltrated American universities and businesses with intellectual theft, even in the areas of military and space technology. He agreed with Trump’s policy toward China and warned Americans to stay vigilant against the CCP.

Trevor Loudon, researcher and author from New Zealand, is a prominent expert on issues related to communism.

“This year, we have seen massive rioting on our streets, Black Lives Matter, etc. And still, most Americans do not understand that Black Lives Matter is a Marxist operation, with deep connections to the Communist Party of China. Most Americans see this as some social justice cause, but it’s had a major impact on America,” he said in an interview in November, “And I believe it was timed to have a major impact on the elections.”

He said many communist groups are related to Black Lives Matter, including Liberation Road, Communist Party USA. “They are the same people who are involved in several large voter registration organizations in many of the key states in question. I’m talking Georgia, Michigan, Wisconsin, Pennsylvania, Arizona,” he explained.

These groups had openly declared to destroy Trump and to win the election for Biden. In fact, “These are groups that owe their allegiance to communist China, and they are boasting about winning the election,” he explained, 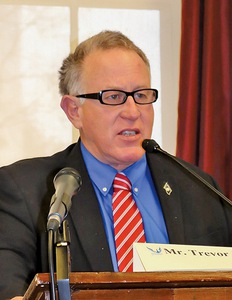 The Communist Party USA (CPUSA), for example, had an article in 2010 that stated were a war to break out between China and the U.S., they would fight for China within the U.S. CPUSA is not alone. “Liberation Road is the guiding force of Black Lives Matter. It’s a pro-Chinese communist group. They have some of their cadre living in China. It’s descended from the Maoist movement of the 1960s and 1970s. They openly propagandize for China in their publications. And they are the group behind Black Lives Matter,” he continued.

Other groups are also very active. The Chinese Progressive Association, communist China’s main ally on the west coast, has been active in San Francisco for 40 years now. “This Chinese Progressive Association has very deep ties to Black Lives Matter, and to a whole network of voter registration organizations in Arizona, in Pennsylvania, in Florida, in Michigan, in Wisconsin, in Georgia; all the key battleground states. And this front group openly boasts in their own publications, [that] they won six out of the seven states they targeted for Biden. This is their claim, not mine,” Loudon added, “So right under our noses, Chinese affiliated voter registration organizations are helping to flip American elections.”

He said these groups are planning for a revolution to transform America. “A revolution is the overturning of the existing power structures. And I see that unfolding in America right now. I see a long term pattern of subversion that’s been going on now for 50 years. The radical left, the Communist Party USA, the Maoist groups, the Trotskyist groups, of which there are more than 30 in the United States right now. Anything from Democratic Socialists of America, to the Communist Party USA, Liberation Road, Party for Socialism and Liberation, Workers World Party,” he said.

“If Trump is reelected, and he continues to isolate the Communist Party of China—which is really only 800 families; it’s like a mafia running the whole country—I believe if Trump can continue to build this alliance, he will actually get to the point where the Chinese people will take down the Communist Party of China themselves,” Loudon explained. If Biden takes power, these progresses would be reversed.

He said voter fraud had been a concern all along. “And now we’ve got to the point, we have probably nearly a third of the country believe this election was stolen. This has got to be settled out in the open for everybody to see,” he explained, “If we don’t follow the law here, nobody will trust the American elections going forward. And that will lead to extremism, could be violence. It will lead to people dropping out of the system. And the healthy American democracy that we have seen will be a thing of the past. This has to be settled.”

This is also related to media. “We have massive big tech manipulation of our media, shutting out points of view they don’t like. This is revolution. This is tyranny brewing. And if this election is not settled, there’ll be no further opposition to this big agenda. And there will be no possibility to unite people to stage a comeback, because we won’t have Facebook. We won’t have Twitter,” he said, “We’ll be targeted by the IRS or the Justice Department or the FBI. And we will see a one-party state effectively set up in this country.”

In a video from 2015, Black Lives Matter co-founder Patrisse Cullors said she and other organizers were “trained Marxists,” and they were against Trump. “Alongside Black-led organizations around the nation, Black Lives Matter invested heavily in this election,” she wrote in a letter to Biden and his running mate Kamala Harris last month, “‘Vote and Organize’ became our motto, and our electoral justice efforts reached more than 60 million voters.”

China Expert: “If We Don’t Understand the Fundamental Nature of The Challenge... We’re Going to Lose Our Country”

Gordon Chang, lawyer and author on China issues, said the CCP had been involved in the 2020 U.S. election. It is very serious since the infiltration of American “elite” circles has posed an “espionage emergency.”

“We also know that China tried to cause chaos. Large Chinese networks like ‘Spamoflauge Dragon’ relentlessly attacked the president on YouTube, Facebook, and Twitter,” Chang remarked, “We know that the social media platforms have taken down a massive number of fake Chinese accounts,” he explained, “Twitter in June alone took down 174,000 fake accounts, so we know that they were actively involved, and we have a number of indications that it was not to help the president.”

“The overall trend is that China was substantially involved in our elections,” he continued, “They did this with these malicious disinformation campaigns on the surface, with these troll and bot farm operations below the surface, they were involved and they’ve been involved for a very long time.” 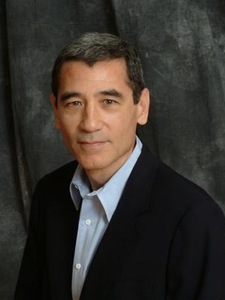 He said the CCP had infiltrated the American elite circle and targeted all institutions nationwide. “It’s not just colleges and universities, it’s also prep schools, secondary schools, the foundations, NGOs. If there’s an institution in the U.S., China is targeting it,” he added, “China’s influence here is vast, which means that we’ve got a lot of work to do to remove the CCP from our society, because they are certainly up to no good.”

He said the world is watching the U.S. “We won't remain free unless we fight for it,” he posted on Twitter on November 20.

American attorney Lin Wood recently wrote articles and social media posts revealing how the CCP had been infiltrating the U.S. for a long time in order to control the country. He hoped the public could be clear on what we are facing. Basically, the CCP and other groups are stealing the election.

“I believe Americans need to understand & accept that Communist China (CCP) is not our friend. CCP is evil & ruthless,” he wrote on Twitter on December 8, “CCP has publicly stated goal of taking over U.S. First by year 2049. In 1996, target moved to 2030. Because Hillary lost & @realDonaldTrump won, the target date may now be 2020.”

“Events of 2020 only make sense if viewed as steps leading to color revolution. Critical in coming weeks to embrace that we are 1 country with 1 primary goal - freedom. We need to trust President Trump,” he continued. 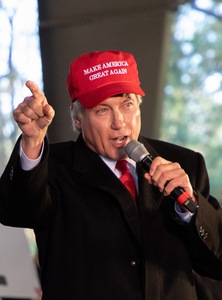 During a rally in Georgia on December 2, he alerted the participants of the threat posed by the CCP. He said he and other event participants are sending a message all the way to Beijing China that “it is 1776 in America again, and you are not going to take our freedom, we’re gonna fight for our liberty... it will never happen on our watch.”