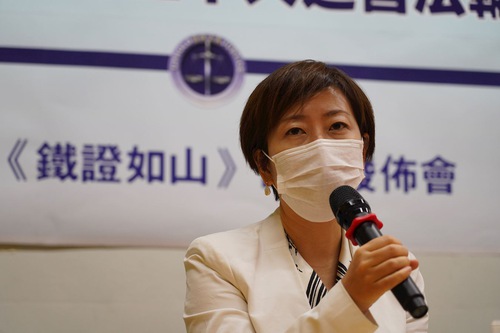 The CCP is Like a Dead Tree About to Fall 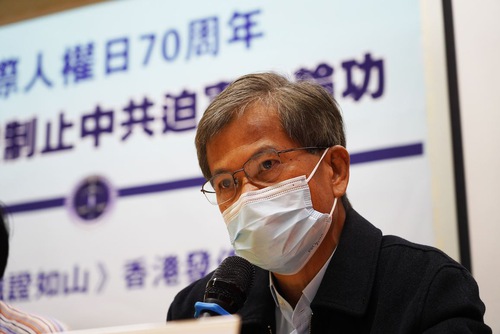 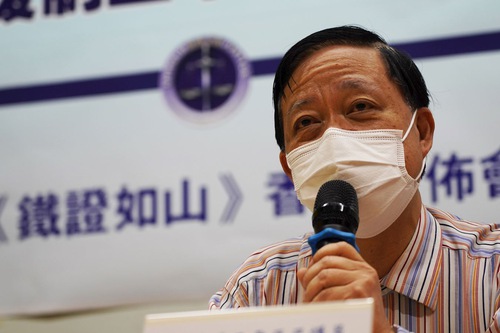 Pastor Fung Chi-wood said that the plight of human rights in China has worsened under the CCP’s control, like a dead car on a slope that is sliding down faster and faster. He said the CCP regime was like a dead tree that was about to fall and people should move away from it to avoid injury.

The CCP suppression has been weighing heavily on the people of Hong Kong, “We are waiting for the new era. Now is the darkness before dawn. Hong Kong people will suffer more, but we should be able to stand it,” Fung said. “Light will always defeat darkness, and good will always defeat evil. This is the unchanging truth and our belief.”

Justice Will Prevail Over Evil

Lawyer Chen Guangcheng, who is in exile in the United States, issued a video speech to be broadcast at the event. He first thanked the Hong Kong people for their attention to China’s human rights crisis and for exerting pressure on the CCP. 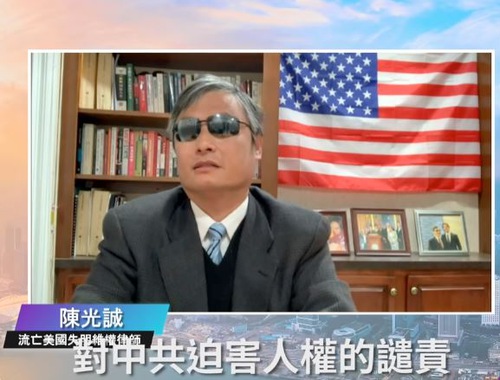 “Falun Gong practitioners continue protesting in China, making the CCP terrified,” Chen said, “However no matter how the CCP persecutes, suppresses, and imprisons practitioners, information on Falun Gong has spread across the country. The Party is very annoyed, but helpless.”

“The CCP’s persecution has no moral bottom line, it is beyond the imagination of good people. Therefore, it is hard for people to believe the live organ harvesting. Thanks to the efforts of Falun Gong practitioners and people from all walks of life, they have obtained a lot of information about the atrocities. The righteous forces will bring the CCP to justice for its crimes against humanity.”

Enver Tohti Bughda, a Xinjiang Uyghur doctor who is in exile in the United Kingdom, spoke via video about his personal experiences of participating in organ harvesting from death row prisoners in 1995. He said at the time he was brainwashed by the CCP and believed that death row prisoners were “enemies of the state.”

Only after coming to a foreign country did he realize that harvesting death row prisoners’ organs was a crime. “People have dignity and rights. A person’s life should not be transferred by the will of another person or an organization,” he said 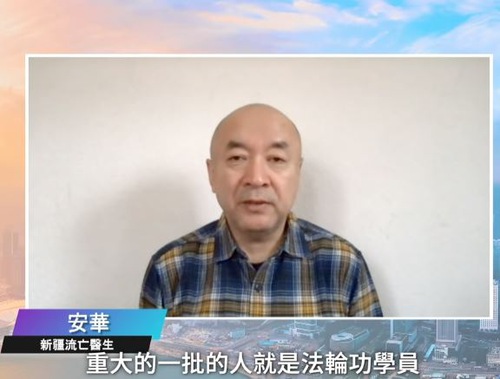 Enver Tohti Bughda, a Xinjiang Uyghur doctor who is in exile in the United Kingdom

Enver said the Party persecutes many people and a large number of those persecuted are Falun Gong practitioners. Falun Gong is a belief group. But the CCP does not allow people to have any beliefs other than communism or socialism. A spiritual or religious belief will be defamed as an evil cult. But this world does not support the persecution of people for their beliefs.

Enver wished that Chinese people could live with dignity and all groups that are persecuted could unite. “For our belief and keeping our belief, we fight with the evil CCP regime and stop its trampling people’s lives and property,” he said.

He commended the more than 300 million people who have withdrawn from the CCP and its associated youth organizations. He wished to awaken Chinese people’s consciences and make them aware of the CCP’s evil. The day that the CCP collapses will arrive soon, Enver said.