(Minghui.org) After over one year of detention, a Lanzhou City, Gansu Province resident stood trial on October 15, 2020, for his faith in Falun Gong, a spiritual and meditation discipline that has been persecuted by the Chinese communist regime since 1999. Mr. Han Xu is now awaiting a verdict at the Xiguoyuan Detention Center. 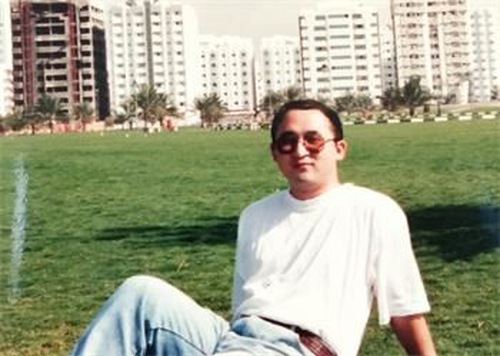 Mr. Han, 54, a former businessman proficient in four languages, was arrested on May 29, 2019, after being reported for passing out informational material about Falun Gong. The police didn’t inform his family of his arrest. They only found out about it while reporting his disappearance.

During his one year and five months of detention at Xiguoyuan Detention Center, the Lanzhou City Court canceled three hearings scheduled for November 14, November 22, 2019, and January 10, 2020, respectively, before finally holding a hearing on October 15, 2020.

Mr. Han was brought into the courtroom at around 10 a.m. on October 15, handcuffed and shackled. The bailiffs first refused to unlock the cuffs as requested by his family, but then relented when his lawyer said that it was illegal for the court to keep his client chained during the hearing. They removed Mr. Han's handcuffs, while keeping on his shackles.

“If my client didn’t even talk, then how did he promote Falun Gong?” asked the lawyer.

The prosecutor didn’t directly address the lawyer’s rebuttal, but repeated that Falun Gong has been designated as a cult, without providing any legal basis for the claim.

The lawyer also asked, “One of the witnesses said that my client Han Xu talked to him about Falun Gong at 2 p.m. and Han Xu was taken away by two officers at 2:05 p.m. According to the testimony by another witness, my client promoted Falun Gong to him at 2:40 pm. If my client has already been arrested at 2: 05 pm, how could he talk to people about Falun Gong again at 2:40 p.m.?”

Mr. Han also testified in his own defense, but the judge didn’t allow him to finish his argument.

After the persecution of Falun Gong started, his workplace fired him, and his wife also divorced him. He was arrested multiple times and sentenced to ten years in prison. He was beaten multiple times, handcuffed behind his back for long hours, shocked with electric batons, and also locked in solitary confinement for six years because of not giving up his faith.

“Young Man Tortured and Sexually Assaulted While Detained for His Faith”