California Rally Denounces Communism in America: “A Battle Between Good and Evil”

(Minghui.org) Hundreds of people participated in a rally in the California state capital, Sacramento, on November 14, 2020 to support President Trump’s re-election. Several participants said that the 2020 U.S. election is an important battle between good and evil. 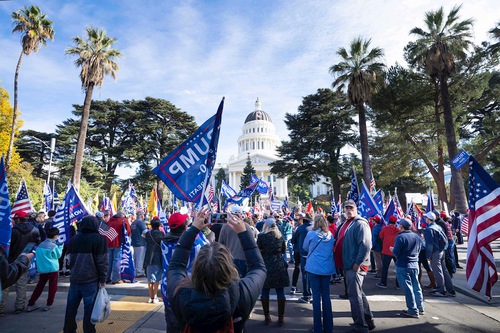 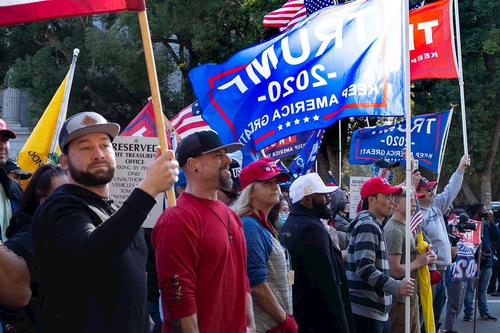 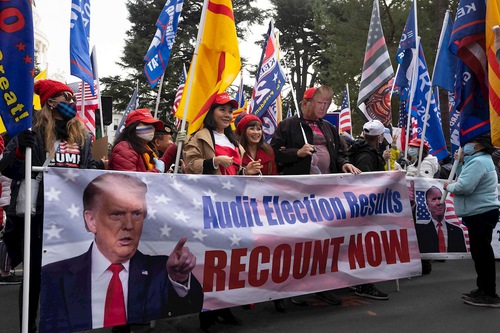 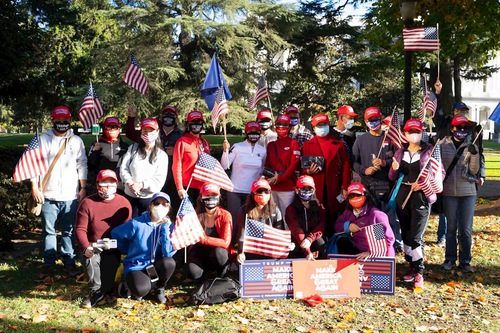 Hundreds of people participated in a rally in Sacramento to support President Trump's re-election on November 14, 2020.

“We Chinese friends from northern California came to support President Trump,” a young woman from mainland China surnamed Wang said. “We know how evil the Chinese Communist Party (CCP) is. It infiltrates all aspects of California, leading to rampant corruption. This voter fraud is a shameless attempt to shift the election to Joe Biden. We support President Trump. Justice will prevail! This is an important battle for mankind.”

Ms. Wang said that some people in the U.S. have done bad things and the leftist media does not report on them. Instead they promote false news, misleading many kind-hearted people. She came to the rally to let people know the true situation. 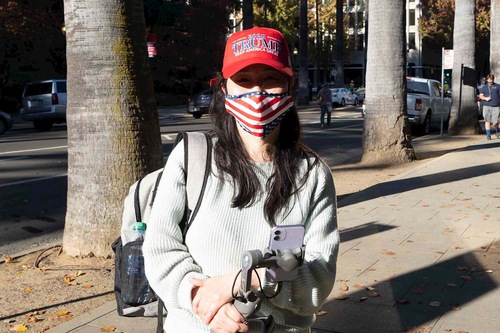 Ms. Wang believes the U.S. will have a bright future with President Trump.

Ms. Wang said they support another four years for President Trump because the Biden family is so corrupt. She believes that Biden’s son has accepted a lot of money from the CCP. His father, Joe Biden, has traded America’s national interest for money.

“We cannot let evil prevail and rule our world,” said Ms. Wang. “We follow President Trump for a bright future. We renounce communism in America.”

“I come from China, and I feel that communism has infiltrated our community. The leftists stole my posters supporting Trump. Freedom of speech, the rule of law and democracy are being taken away in the U.S.” 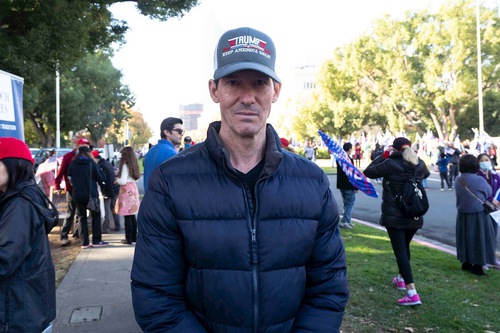 Eric Leisten, a Christian from Gold River in northern California, came to the rally and brought his children. He said he participated in the rally because he's worried about American democracy being challenged. He feels that what happened to usurp the election is a coup from the left.

“The coup is from an inside enemy, and those outside – the CCP,” Leisten said. “Communism and Marxism have infiltrated America.”

Mr. Leisten condemned communism. “The leftists behave like the CCP: control the media and spread lies, and use the terrorist organization ANTIFA to make trouble. They are following the communist agenda.”

He said that it's obvious that communism is evil as it deprives people of their rights and freedom. He feels this is a battle between good and evil.

“I think Trump is selected by God. He is a warrior for justice and truth.”

Yu from China: We Hope America Does Not Become Communist China 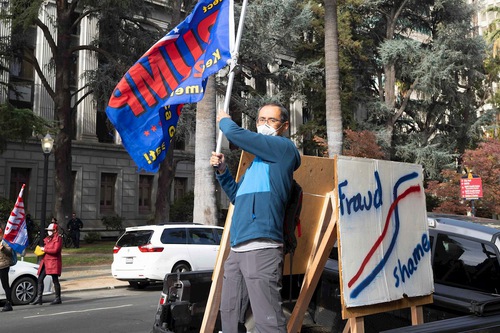 Mr. Yu drove five hours from Irwin in southern California to participate in the rally. He waved a large banner to support President Trump.

“I object to voter fraud,” Yu said. “They're trying to steal the country. If they succeed, the U.S. will become like communist China.”

Mr. Yu said he experienced the CCP’s control firsthand, “In China, people have no freedom. The CCP slaughtered people in June 1989. Now it suppresses Hong Kong. We cannot let the leftists control America.

“I support President Trump’s values: he upholds traditional culture. We need to respect freedom of belief and freedom of speech. The leftists are attempting to ruin America.”

He said he would not be surprised if the CCP is behind the election fraud.

The Election Is a Battle Between Good and Evil 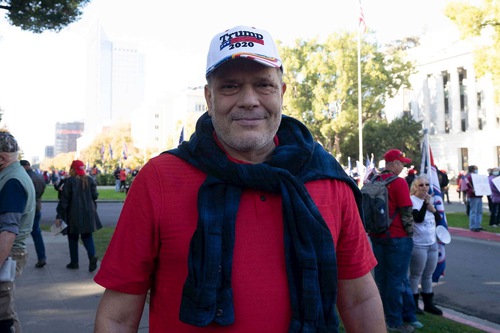 David Gaskell from Danville said he supports Trump, “The greatest president in the world. Trump will win the election if voter fraud is eliminated. People admire President Trump.” 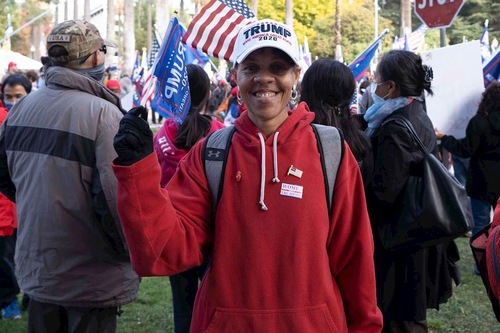 Kimberly Woods from Elk Grove in northern California said that those who oppose President Trump are trying to control freedom of speech.

Kimberly Woods traveled from Elk Grove in northern California and said that the leftists' manipulating the election is an attempt to control freedom of speech, silence righteous voices, and brainwash people, just like the CCP does. She said supporting Trump is very important and feels this election is a battle between good and evil.