(Minghui.org) Zhucheng, a county-level city in Shandong Province, has a history of more than 2,000 years. Inspired by the greatness of ancient Chinese culture, many local residents were excited to learn Falun Dafa, a traditional meditation system based on the principles of Truthfulness-Compassion-Forbearance.

As 2020 approaches, Minghui had received several letters from Zhucheng, describing the miraculous benefits of Falun Dafa. The authors are grateful for the blessings bestowed by Dafa and wish a Happy New Year to Mr. Li Hongzhi, the founder of Falun Dafa. 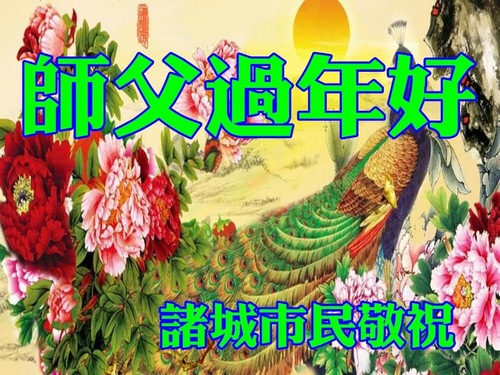 One man in his late 70s fell into a roadside ditch as he rode an electric tricycle in the fall of 2014. After being sent to the emergency room, he was diagnosed with bleeding on the brain and was in a life-threatening condition. “Because I had read Falun Dafa materials previously, as soon as I regained consciousness I began to recite ‘Falun Dafa is good.’ My recovery went so smoothly that the doctors were surprised. I know that Falun Dafa saved me – and not random luck. Thank you, Master!”

A 48-year-old resident of Changcheng Town wrote about an accident in winter four years ago. At that time, she used a coal burning stove at home for warmth. Her husband worked the night-shift, and upon coming home the next morning, he found his wife expired from carbon monoxide poisoning—she was lying in bed with no sign of life. As her family members arrived, her elder sister insisted on sending her to the hospital. Miraculously, she regained consciousness before the emergency vehicle got to the hospital. She recounted, “Everyone was both surprised and happy. I told them I often read materials from Falun Dafa practitioners and I had also quit the Chinese Communist Party (CCP) organizations. I hope that more people will be blessed like me.” 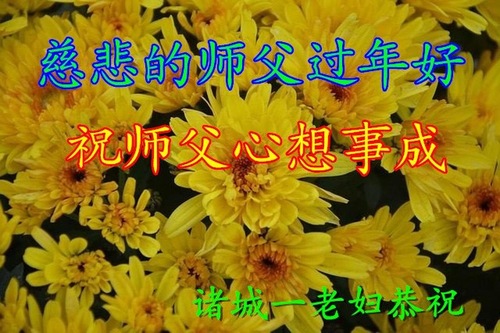 One woman, who lives near the birthplace of Shun (an ancient sage who lived about 4,000 years ago), learned Falun Dafa and recovered from incurable illnesses. Above is her New Year greetings to Master Li.

Another woman had surgery in 2005 due to intestinal obstruction. The complications were severe and even the doctors lost confidence. She'd heard about Falun Dafa from a neighbor and decided to give it a try. “Not long after that I recovered, and I have been healthy since then. When other people asked me how I survived, I always told them my secret—Falun Dafa,” she wrote. 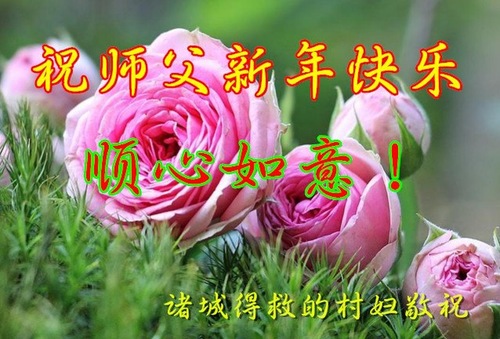 In 2017, a 51-year-old woman in Wangjiazhuangzi Village of Shunwang Community was diagnosed with cervical cancer. She decided to receive medical treatment. While she was hospitalized at Qingdao University Medical College Hospital, a Falun Dafa practitioner who visited her recommended that she recite “Falun Dafa is good” on a regular basis. She followed the advice and recited the phrase every day. Her health improved quickly and she was able to return home within one month. “The doctor was very excited about my quick improvement. Whenever someone asked, I would tell them this miracle of Falun Dafa,” wrote the woman.

A 73-year-old Zhucheng City resident said he used to be very weak and needed to have shots every winter. “I went to Qingdao University Medical College Hospital twice, but no doctors could find out what went wrong. In the meantime, my health deteriorated year after year,” wrote the man. Upon a recommendation from friends, he bean to listen to Master’s audio lecture. “Within five days, all of my symptoms disappeared and I felt very relaxed. Several years have passed and I no long need to see a doctor anymore,” the man wrote. “That is why I want to sincerely thank Falun Dafa and Master Li. Happy New Year, Master Li!”