(Minghui.org) Falun Gong practitioners participated in Labor Day parades in two cities near Washington, D.C. on September 2, 2019–one in the morning in Kensington, MD and another in the afternoon in Gaithersburg, MD. 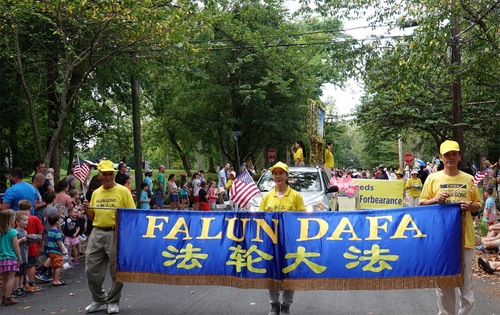 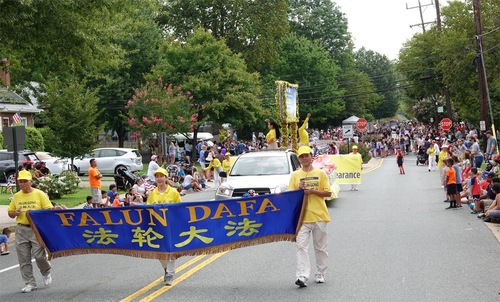 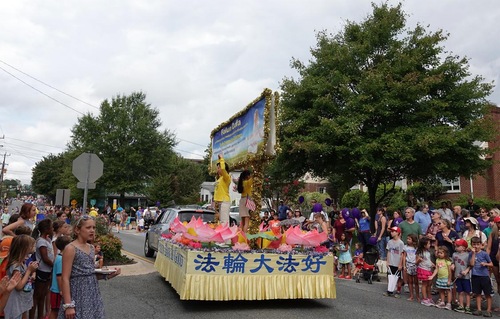 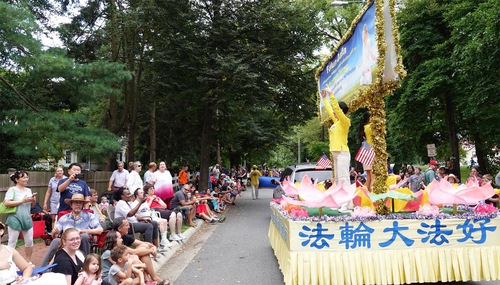 Practitioners demonstrate the Falun Gong exercises on the float 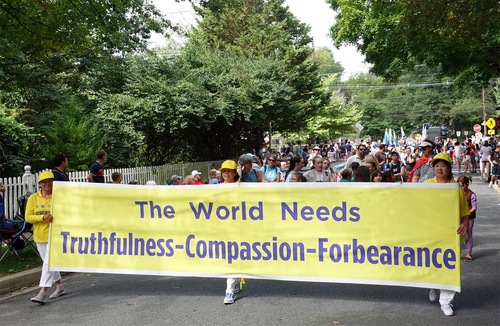 Falun Gong practitioners hold a banner in the parade 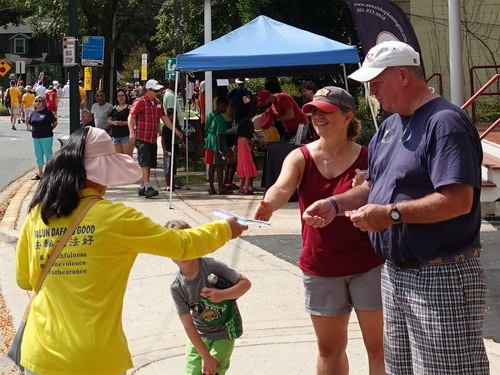 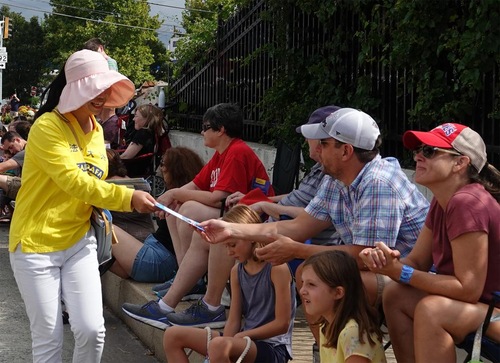 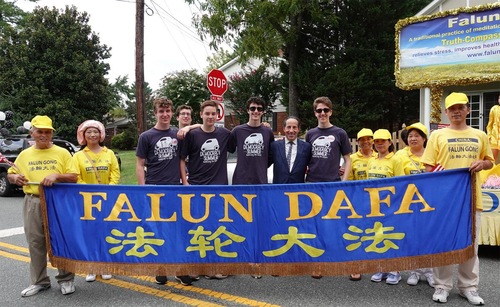 US Congressman Jamie Raskin was photographed with Falun Gong practitioners. Ruskin said that this was his first time seeing practitioners in a parade. 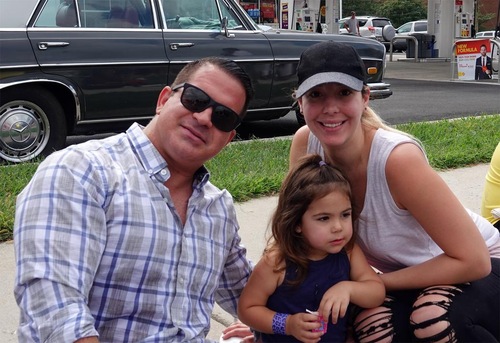 C.J. Hamidi, his wife, and his daughter watch the parade. He said Falun Gong’s principles of Truthfulness-Compassion-Forbearance are good for society. 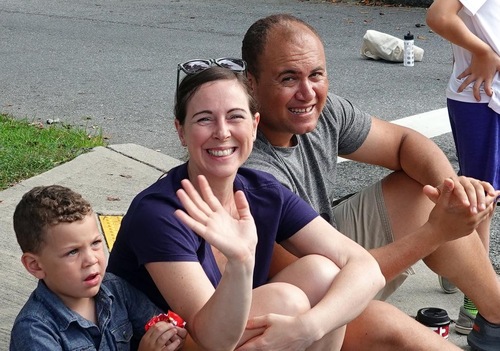 Mike, Jennifer, and their son watch the parade. They applauded the Falun Gong team. 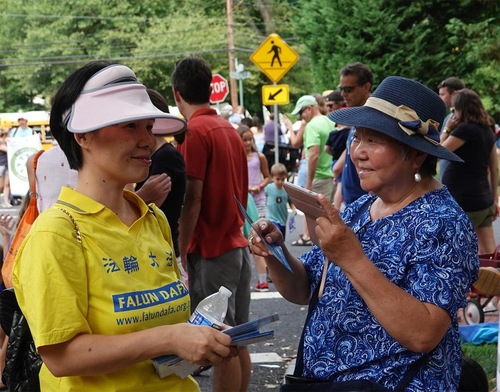 Chinese resident Yanqing Zhang takes photos of the Falun Gong team and learned more about the meditation practice from practitioners. She commended Falun Gong for bringing peace to the community. 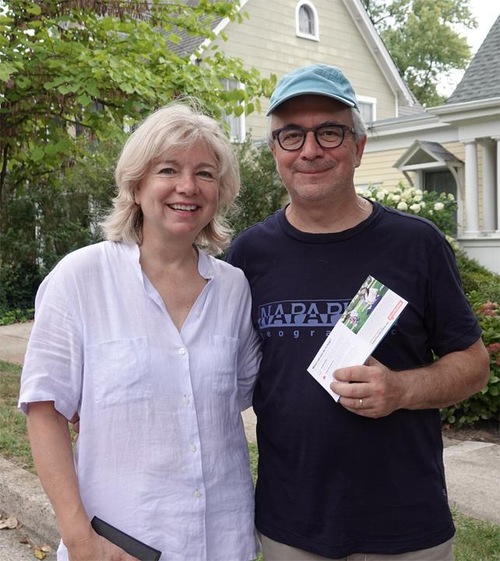 Christina and her husband

Christina and her husband had heard of Falun Gong. Her husband said, “The message of Truthfulness-Compassion-Forbearance is important. It is what our society needs.” 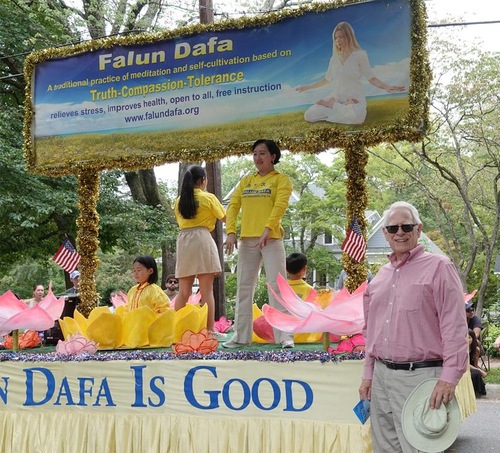 Phillip Adgett knew about the Chinese Communist Party’s (CCP) persecution of Falun Gong. He said, “Freedom of speech and freedom of belief are very important. Every single voice will make the rock melt. They [Falun Gong practitioners] will win. God is with them!” 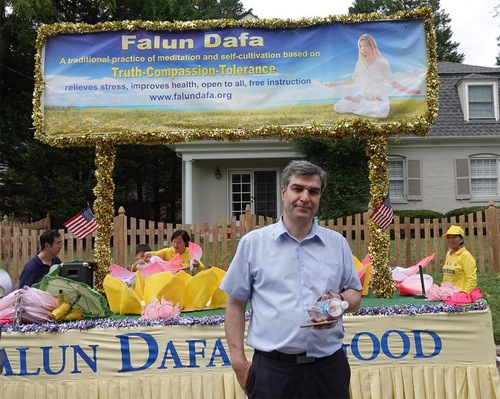 Ali, a policymaker for federal agencies, said he had heard about the persecution in China before.

Ali is a policymaker for federal agencies and a professor of IT management at George Mason University. He said he would help raise awareness of the persecution. 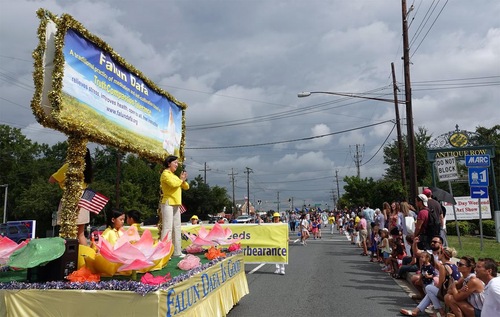 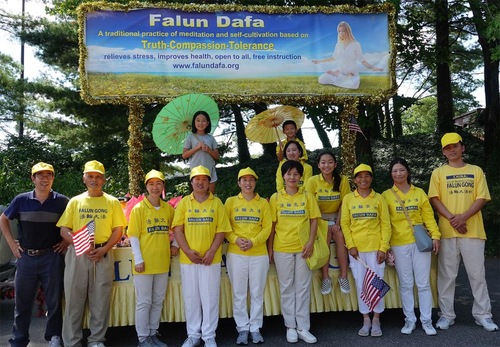 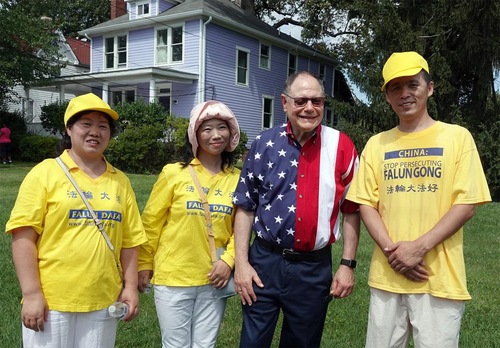 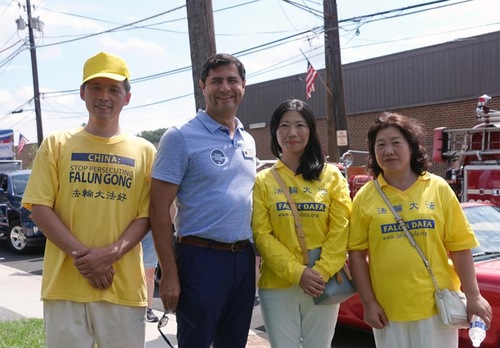 Council member Gabe Albornoz of Montgomery County said practitioners’ message of Truthfulness-Compassion-Forbearance is more important than ever, not only in the United States but also worldwide.