(Minghui.org) Falun Gong practitioners from Indonesia held weekend-long activities to introduce the spiritual and meditation practice to the public. They arranged themselves to form the Chinese characters for “Falun Dafa” on Sanur Beach in Bali on Friday, September 20, 2019. They then held an experience-sharing conference the next day, followed by a large parade and public activities on Sunday, September 22.

With detailed planning and cooperation of hundreds of practitioners, the characters “Falun Dafa” formed a grand scene under the brilliant blue sky.

Hundreds of Falun Gong practitioners from Indonesia formed the characters “Falun Dafa” on Sanur Beach in Bali on September 20, 2019.

Practitioners gathered to do the Falun Gong exercises on Renon Square before the parade on Sunday. 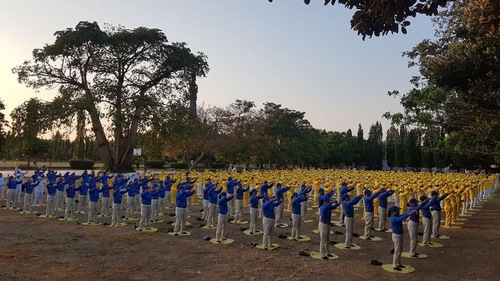 Practitioners do the Falun Gong exercises on Renon Square before the parade on September 22, 2019. 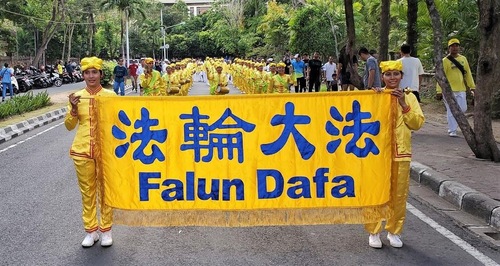 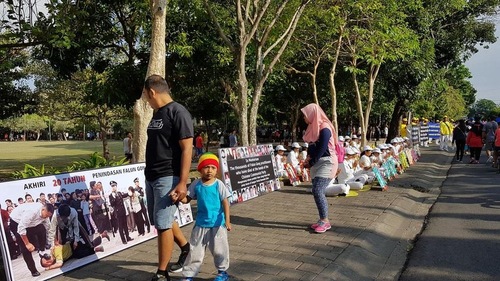 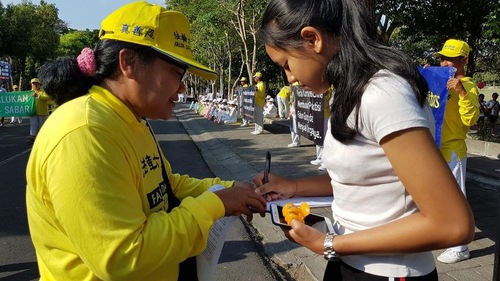 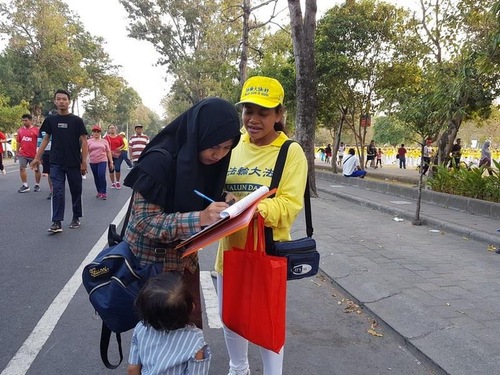 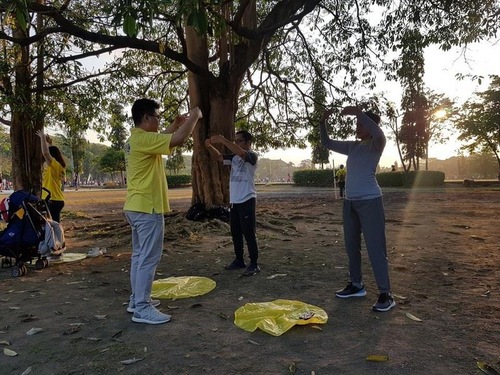 Local residents learn the Falun Gong exercises during the activities held in Bali.

The Tian Guo Marching Band led the parade, followed by practitioners displaying large banners. Next came an exercise demonstration team, practitioners dressed in ethnic costumes and as heavenly maidens, and a flag team. Waist drummers played powerful music at the end of the procession.