(Minghui.org) The award-winning documentary film Human Harvest was screened in RecWest Community Center in West Melbourne, Australia on the evening of September 6, 2019. Nearly 80 people from the Vietnamese community watched the film.

Human Harvest is a documentary that follows Nobel Peace Prize nominees David Matas and David Kilgour as they investigate the atrocities of illegal organ harvesting in China, particularly from Falun Gong prisoners of conscience. (humanharvestmovie.com)

The film won one of the 74th Annual Peabody Awards for a Documentary in April 2015.

After the screening, Bernie Finn, a member of the Victorian Legislative Council (the Upper House), Bon Nguyen, national chairman of the Australian Vietnamese community, and Zhonghua Xiao, president of the Epoch Times in Melbourne discussed the film with the audience.

They condemned the Chinese Communist Party’s (CCP) state-sanctioned live organ harvesting from Falun Gong practitioners and other prisoners of conscience in China. They discussed how to stop the CCP’s persecution of Falun Gong. 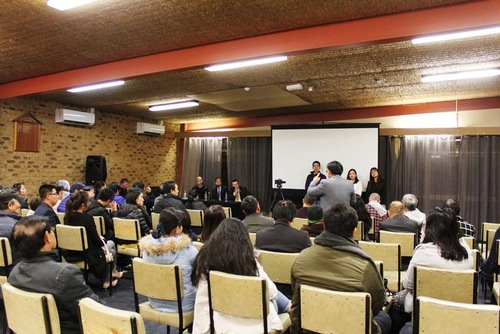 A discussion was held after the film

Chairman of the Australian Vietnamese Community: The CCP’s Persecution of Falun Gong Is Most Cruel and Inhumane 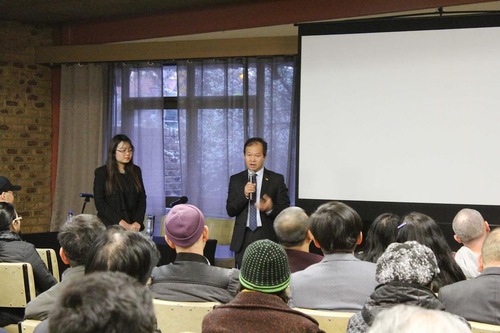 Bon Nguyen, national chairman of the Australian Vietnamese community said he always supported the Falun Gong group’s effort of protesting the persecution. He said, “The CCP regime is killing people. But the persecution of Falun Gong is the most cruel and inhumane.

“Falun Gong practitioners only wish to practice peacefully. The CCP arrests and imprisons many practitioners, even conducting live organ harvesting.”

He said this year, the international independent China Tribunal clearly stated the existence of large-scale live organ harvesting in China although the CCP denied it. In China, organs are clearly priced. When people need organ transplants it is likely that these imprisoned Falun Gong practitioners will become victims.

He continued, “The CCP uses various means to force many Western countries to not dare to publicly criticize the CCP. Although they all know how brutal the CCP is, they deliberately refuse to let the media report on it.

“I believe that such ideas and practices must change. Regrettably, the organizers of the film screening were rejected by the local city council during their application for the venue. Think about it, a large number of innocent people in China are facing the danger of being killed for organs. We are consumers of many Chinese-made products. We must speak out.”

He added, “In Australia, we respect human rights and universal values. So Australians should tell the CCP: you must consider the consequences. We cannot tolerate you killing your own Chinese people.

“But as Vietnamese, I think If we do not stand up to help stop the persecution, such things will eventually happen in Vietnam. So today we are here to support the Falun Gong practitioners and condemn the CCP’s atrocities.”

Phong Nguyen, chairman of the Victorian branch of the Vietnamese community in Australia, said, “The film is very impressive. Although I knew some background before, I was shocked when I watched it. The logic of the film is rigorous. It makes me realize the moral obligation to do something. I think everyone here has the same feeling.” 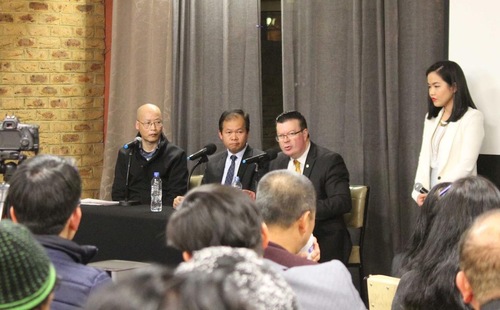 Bernie Finn, a member of the Victorian Legislative Council

Bernie Finn, a member of the Victorian Legislative Council, has been supporting Falun Gong practitioners for many years. He condemned the CCP’s persecution of human rights. He said that Australian and Victorian governments should pass legislation to ban Australians participating in the live organ harvesting and sanction human rights perpetrators.

Mr. Finn thought that it is most important for Australian companies to be forbidden to participate in the barbaric behavior shown in the film. The Chinese Communist regime has no morality and carries out such despicable behavior.

He said that Australians should be informed that they would face consequences if they are involved in such behavior. He therefore strongly advised the people who watched the film to raise concerns about the issue to their federal Members of Parliament.

Mr. Finn also said that the Chinese Communist regime suppresses people's freedom. No one in China is allowed to have opinions that the CCP does not agree with. Otherwise, they will be persecuted. This is what is happening now.

He pointed out that in Australia, people not only have the right to make statements against human rights violations, but are obliged to do so for those who cannot speak and face danger every day. Even though the CCP has been trying to influence the Australian media, political parties, and even the Australian government, they cannot win.

“Podcast (Cultivation): “What I Saw in Other Dimensions-Eliminate Negative Substances That Drag Us Down””