(Minghui.org) A former police inspector in Huanan County, Heilongjiang Province, credits Falun Gong for returning him to health and enabling him to become a better person, but he suffered unspeakable abuse during his 14 years of detention for refusing to renounce his faith.

Mr. Shang Xiping, 54, became a target when the Chinese communist regime began to persecute Falun Gong, a mind and body improvement system, in July 1999. He was detained six times in the past 20 years and once used as a human test subject for a month after he was arrested in Beijing in 2001.

While he was serving a ten-year prison term between 2005 and 2015, his kneecap was fractured in a beating, he was force-fed until near death, and he was subjected to brainwashing and sleep deprivation, all for refusing to give up his faith.

He has been struggling financially since he was released from prison in 2015, as he hasn’t been allowed to work because of the persecution. 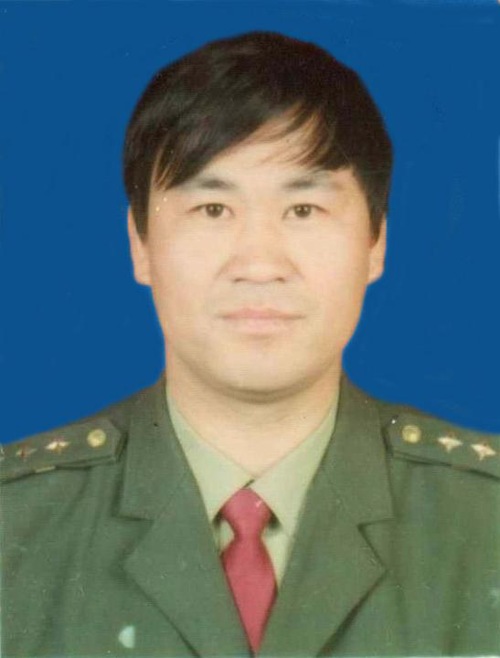 Mr. Shang’s wife, Ms. Cheng Shujie, also practices Falun Gong. For 16 out of the 20 years the persecution has gone on, the couple were separated because they were both detained for their faith.

When Mr. Shang was released in 2015, Ms. Cheng was still serving a four-year term at Heilongjiang Women’s Prison following her arrest on March 19, 2014 for giving out fliers with information on her husband’s persecution. He visited her every month until she was released in 2017. 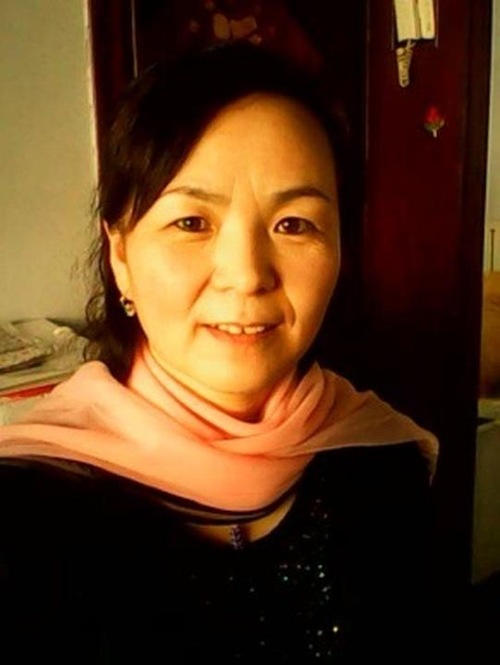 Mr. Shang and Ms. Cheng began to practice Falun Gong around 1996. Between November 1999 and January 2000, Mr. Shang was arrested three times and detained for a total of 84 days.

Mr. Shang was arrested by Dewai Police Station officers in November 2001 and held in Xicheng Detention Center in Beijing. He was taken to the basement of Beijing Public Security Hospital and tied down to a bed. Three other people were also being tested at the same time.

Medical personnel watched them closely every day, giving him and the others unknown substances and intravenous injections. Their responses were recorded, but they were not told what drugs they were being given.

Mr. Shang believes that he was used as a human subject to test new drugs. The police secretly offered up prisoners for illegal clinical trials. The medical personnel attempted to do puncture tests on Mr. Shang because they were curious about his condition after three weeks on a hunger strike.

Mr. Shang was released a month later in December 2001 because he was in poor health.

The Huanan Forest Bureau police picked up Mr. Shang from Beijing Public Security Hospital and tortured him in a local hospital. He was forced to wear shackles and was force-fed and injected with unknown substances.

At times, he was subjected to brainwashing even after he had just regained consciousness from being shocked with electricity or just passing out.

Mr. Shang started eating again after 32 days on a hunger strike and was then taken to a forced labor camp for 18 months. The labor camp initially refused to admit him because he was in such terrible condition, but the police extorted 2,000 yuan from his wife so they could bribe the camp authorities to ignore his health and accept him.

In Jiamusi Forced Labor Camp, Mr. Shang was placed in solitary confinement and forced to sit on a round plastic stool that was 20 cm (8 in) in diameter and height.

Sitting still on stools like this for hours causes a person’s buttocks to abscess. He refused to cooperate and was locked inside of a storage room, which was full of bugs, for five days.

He was handcuffed to a heating pipe on the ground for 23 days after he was found doing the Falun Gong exercises.

He was later restrained to an iron chair and kept awake around the clock. He had to watch videos slandering Falun Gong and was assaulted if he closed his eyes. After 12 days he suffered memory loss and went into shock.

Mr. Shang was often surrounded by guards and brutally beaten for trivial reasons.

As he left the camp on the day he was released, officers from Huanan Forest Area Police Department seized him and put him in a detention center for a month.

Sentenced to 10 Years in Prison and Tortured

The police arrested Mr. Shang and his wife in their store on September 30, 2004. Officers confiscated their cash along with several Falun Gong books.

Mr. Shang sentenced to four years in prison in March 2005, and his wife was given a one-year term. He escaped two months later, only to be arrested again in September 2005.

He was held in Hegang City 2nd Detention Center and relentlessly tortured.

He was tied to a chair while sitting on the ground. The police repeatedly covered his head with a plastic bag, removing it just before he was about to suffocate and faint.

A man stood on his legs while another hit his legs with a washboard until the board broke. Two officers hit his back and joints with a shovel. Several washboards were broken during the three days he was beaten. Mr. Shang’s right kneecap was shattered, and he couldn’t walk for the next three months.

Mr. Shang was tried in Xiangyang District Court in Hegang City and sentenced to 10 years in 2006. He was held in Xianglan Prison for a week before being transferred to Lianjiangkou Prison in Jiamusi City.

When Mr. Shang refused to wear a prisoner’s name tag, a captain hit him until he bled.

On February 21, 2011, the guards singled out five practitioners, including Mr. Shang, for extra torture in an attempt to force them to give up their faith.

They went on a hunger strike in protest. Nine days later, on March 1, Mr. Shang's family visited him and saw two guards carry him out. He looked disfigured because he had been violently force-fed the whole time.

Mr. Shang was transferred to Hulan Prison in October 2013 and denied family visits.

He was put in solitary confinement when he arrived and suffered unspeakable treatment over the next 70 days.

It was winter and there was no heat in the room. Allowed only a thin layer of clothes, he couldn’t sleep for more than 10 minutes before having to get up and move to warm himself up.

Five metal rings were anchored to the ground. He was made to lie down in a stretched-out position with his limbs chained to four of the rings while the fifth ring poked him in the back.

All he had to drink was water from the toilet, and he wasn’t given anything to clean himself with. He ate twice a day without a bowl or chopsticks.

The head of the local 610 Office talked to him four times during the 70 days, offering to release him if he renounced Falun Gong. Mr. Shang refused to comply.

He was released in September 2015.