Sweden: Many Learn about Falun Gong During Linköping City Festival

(Minghui.org) Thousands of people from around the world passed by the centrally positioned Falun Gong booth during the annual Linköping City Festival on August 22-24 2019. Linköping is the fifth largest city in Sweden.

Local practitioners of Falun Gong, also known as Falun Dafa performed the five meditation exercises of this ancient spiritual discipline, talked to passersby, and invited them to sign a petition appealing to stop the persecution of Falun Gong in China. Practitioners also taught festival-goers how to make origami lotus flowers. 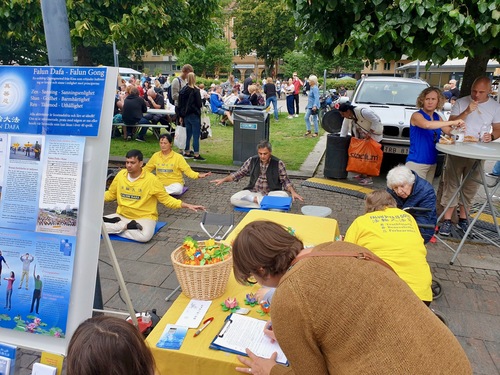 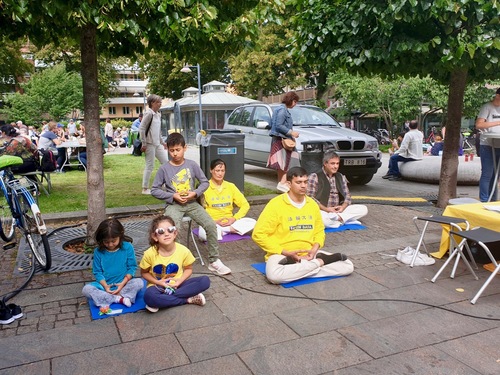 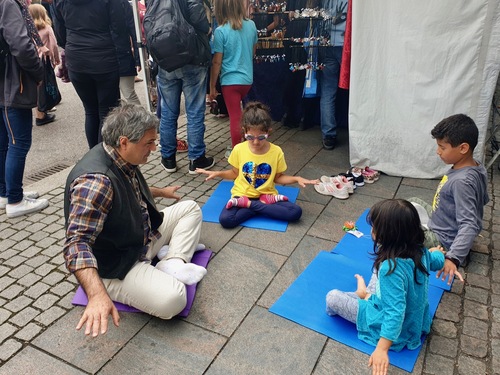 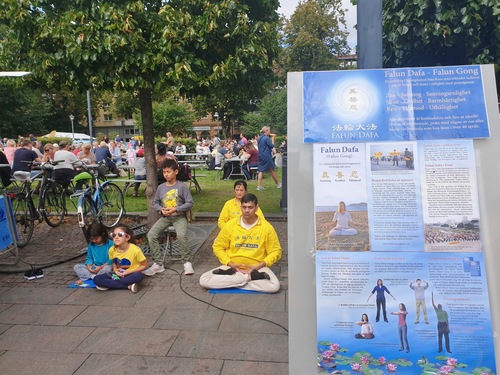 Children from an Iranian family learn the fifth exercise, the sitting meditation.

A family from Iran stopped to talk to the Falun Gong practitioners. The three children wanted to learn the meditation exercises and instantly began following the movements. The father remarked, “It is good for the children to meditate. It makes them calm.” 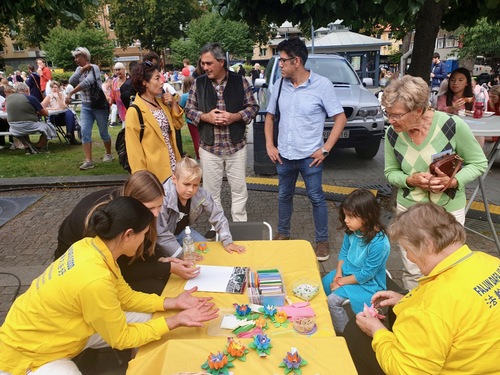 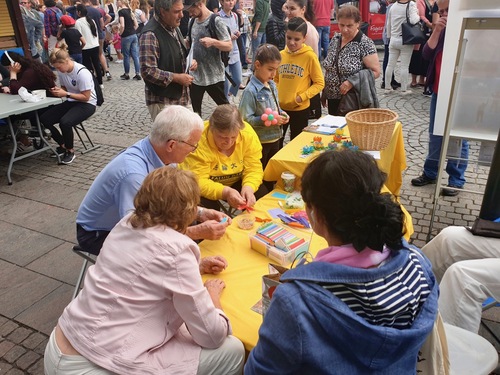 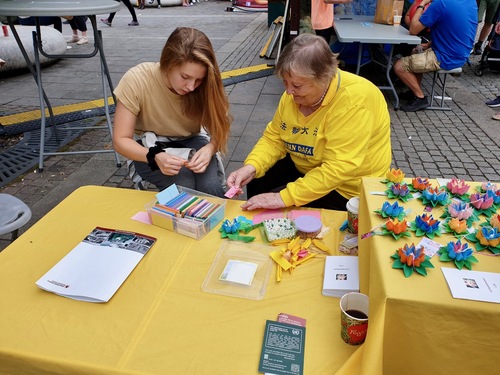 The colorful origami workshop attracted young and old. Many sat down for hours, to fold paper flowers and listen to the lotus stories narrated by one of the Falun Gong practitioners. The lotus flower has a special meaning in the Asian culture: it signifies the strength of the human spirit, which, just like the lotus flower pushing its way through the mud, cannot be suppressed and always finds its way to the surface.

Many Chinese students and families passing by were also stunned at the sight of the Falun Gong booth. Some stopped to take a flyer and take pictures and videos. In China, Falun Gong has been banned since 1999, due to its huge popularity that was seen as a threat by the ruling Chinese Communist Party (CCP). Because of the defamatory state propaganda, Chinese people are afraid to talk about Falun Gong and some are even influenced by the lies spread by the CCP. Seeing how Falun Gong is freely practiced and supported by mainstream society really impressed them. 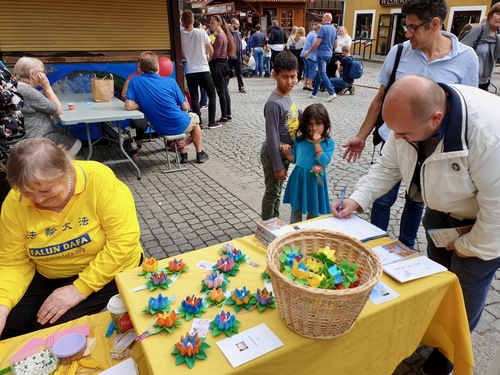 Signing a petition calling on the Swedish government and the Municipality of Linköping to help stop the persecution of Falun Gong in China.

Especially surprising for the Chinese was that people signed a petition calling on the Swedish government and the Municipality of Linköping to help stop the persecution of Falun Gong in China. The petition further supported the efforts to put on hold the cooperation between Linköping and its twin-city, Guangzhou. The efforts, initiated by local politicians and recently joined by Falun Gong practitioners, are based on findings of brutal human rights abuses against Uyghurs, Tibetans, and other minorities, including forced organ harvesting from Falun Gong practitioners in state hospitals in Guangzhou.