“Keep up with the progress of Fa-rectification and make an overall breakthrough in Europe. While cultivating yourselves well, you should be doing well at saving sentient beings.” (“To the Fa Conference in France”)

Practitioners from various regions in France including Marseille in the south, Nantes and Bordeaux in the west, Jura and Colmar in the east, as well as Paris and Lille in the north participated in the conference. A number of practitioners from Belgium, Holland, Finland, Germany, and Switzerland also attended the conference. Twelve people shared their insights gained, and progress made in cultivation while participating in truth clarification projects. 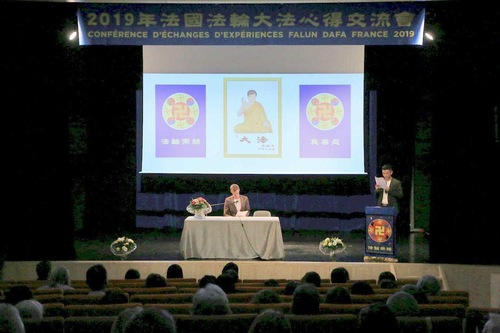 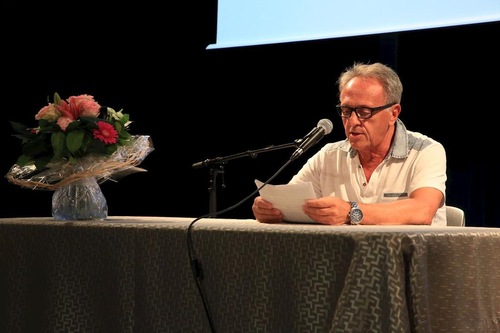 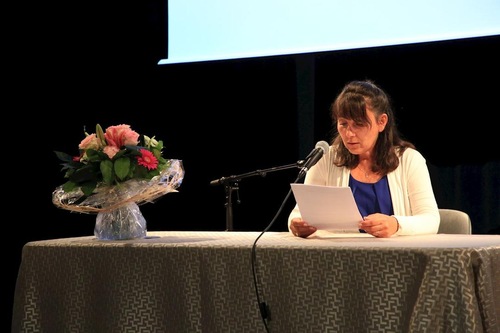 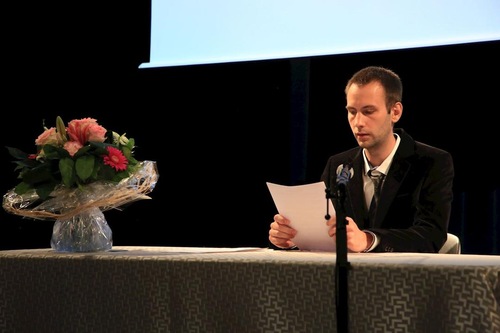 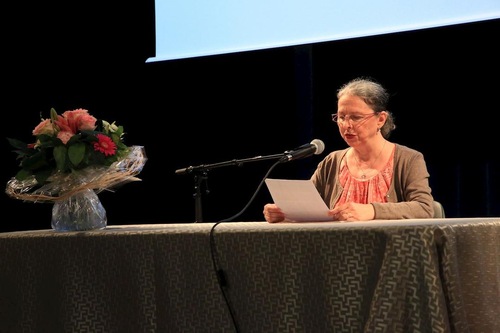 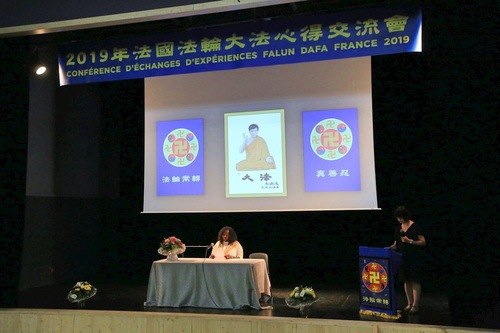 Finding a Way to Connect with One's Soul

Bertrand Foury a Frenchman began to practice Falun Dafa two years ago. He said that he had tried many forms of religious and non-religious beliefs throughout his life but none of them were what he was searching for until he read Zhuan Falun, the main book of Falun Dafa. He realized he had found a way to connect with his soul and became a practitioner.

He also said, in reading the Fa, he understood the many Dafa principles as if doors and locks were opened, one after another. He feels that attachments, sentiments, and desires are like layers of mud covering his true self. He has to catch hold of them and control and eliminate them in order to progress in cultivation.

Bertrand learned to treat cultivation seriously, and use every opportunity to make improvements. His advice to fellow practitioners is to seize every moment to practice cultivation, as to have no regrets.

Changing the Environment at Work

Dominique Turc teaches young people with autism or who were diagnosed with a mental illness. She took leave for three years due to violence and pressure at her workplace. During that time she began to practice Falun Dafa. When doing the exercises and studying the teachings, she found the strength and motivation to return to work. Guided by the principles of “Truthfulness-Compassion and Forbearance,” she changed her surroundings, and for the first time experienced a peaceful year at work, without any harassment or torment. This year she went on a tour with her students for the first time. Everyone complimented and congratulated her on the efforts she put into her work.

Axel Tantin got into drugs at the age of 15 to be part of his group of friends. Then, his memory started deteriorating, and he found that he was addicted. His cousin introduced him to Falun Dafa, but still he could not get rid of his addiction. After he asked Master Li for help, he found it very easy to stop taking drugs. He is very grateful to Master for helping him get rid of his addiction.

Cooperating with Others in Shen Yun Reporting

Ms. Huang who is a coordinator for Shen Yun reporting used to think she had to take on most of the workload in order to prove herself capable of being a coordinator. She was always dissatisfied with her co-workers. She learned not to resent others when faced with problems, and instead help her team members overcome difficulties. She shared that although this year the number of people on her reporting team was reduced by half, work efficiency improved. Everyone did their best, and the whole reporting process went smoothly.

“During the Battle Between Righteous and Evil, U.S. Elected Officials Choose to Support Falun Gong”

“My Life Has Been Extended By Falun Dafa”