(Minghui.org) A woman nearly 80 years old was among the 15 Falun Gong practitioners arrested in Jiamusi City, Heilongjiang Province, between July 25 and 27, 2019, in a new round of harrassment targeting their spiritual belief in Falun Gong.

More than ten officers from thec Qianjin District Domestic Security Division descended on Ms. Fan Guiqin's home on the morning of July 26, 2019. They ransacked it without a search warrant and arrested her in front of her bedridden husband. 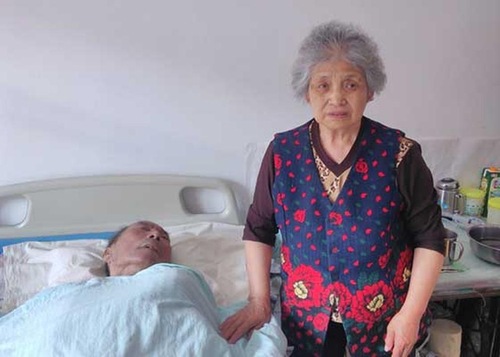 Ms. Fan's husband Mr. Wen Defang, a veteran of the Korean War, suffered a stroke and has been bedridden and incontinent for 15 years, during which time he has relied on his wife to help him with his basic needs. Her arrest has left him struggling to find a caregiver.

It was reported that the police are planning to submit Ms. Fan's case to the {{procuratorate}.

“Anhui Man Who Once Served 14.5 Years in Prison Jailed a Third Time for His Faith”