(Minghui.org) Practitioners of Falun Gong, also called Falun Dafa, around the world held activities over the weekend of July 20 to mark the 20th anniversary of Falun Gong's peaceful resistance to the Chinese Communist Party's (CCP) persecution.

Practitioners in the Dominican Republic held events to introduce Falun Gong and to expose the CCP's persecution of the practice in China in Santo Domingo's parks, Chinatown, and tourist sites on July 20 and 21. 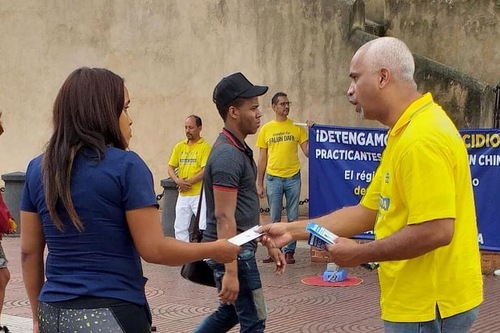 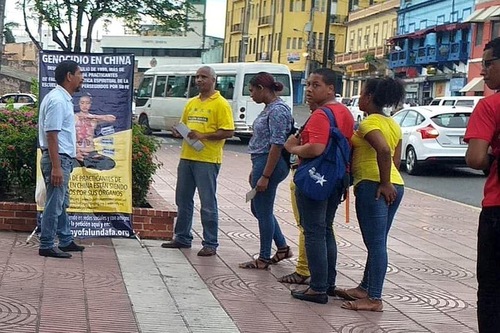 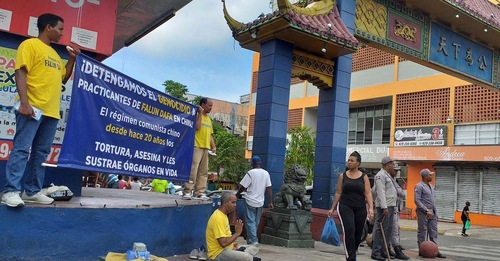 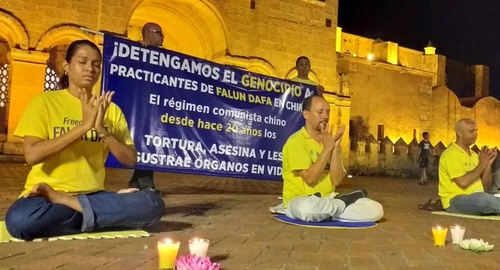 Practitioners demonstrated the five exercises, distributed informational fliers, and exposed the CCP's atrocities, especially its crime of harvesting organs from living Falun Gong practitioners. Everyone they told was shocked to hear of the brutality of the CCP's persecution. They condemned the CCP for its barbaric crimes.

Greek practitioners gathered on Syntagma Central Square in Athens on July 19 to mark the 20th anniversary of the CCP's persecution of Falun Gong in China. Passersby asked: “Why didn't we know about this?’’ and “How can we help stop it?’’ 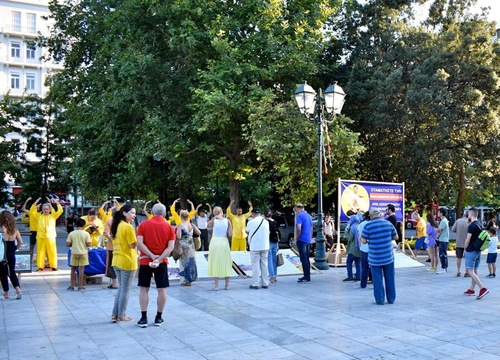 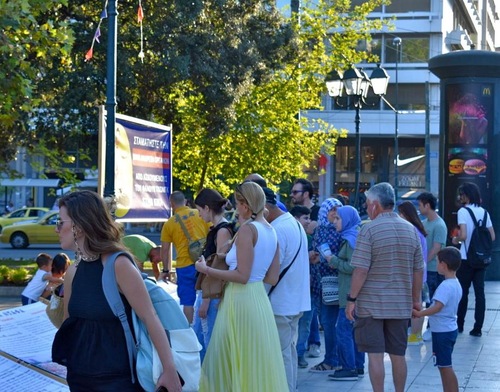 Practitioners demonstrated Falun Dafa's calm and gentle exercises. People were fascinated by the great energy they felt as they watched. Greeks and tourists from other countries took information about the persecution of Falun Gong and the organ harvesting atrocities perpetrated by the CCP. They said it was crazy for the CCP to persecute its own people and the nation's traditions in such brutal ways. Many people signed the petition to end the persecution and wanted to learn the exercises.

Practitioners also introduced Falun Gong to all the classes in the Iliohamogelo preschool on July 23 and 24. 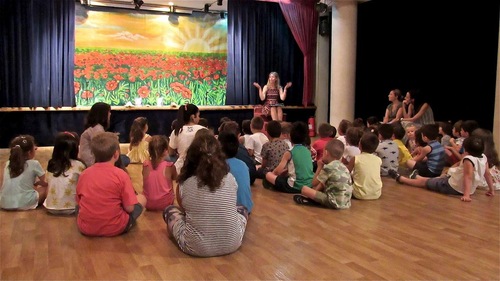 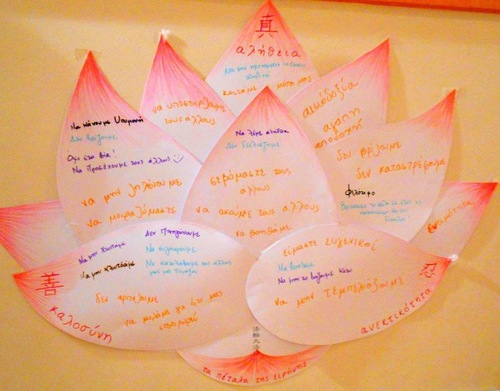 A paper lotus flower with the students' understandings of the Falun Gong principles of Truthfulness, Compassion, and Forbearance