Belated News: Father and Son Pass Away Nine Months Apart, from Persecution of Their Shared Faith

(Minghui.org) The ordeal of a family from Linjiang City, Jilin Province started when the Chinese communist regime ordered the persecution of their spiritual belief in Falun Gong in 1999.

Because they did not renounce their shared faith, Mr. Wang Shuqin and his two sons were repeatedly arrested and detained. He and his older son, Mr. Wang Mingzhi, passed away one after the other, between 2016 and 2017, after a decade of suffering.

The family of four then had only two members left, when the mother suffered a stroke and became paralyzed after taking care of her husband for 11 years. Their younger son also suffers from poor health after serving a lengthy term for his faith. 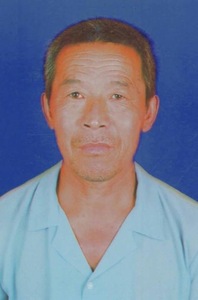 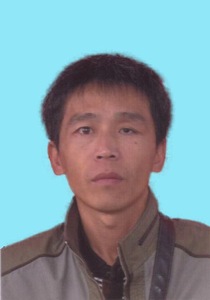 With the onset of the persecution in 1999, the authorities forced Mr. Wang to turn in all of his Falun Gong books and write a statement renouncing his faith.

He was later given a 2.5-year term at Chaoyanggou Forced Labor Camp without due process, following his arrest in March 2002.

The labor camp guards injected him with nerve-damaging drugs that caused him to develop dementia, memory loss, and almost complete loss of his eyesight.

Yang Guang, the head of the labor camp, extorted 2,000 yuan from Mr. Wang's family before releasing him around the Chinese New Year in 2004.

Mr. Wang remained bedridden for the next 11 years, and was cared for by his wife, Ms. Meng Zhaomei, who had a stroke on February 3, 2015 and became paralyzed herself.

With both of his parents bedridden, Mr. Wang Mingzhi took on the responsibilities of caring for them, despite having a disability himself, and contracting tuberculosis while serving time at Chaoyanggou Forced Labor Camp.

Not long after he began to take care of his parents, he also succumbed to the physical exhaustion. He passed away on May 20, 2016 at the age of 44.

After Mr. Wang's tragic death, his younger brother, Mr. Wang Weizhi, who had been imprisoned for seven years and three months for practicing Falun Gong, began taking care of his parents.

He soon suffered a lumbar disc herniation and was unable to get up, due to intense back pain. He had to send his mother to an assisted living center.

In the next few months, the family patriarch, Mr. Wang Shuqin's, condition deteriorated quickly. He became incontinent and delirious. After 13 years of suffering, he passed away on February 10, 2017, at age 66.