Berlin: Chinese Learn the Facts of Falun Gong at Parade and Rally

(Minghui.org) Falun Gong practitioners in Germany, and other European countries, held a parade, rally, and other truth clarification activities in Berlin from August 10-11, 2019. Many Chinese locals and tourists took the opportunity to learn the true story of Falun Gong. Some quit the communist organizations that they had joined. 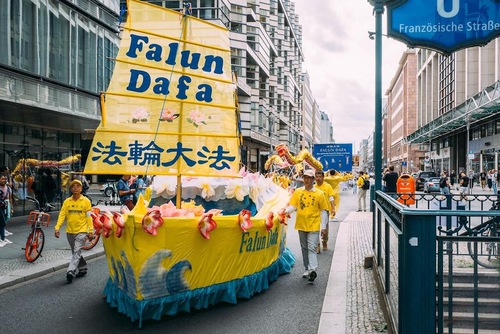 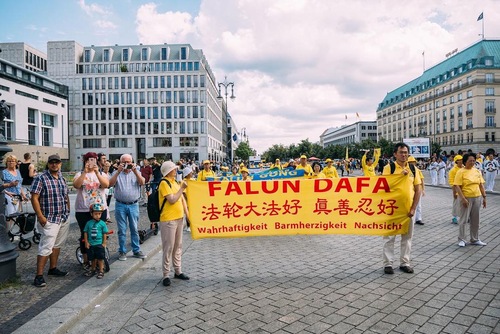 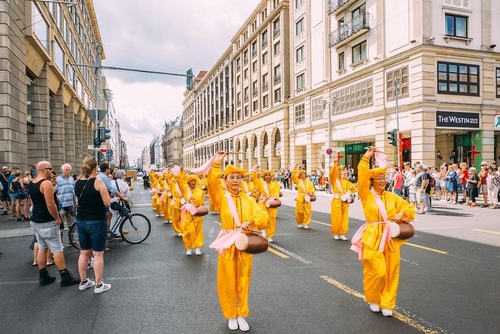 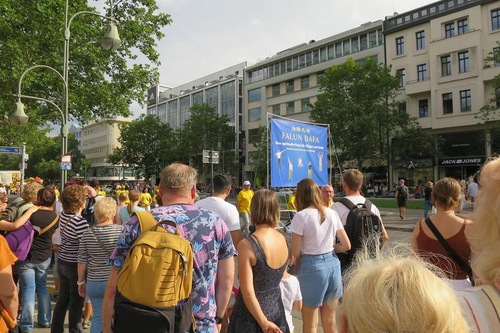 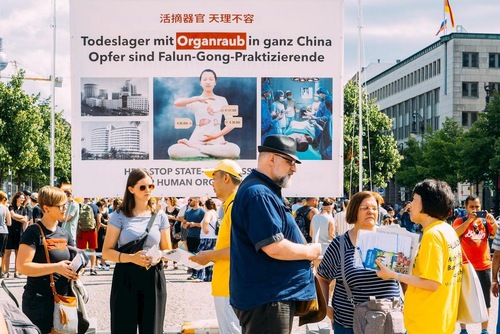 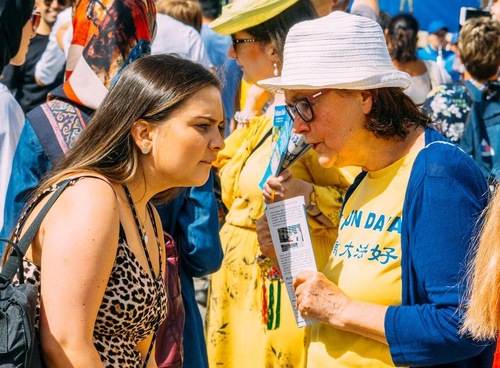 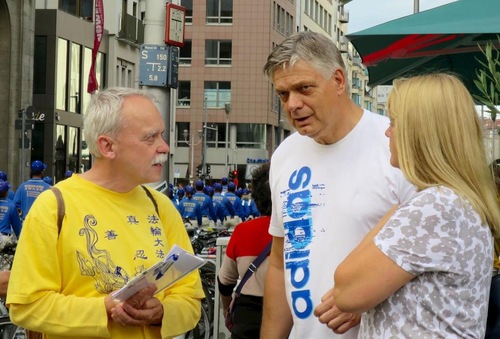 Mr. Tang, a Chinese German, said that he knew that Falun Gong practitioners used their own time and money to participate in these activities. Tang said, “Let me tell you, this is called true cultivation. It's unique.”

Mr. Tang participates in another cultivation practice. Yet, he highly praised Falun Gong, “Many forces exist in other dimensions. The spiritual level of Falun Gong is by far higher than other schools. Its energy is very, very powerful. Falun Gong practitioners are smart. Those who pray in temples end up trading their virtue for trivial benefits. Falun Gong practitioners truly cultivate. All their achievements belong to them.”

Mr. Li, a student from China, watched the Falun Gong group exercises at Brandenburg Gate. He said, “This is a marvelous scene, one that you can't see in China. These people are pursuing their true beliefs. It's not for show. I think it's so precious!”

A tourist from Shanghai said that the music of the Tian Guo Marching Band was profound and the parade was outstanding. She was amazed to see so many people, including Germans, calling for an end to the persecution of Falun Gong through such a large parade. She talked with a practitioner to find out the true story of Falun Gong.

Mr. and Mrs. Wang from Guangzhou, China smiled while watching the Falun Gong rally. They thought the rally was marvelous and were excited to see it.

A couple from China gave Falun Gong practitioners a thumbs-up. The wife said that the Falun Gong parade had brought great comfort to her heart.

A Chinese German, whose parents were immigrants from China, signed a petition in support of Falun Gong. She said the Falun Gong parade was outstanding.

A woman from China took many video clips of the Falun Gong parade. She said that the practitioners looked wonderful. On returning to China she wants to share the videos with her friends. After learning the facts of the persecution, the woman quit the Chinese Young Pioneers, a CCP youth organization that she had joined as a child.

A young Chinese man talked with a practitioner for quite some time. The practitioner told him how the CCP had deceived the Chinese people. The young man thought carefully about what he had heard, and decided to quit the CCP and its youth organizations.

Another young Chinese man who had arrived in Germany two days ago said he had heard about the practice at many of the Falun Gong practitioners' truth-clarification efforts. After hearing the practitioner explain how the CCP had incited hatred toward Falun Gong with its staged Self-Immolation Hoax on Tiananmen Square, he decided to quit all communist organizations.

“Saved by Falun Dafa When All Hope Was Lost”