Arrested in a Sweep of Falun Gong Practitioners, Two Heilongjiang Residents Stand Trial for Their Faith

(Minghui.org) Two Daqing City, Heilongjiang Province residents stood trial on June 14, 2019 for not renouncing their faith in Falun Gong, a spiritual tradition that has been persecuted by the Chinese communist regime since 1999. 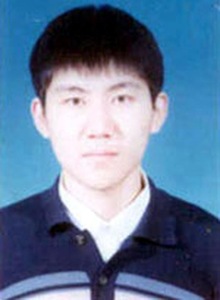 Mr. Qu Yanlai and Ms. An Xianping's lawyers entered a not guilty plea for them. They also testified in their defense.

Mr. Qu argued that no law criminalizes Falun Gong in China and that he didn't violate any law in upholding his faith. Hearing this, the presiding judge cut short his statement.

Both Mr. Qu and Ms. An were arrested on November 9, 2018 during a mass arrest of Falun Gong practitioners in Daqing and Harbin, the capital city of Heilongjiang Province.

Mr. Qu has been detained at Daqing Detention Center and denied visits with his lawyer.

Although Ms. An was released on bail on the day of her arrest, she was taken back into custody on May 21, 2019.

The prosecutor returned their cases once to the police for more evidence, before submitting them to Ranghulu District Court.

Both practitioners are now being held at Longfeng Detention Center after the hearing.

Mr. Qu's family vowed to appeal for him should he be convicted.

Prior to his latest arrest, Mr. Qu has been repeatedly targeted for not renouncing his faith.

He once served five years in Tilanqiao Prison in Shanghai. He protested the persecution by holding a hunger strike and was force fed for five years as a result.

Mr. Qu Yanlai Sent to Tilanqiao Prison Hospital in Shanghai; His Life Is in Imminent Danger

A Family in Daqing City Sues Jiang Zemin for Their Hardship

“Using Falun Dafa's Principles as Guidance for My Daily Life”