(Minghui.org) From the first day he was arrested in September 2002, Mr. Qu Yanlai embarked on a hunger strike to protest the Chinese Communist Party's persecution of his belief in Falun Gong.

As a member of the largest group of prisoners of conscience in China, he had no rights – he couldn't appeal or seek justice anywhere. In Mr. Qu's own words, “My hunger strike was the last measure I could take to protest my illegal arrest and detention.”

In response to his nonviolent resistance, the authorities punished him with a long prison sentence, force-feeding, and brutal torture.

Mr. Qu was sentenced to five years during a 15-minute show trial. With an unbelievably strong will, he survived a five-year-long force-feeding in brutal conditions.

He suffered from gastric hemorrhaging four times and was hospitalized for months. By the time he was released from Tilanqiao Prison on September 29, 2007, this once healthy, six-foot tall young man was emaciated and had lost most of his hair. He also suffered from cirrhosis.

“One time I almost died,” Mr. Qu recalled. “I faltered on my way to the restroom. All of my organs were failing and my heart almost stopped beating. No words can describe the pain I was in. It was less than a minute, but it felt life forever.

"I almost gave up. Death seemed to be an easier choice for me – I wouldn't have to suffer anymore. At that extremely difficult moment, it was my parents and my faith in Falun Gong that gave me strength to carry on. I told myself that I shouldn't give up so easily.”

Mr. Qu Yanlai was an energy engineer. He had practiced Falun Gong for two years when he was arrested on September 30, 2002. 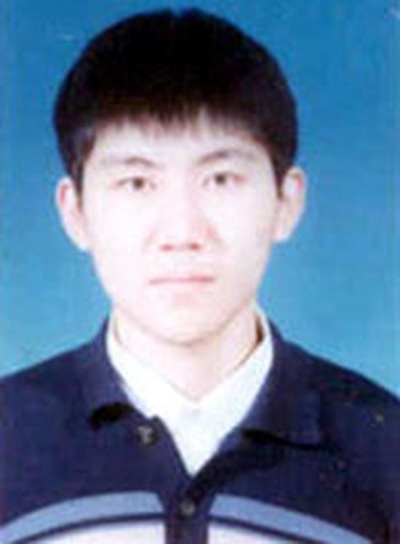 While in police custody, the police tied him to a chair and interrogated him, trying to get him to divulge what Falun Gong-related activities he took part in and the names of other practitioners he knew.

As a result of his refusal to cooperate, the police beat him and stomped on his penis.

Mr. Qu was tried in a makeshift courtroom in the hospital in June 2003, about nine months after his arrest. His court-appointed lawyer refused to defend him and left shortly after the trial began. The judge then announced a 15-minute recess. When he resumed the hearing, he sentenced Mr. Qu to five years in prison.

Mr. Qu's family was not informed about the trial.

Five Years of Force-feeding and Torture

They began to force-feed Mr. Qu after he was sent to the Putuo Detention Center on October 2, 2002.

He refused to walk when the inmates took him to the hospital, so the inmates dragged him over the cement floor, rubbing raw the skin on his toes and knees.

“The first time the doctor inserted the feeding tube into my stomach, it felt like a fiery snake was drilling into my body. It was excrutiating,” Mr. Qu recalled.

In their attempt to force him to give up his hunger strike, the guards and doctors used all kinds of methods to torture him, such as using a thick feeding tube, pulling the feeding tube back and forth during force-feeding, or limiting the amount of food to starve him.

Without enough nutrients, he felt drowsy and developed a constant pain around his heart and liver.

When he was treated in the prison hospital for gastric hemorrhaging, the inmates tied him tightly on the bed, sometimes with a tire underneath him or after elevating the bed. Many of his blood vessels broke as a result of being tied on the bed in this manner for several months.

The prison doctor added potassium chloride to his infusions, which stimulated his blood vessels and caused him enormous pain.

During his hospitalization, the inmates had also slowed down the rate of the infusion. Three bottles that normally emptied in three hours was extended to 19 hours. His arms usually swelled badly after each infusion.

After he was taken back to the prison, he was transferred between wards. Inmates in each ward were ordered by the guards to verbally abuse him and torture him – they would have their terms reduced if he stopped his hunger strike.

Inmates poured ice-cold water over his head and then turned a fan on him. Some rubbed him with a floor brush in the shower. Other inmates turned a stool upside down and forced him to sit inside the legs of the stool.

The guards tortured him until the last minute he was imprisoned. Not long before his release, they added psychiatric drugs to his food in an attempt to force him to give up the hunger strike.

Mr. Qu finally resumed a normal life after he was released from prison on September 29, 2007. He quickly recovered by doing the Falun Gong exercises and is now sharing his experience to document just how brutal the CCP really is.

“Snapshot of Lawsuits Against Jiang Zemin Received by Minghui on August 5, 2015”