(Minghui.org) Ever since July 20, 1999, when the Chinese Communist Party (CCP) began to suppress Falun Gong, practitioners have come to Washington, D.C. at this time every year. They do so to commemorate the persecution and call for help from the international community to stop the brutality. 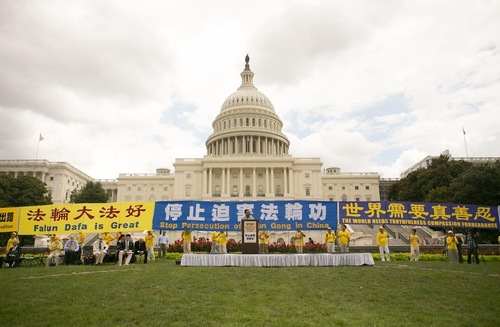 Erping Zhang, spokesperson of the Falun Dafa Information Center, said practitioners did not respond the suppression with violence. Rather, they are merely safeguarding their basic rights of belief. By upholding the principles of Truthfulness-Compassion-Forbearance, they are helping protect the universal values of mankind.

The First Gathering 20 Years Ago 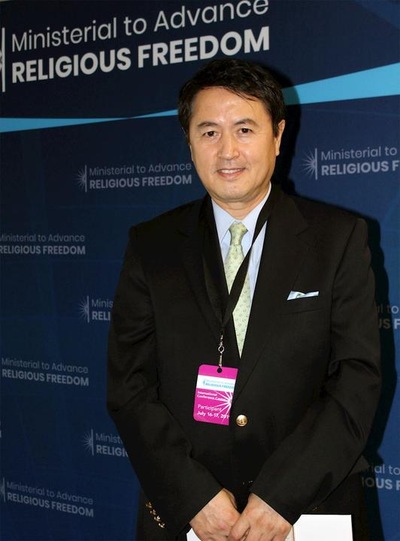 When the CCP began to suppress and defame Falun Gong 20 years ago, practitioners came to Washington, D.C., for the first time. “It was very hot and practitioners from all across the U.S. gathered in front of Capitol Hill for meditation. Some were young mothers with babies who were only a few months old. And there were also elderly practitioners,” he recalled.

Most of the practitioners who went to the U.S. Congress explaining the situation were students,who had little experience interacting with government officials, news media, or human rights organizations.

“Some of us were not well prepared and were even wearing shorts. We did not know how to talk to government VIPs either, since we never had such training,” he said. “However, we all did these things with our hearts—and that moved the members of Congress.”

Later that year, the U.S. Congress passed its first resolution to oppose the persecution of Falun Gong in China. “Back then we were not familiar with resolutions. One assistant of a congressman was a Chinese American and he helped us draft it. That was the first resolution we had,” Mr. Zhang added.

The Persecution Led to More People Learning About Falun Gong

The CCP has persecuted Falun Gong for 20 years, and Mr. Zhang shared an interesting observation: “Some people in China did not know what Falun Gong was. After the suppression started, they became curious and wanted to know more. This way, some of them found Falun Gong was so good and they became practitioners,” he said.

Similar situations also occurred in other nations. Falun Gong is now practiced in more than 100 countries and its teachings have been translated in over 40 languages.

This was against the intent of Jiang Zemin, former CCP leader who launched the persecution in 1999.

“Through the years, the number of practitioners have increased. Especially in Europe and the United States, many Westerners have begun to practice it,” Mr. Zhang continued.

As more people have learned the realities of the situations that Falun Gong practitioners face in China, many of them have stepped forward to call for an end to the brutality. Some lawyers have defended practitioners who plead not guilty and a large number of residents have signed petitions urging the release of detained practitioners. “Situations like this have been seen in many places of China,” Mr. Zhang said.

One change in recent years is that CCP news media, including those pro-CCP outlets outside of China, rarely mention Falun Gong.

“One reason could be that, the persecution is notorious both outside and inside China. On the other hand, the suppression still continues with practitioners being arrested every month and some have lost their lives,” he explained.

According to Minghui, more than 4,300 practitioners have died as a result of torture during police custody. These were cases obtained through overcoming the information blockade in China and the real number is feared to be much higher.

“As more and more cases are exposed, especially as the forced organ harvesting is reported in mainstream new media, everyone is facing a choice to side with the right or wrong,” he said. Over the past 20 years, the CCP had suppressed practitioners with violence and hate propaganda, and yet, practitioners have always responded with rationality and kindness.

“What practitioners are safeguarding are not just their basic rights of belief. In fact, what they are doing is protecting the principles of Truthfulness-Compassion-Forbearance, the cornerstone of society's moral values,” he concluded.

Hope of the Society 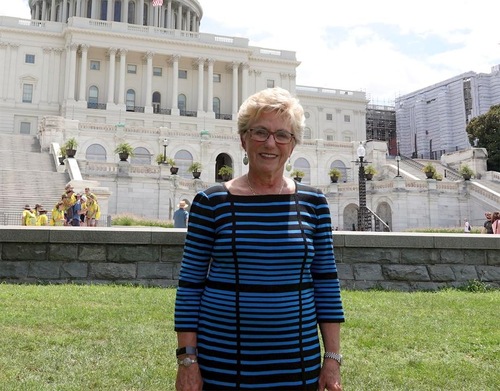 Gayle Manchin is the Vice Chair of the United States Commission on International Religious Freedom (USCIRF). She said a large amount of evidence about the persecution has been presented and we cannot ignore it. The persecution against Falun Gong still continues, and practitioners are still being detained and run the risk of becoming victims of forced organ harvesting.

She called on the current CCP leader Xi Jinping to act on his conscience and treat Falun Gong practitioners well, because they want nothing but peaceful meditation. 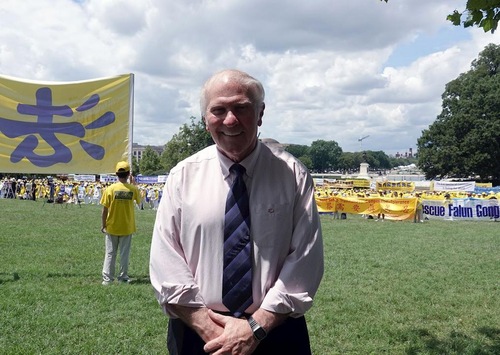 Steve Chabot, member of the U.S. House of Representatives said he knew some Falun Gong practitioners. They are nice people; honest and hard-working. He said these practitioners have positively influenced people around them, including himself.

“As long as I am still in Congress, I and many of my colleagues, Republican and Democratic, will fight for your rights to practice freely in China, the United States, or anywhere else,” he said during the rally on July 18. 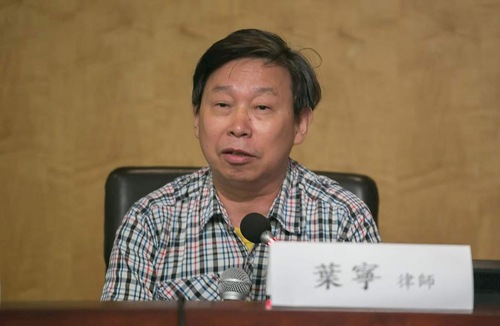 “As long as Falun Gong exists, Chinese people will be saved, and our society will have hope,” he stated.