Missouri: President of Board of Aldermen Condemns Persecution of Falun Gong and Forced Organ Harvesting

(Minghui.org) Lewis Reed, president of the Board of Aldermen St. Louis City, wrote a letter to commend Falun Gong practitioner's efforts to stop the brutal persecution of this peaceful practice in China. He called on the Chinese communist regime end the persecution and the unethical practice of forced harvesting of organs from prisoners, especially from Falun Gong practitioners and other prisoners of conscience.

Twenty years ago on July 20, 1999, former Chinese Communist Party head Jiang Zemin launched the brutal persecution of Falun Gong. Falun Gong is a mind and body improvement practice that quickly gained popularity in China in the 1990s. After the persecution began practitioners have been subjected to illegal imprisonment, torture and many have been killed for their organs. Despite the wide-spread persecution, practitioners in China have stood their ground and upheld their faith despite the dangers they face on a daily basis. 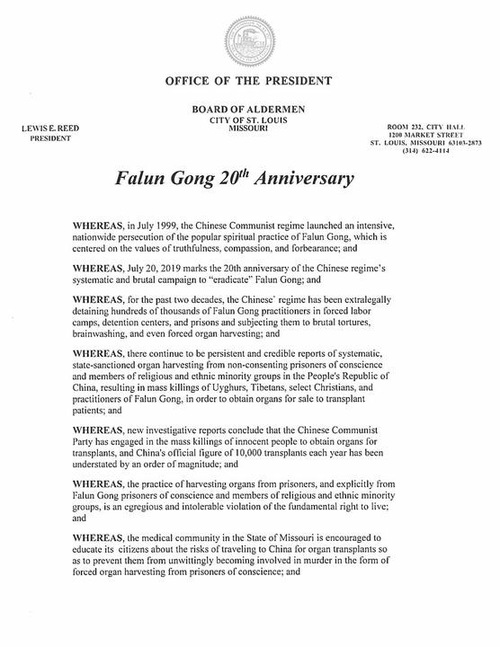 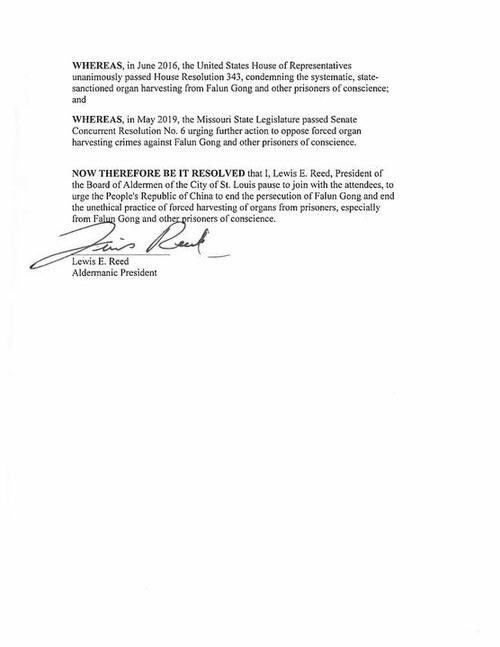 “Minghui Report: 45 Falun Gong Practitioners Die As a Result of Persecution in First Half of 2019 (Graphic Photo)”