(Minghui.org) I was released from Liaoning Women's Prison a few months ago. I still shudder when I think of the horrible abuses I had endured for years.

All prisoners there are deprived of their basic rights and subjected to all kinds of mistreatment, with Falun Gong practitioners made to suffer the most.

Fearing retaliation, the prisoners did not dare to speak out against the mistreatment. Otherwise, they would be deprived of term reductions or face escalated torture. Many people broke down mentally as a result.

Getting a term reduction at Liaoning Women's Prison is very difficult. The prison only accepts applications every three months and often delays or rejects them using a variety of excuses, such as failing to memorize the prison rules, not meeting production quotas, bringing food into the workshops, and so on.

Corporal punishment is prohibited by law but is, in fact, a common practice at Liaoning Women's Prison. Prisoners are made to stand or squat, deprived of access to a toilet, and handcuffed behind the back.

Any inmate, when appointed by guards as a team leader, can scold and beat other prisoners at will. For example, Li Yang hit Sun Ningning in front of others. Sun did not file a complaint about the abuse, fearing retaliation. 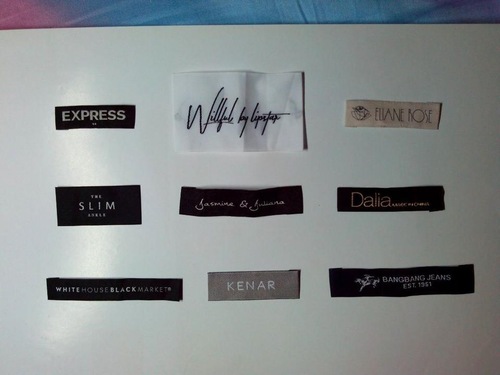 The prison makes clothes for many companies. Nine brands are made by prisoners in the No. 7 Ward alone.

To make a profit, each ward sets extremely high production quotas. The prisoners are forced to do work every day without pay, including weekends and holidays. They are often required to work until 9 p.m. The time allowed for both meals and restroom use is cut down from 30 minutes to less than 15 minutes. Some prisoners skip lunch or eat less so that they have more time for work to meet the quotas. If they can't finish the work on time, they are not given any snacks. This punishment is harsh for those who ate less for lunch because of the work.

The prisoners are deprived of outside communications, family visits, telephones, televisions, and shopping.

Prisoners are deprived of communication with their families. All letters are intercepted by the prison and not turned over to families. Team captains also withhold all packages from families. Family photos are shown to the prisoners only during the New Year.

Prisoners are allowed to call their families once a month. A guard sits on the side during the call. Conversations have to be in Mandarin so that the guard can understand it. To avoid the real situation in the prison from being revealed, the call will be cut off if the prisoner says anything about slave labor or other forms of persecution.

Although many inmates are deprived of family visits, the restrictions are even tighter for Falun Gong practitioners, especially new arrivals and those who refuse to renounce their faith.

With many Falun Gong practitioners having being tortured to death in this prison, their families must be worried if they are not allowed to see them.

On the surface, the prison cells are clean and tidy. In fact, their hygiene conditions are extremely poor. The restroom on the fourth floor of the cell building has no faucet, so prisoners cannot wash their hands after using the facility. The washroom is usually locked and only open for use before bedtime.

It is most of the time an unanswered wish for prisoners to take a shower after a day of hard work and sweating. When they are allowed to shower, the time is limited, and they have to wear underwear because they are watched by male guards.

Doing laundry is allowed perhaps once a week or longer, sometimes up to 20 days. This is very unsanitary, especially during hot summer days. Both the clothes and the dryer room put off an offensive odor.

The food menu looks good on the surface, but it is only for show when inmates’ families visit. Actually, the food quality is very poor, and the portions are too small to satisfy hunger most of the time. The food allocation is also unjust: the inmates who are assigned to watch other prisoners are allowed to take better quality food, and they may leave little for others.

It is very difficult to see a doctor in this prison. To get any medical care, a prisoner has to follow the process regardless of how serious the illness is. Each ward has its own scheduled medical day, and anyone who misses that date has to wait for the next scheduled time. The medical day is also canceled if the ward is busy. Also, prisoners have to make up for the production time lost because of medical care. Thus, some prisoners do not go for medical treatment unless absolutely necessary.

Those with a cold or fever normally would not ask for medical treatment. As a result, an infection can spread to more than 30 people.

Yang Zhixiao of the No.4 Team suffered severe cancer symptoms for half a year before she was diagnosed with advanced-stage cancer. Because the prison doctor ignored her symptoms, she applied for medical parole to get care outside. However, her application was held up for six months. She died not long after she was released on medical parole.

Some inmates are appointed as team leaders, monitors, and henchmen or assigned to a better ward after forming good relationships with the guards. Their families bribe the guards and their captain with a lot of money every year. They continue to give money in order to keep the following privileges.

Each of these inmates can have at least one pot of boiling water alone every day; normally, six prisoners have to share a half pot. They can eat food anywhere anytime. Other prisoners have no such privileges; one group was caught eating a cracker in the workshop and was denied early release as a result.

The privileged inmates are also allowed to be served by other prisoners. For example, Gao Qian makes other prisoners make her bed, wash her clothes, and prepare her food.