“This Must Be Stopped!”--Europeans Condemn the Persecution of Falun Gong

(Minghui.org) Falun Gong practitioners regularly hold activities at tourist sites all over the world to expose the persecution of this peaceful practice in China and to ask people to help to end the persecution. This report covers four such events that took place in Europe recently.

On Marienplatz in Munich on June 10, 2019, practitioners collected hundreds of signatures on a petition that condemns China's state-sanctioned organ harvesting from prisoners of conscience. Many Chinese tourists also took the opportunity to quit the Communist Party and Party-affiliated organizations. 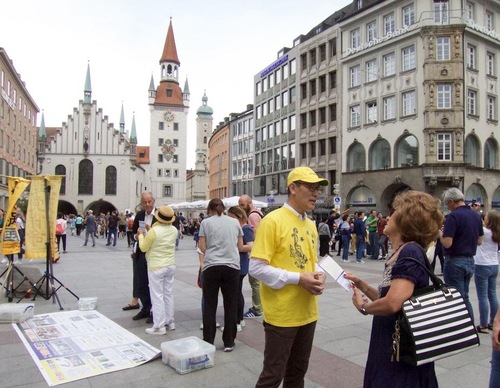 Telling tourists about the persecution

“This must be stopped!” he said.

“The Chinese regime is a tyrannical system,” he continued. “To maintain its power, they don't allow free thought.”

He thanked practitioners for sharing the information. “It is very important. Keep up the good work,” he said. 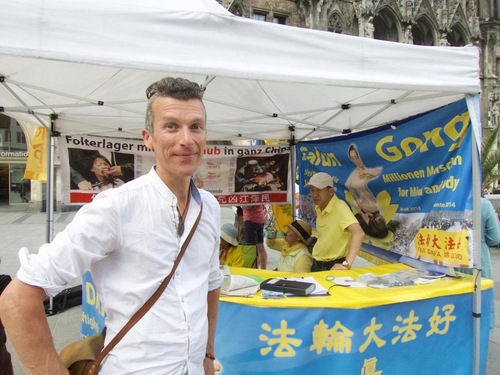 Ralph Kiefer hopes that his signature will help convey the message to politicians and urge them to take action to end this human rights crisis.

Paul Milburn didn't hesitate to sign the petition. “This is absolutely horrifying,” he said. “This is what happened in the Nazi concentration camps. I work at the Dachau Concentration Camp Memorial Site, and I explain the history to visitors. It is horrifying that similar things are still happening in today's world.” 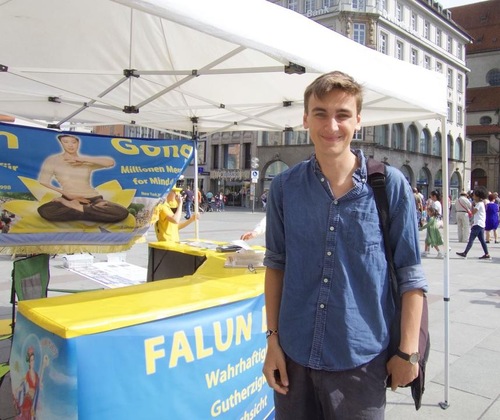 Paul Milburn said, “Those who control the media and culture also control the country. The Chinese Communist Party determines what the culture is and what is right and wrong.” 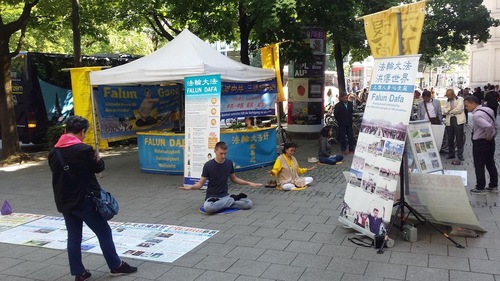 Many Chinese tourists were impressed to see Falun Gong events in Germany and that many Westerners practice it as well. One Chinese man said, “Keep up the good work. The life of belief is much longer than the life of a political party.”

Stockholm's City Hall is next to Lake Malaren, which is a local landmark. Practitioners set up a booth there every day to reach out to the waves of tourists. 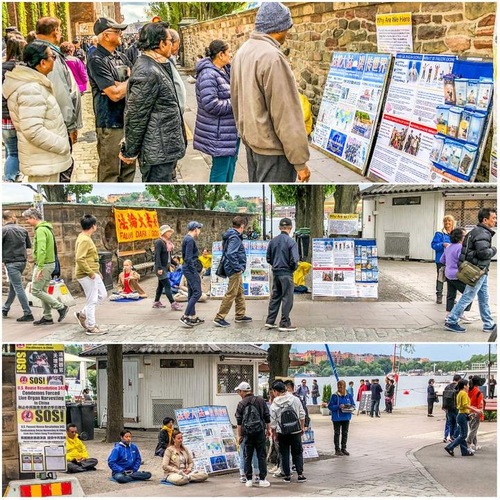 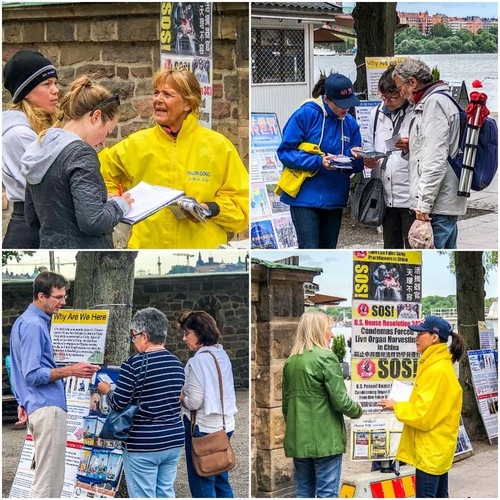 This April, practitioners invited members of the local tour guide association to a meeting. The guides often see practitioners' events, and they were glad to have a chance to find out more about the practice. At the meeting, they asked many questions, such as how practitioners make their materials, whether they get paid, and so on.

They expressed their support for what the practitioners were dong and said they would tell their clients about Falun Gong. Several of them suggested that another meeting like this be held in the fall so that more tour guides would have a chance to learn about the practice. A few guides asked for the contact information of the local exercise site and wanted to learn the practice.

Practitioners in Helsinki held a similar event in the city's downtown area on June 8, 2019. 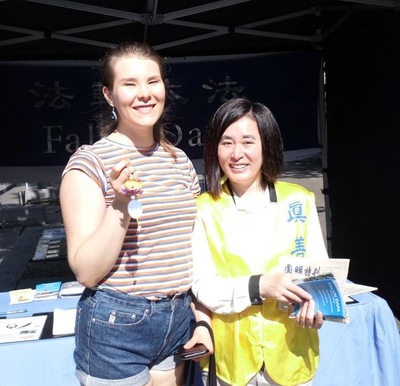 Linda is happy to receive a Falun Gong flyer and a handmade paper lotus flower. She knows a practitioner in Lapland, where she is from, and has learned a lot about the practice and the persecution.

Micheal, an American artist, had also heard about the persecution. He said the communist regime is a terrible entity that tries to control people. He is against doing business with such a power.

Henrik, a scientist, often watches the New Tang Dynasty Television program “China Uncensored,” which is an English-language satirical news program focused on the horrors of modern-day China. Henrik signed the petition and said he condemns the human rights violations in China.

French practitioners also held an activity on June 8, 2019, in Saint-Nazaire. 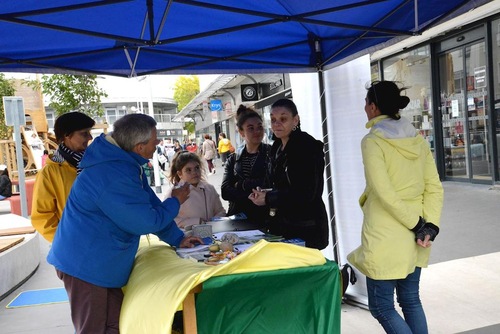 People ask for information about the local exercise site. 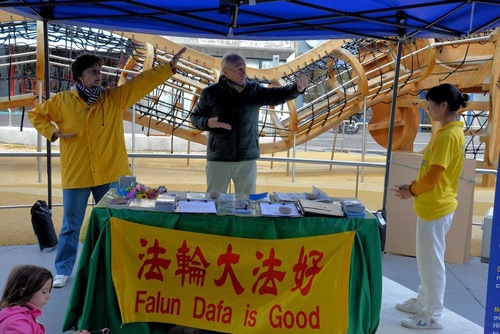 ““This Must Be Stopped!”--Europeans Condemn the Persecution of Falun Gong”