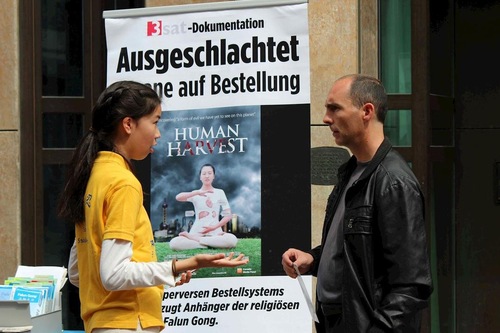 A passerby listens to a practitioner. 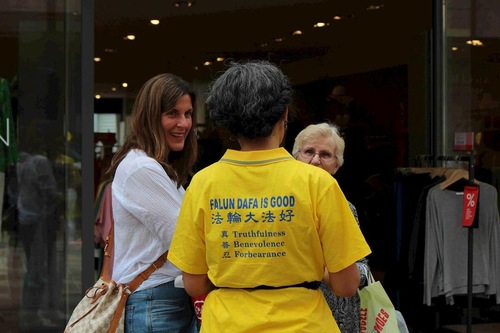 Introducing Falun Gong to a passersby 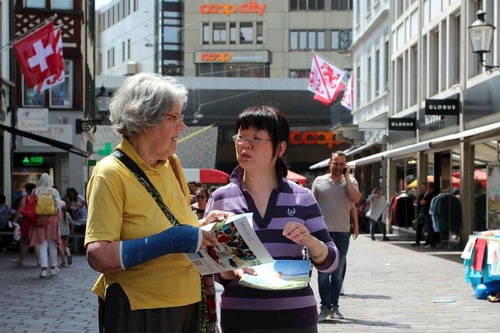 A passerby with Falun Gong materials 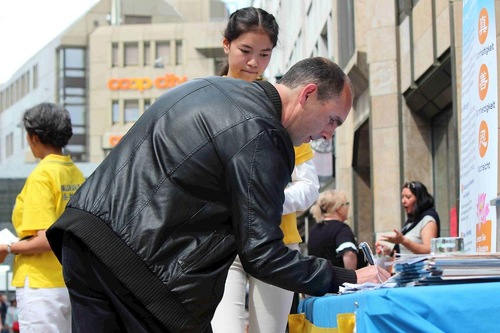 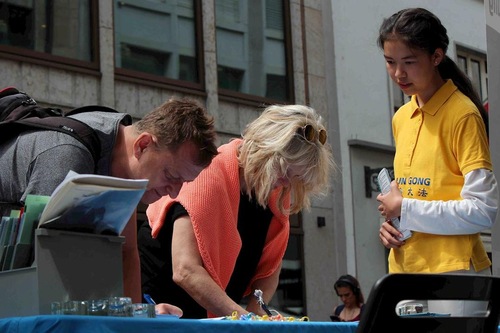 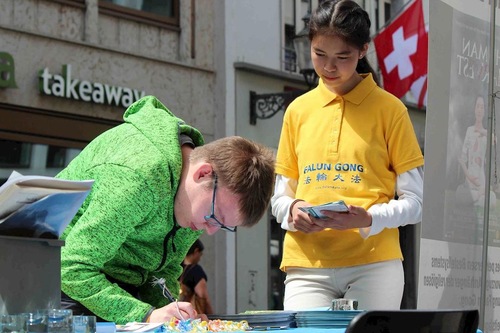 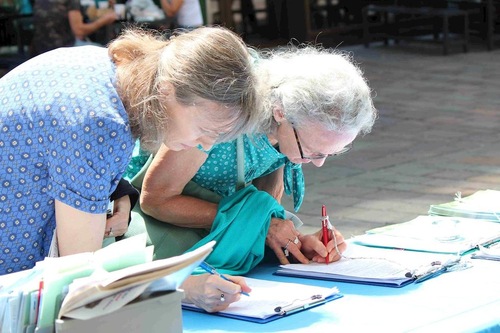 Sonja, a secretary, learned about the CCP’s persecution and was especially upset to hear about the live organ harvesting. After signing a petition calling for an end to the persecution, she said, “Today, in 2019, this should not be happening. People are being abused and manipulated and have no rights. Their wishes are ignored. This is like the era of Hitler. How can such a thing happen? It is unacceptable! Especially the organ harvesting—people have a right to live. We cannot tolerate such crimes!”

She hopes the live organ harvesting will end soon.

After a long conversation with a practitioner, Martin, who works for the Zurich State Bank, signed the petition calling for an end to the persecution and said, “The crime of organ harvesting violates human rights and human nature. We can't imagine it in Switzerland.”

“For the sake of the Chinese people, we should pay attention to this and stop the live organ harvesting. This is a crime that violates basic human rights.

“More people should pay attention to this. Let the Chinese government or the European Parliament know that people want to stop live organ harvesting. For us Europeans, China is so far away, so some of us may feel that things like this have nothing to do with us personally. It is very important for us to be able to break through the limitations of our own thoughts.” 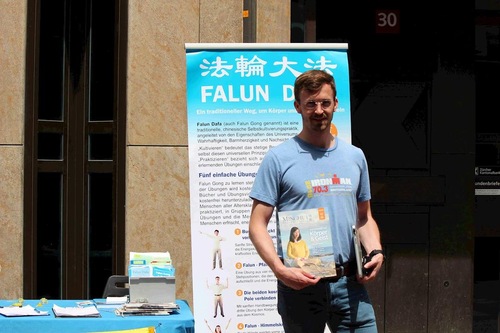 'Falun Gong Can Benefit Me'

Some people already knew about Falun Gong, while others heard about it for the first time. Sonja said, “When people are practicing Falun Gong, they can emit energy. Falun Gong is precious and can help people attain inner peace. This is important.”

She planned to tell more people about Falun Gong. “If people can find a balance within their hearts, they will become peaceful, which will reduce violence. People can find satisfaction in their own hearts without having to seek outwardly,” she said. 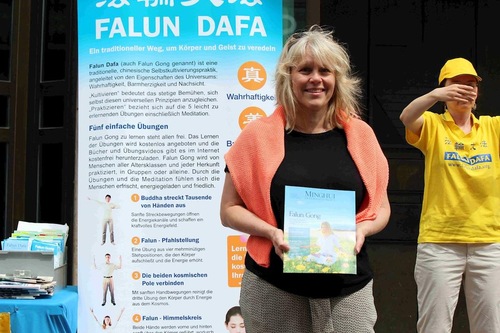 Sonja hopes that more people can benefit from Falun Gong.

Iren, a spiritual physiotherapist from Zurich, had learned about Falun Gong from newspapers and the Internet. “I understand that Falun Gong is very peaceful,” she said. “I can't understand why [the CCP] wants to ban and persecute it.”

She signed the petition and said, “It is very important for a group like (Falun Gong) to be no longer persecuted.” 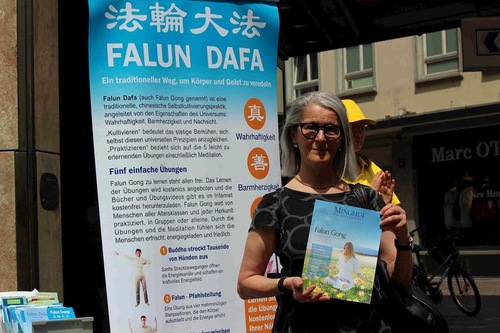 Iren thinks it is important to stop the persecution

“Denmark: Introducing Falun Gong at the Folkemøde in Bornholm”