(Minghui.org) Falun Dafa practitioners from Toronto participated in the Sound of Music Festival's Grande Festival Parade in Burlington on Saturday, June 15, 2019. The next day they took part in the 45th Annual Father's Day Fiesta Parade in Oshawa. In both parades, the Falun Dafa entry was made up of the Tian Guo Marching Band, the waist drum team, an exercise demonstration group, and a float with celestial maidens. 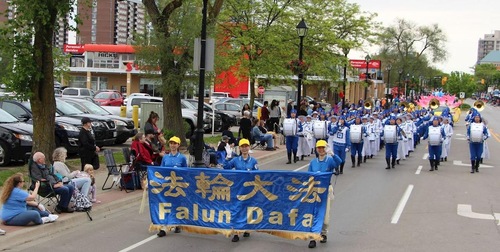 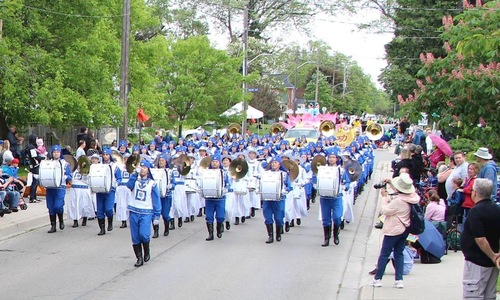 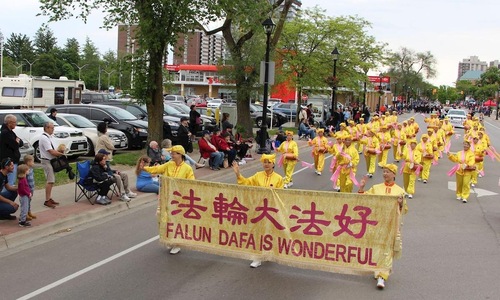 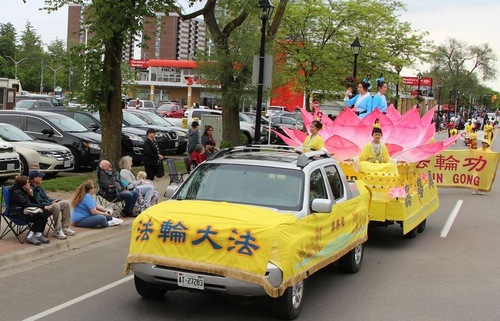 Mother and Daughter from Northeast China Learn More about Dafa

Ms. Liu and her mother said they have seen practitioners introducing Falun Dafa in many public areas in Toronto. Ms. Liu asked many questions about the practice and took down practitioners' contact information. She intends to find out more about quitting the Chinese Communist Party. Her mother told her that she had co-workers in China who practiced Falun Dafa and they were all good people. She knew a bit about the practice from the brochures they gave her. She has also seen practitioners demonstrating the exercises on trips to Australia, Hong Kong and other countries. 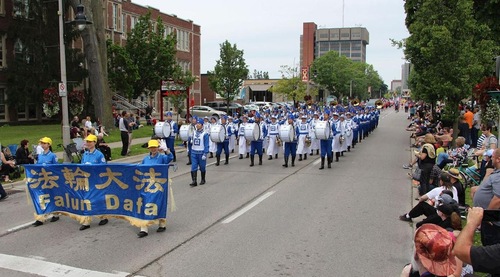 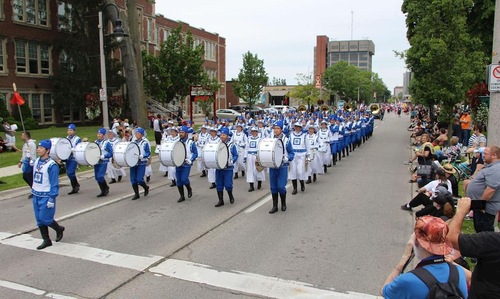 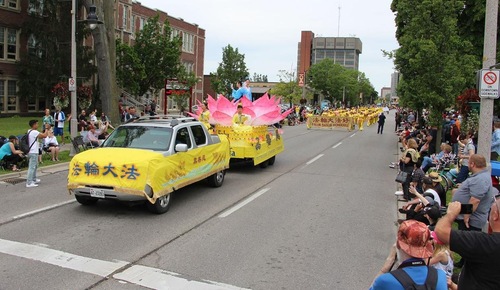 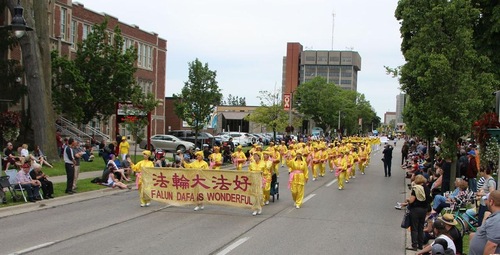 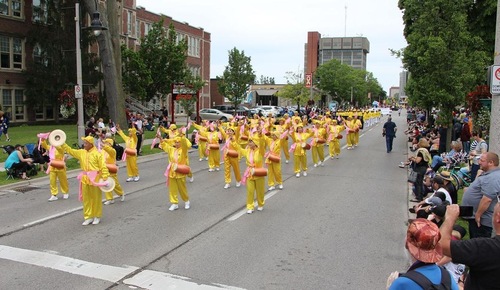 Toronto Resident: I Hope the Persecution Will End Soon 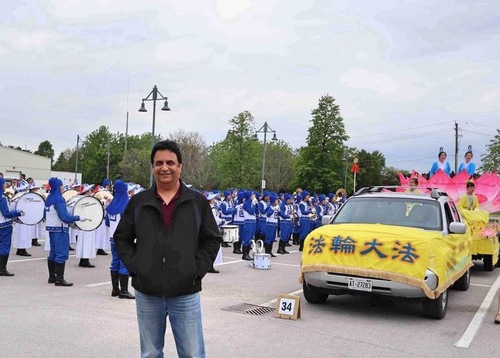 Mr. Telmonn was moved by the music performed by the Tian Guo Marching Band.

Mr. Telmonn accompanied his son to watch the Grande Festival Parade in Burlington. He took a photo of the Tian Guo Marching Band with his cell phone. This was the first time he had seen the band perform and he said he loved their colorful costumes. When he learned that practitioners in China were tortured for their belief, he asked if there was anything he could do to help stop the persecution.

Susan and her friend took a one-hour bus ride just to see the Grande Festival Parade in Burlington. She had learned about Falun Dafa and their peaceful efforts to stop the persecution a long time ago. She had also heard about the organ harvesting crimes in China from news reports. She is very concerned about the matter and wants to sign a petition to stop the persecution the next time she sees practitioners collecting signatures.

Ms. Sibu made a video recording of the Tian Guo Marching Band's performance. She saw the band perform in another parade last year and loved the colors of the costumes. She was also very impressed by the music. When she learned about the human rights atrocities happening in China, she expressed her sympathy for the practitioners in China that are being tortured for their belief. She said she believed Falun Dafa's principles could change a person's mind and body.

Marie and her friend came to see the parade, and this was the first time Marie had seen the Tian Guo Marching Band perform. Seeing so many Chinese faces, she was surprised to learn that many of the band members are actually from Toronto. She and her friend were sad to learn about the communist regime's repression of practitioners in China. She asked for practitioners' contact information to learn more about Falun Dafa.

“Staying Dignified and Compassionate When Faced with Evil”