(Minghui.org) The annual Art on Lark was held in Albany, New York on June 8, 2019. Falun Gong practitioners introduced the ancient spiritual practice and raised awareness of the Chinese Communist Party's (CCP) persecution. They also collected signatures to call for an end to the persecution.

The weather was beautiful and the day-long summer festival was well attended. Attracted by the soothing music, many people stopped to watch the practitioners' exercise demonstration. They also signed the petition which condemned the CCP's persecution. 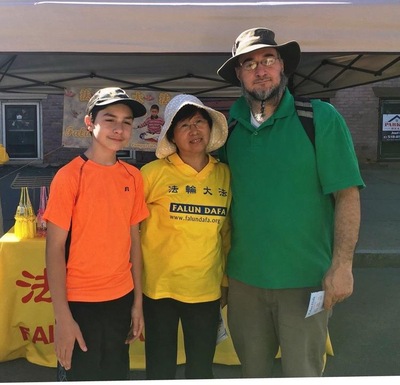 A man (right) and his son wished to have their photo taken with practitioners.

One man asked if he and his son could have their photo taken with practitioners. He explained that he knew about the CCP's persecution and signed the petition to support practitioners' efforts. 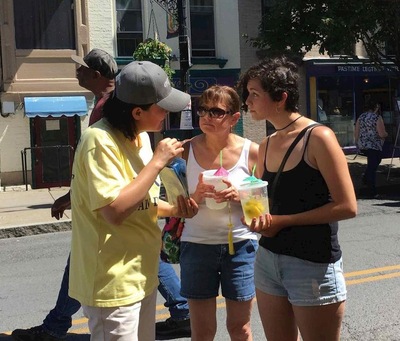 Women listen to a practitioner tell them about Falun Gong and the persecution.

The woman said, “I want my daughter to receive your positive and good message.” She and her daughter happily accepted lotus flowers. 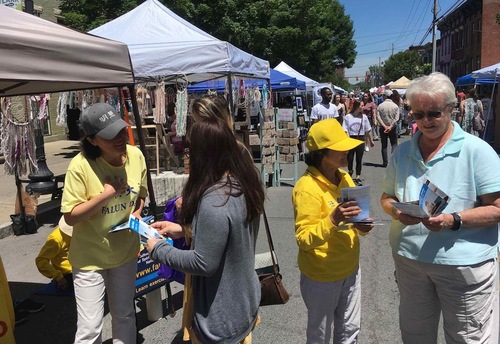 Attracted by the relaxing music, festival-goers came to learn about Falun Gong. 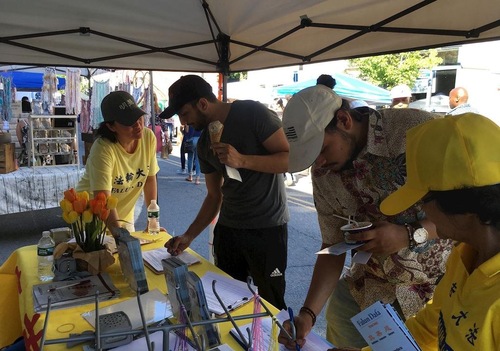 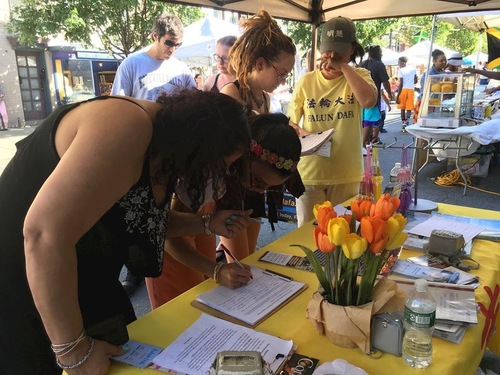 People sign the petition that calls for an end to the persecution.

Many visitors asked where the local group practice site was. Several people signed the petition after learning about the persecution.

“After I Genuinely Cultivated Myself My Husband Understood the Truth”