Scotland: Raising Awareness about Falun Dafa at the Meadows Festival in Edinburgh

(Minghui.org) Falun Dafa practitioners participated in the Meadows Festival in Edinburgh, Scotland on June 1 and 2, 2019. They introduced Falun Dafa to the public and exposed the Chinese Communist Party's (CCP) persecution. 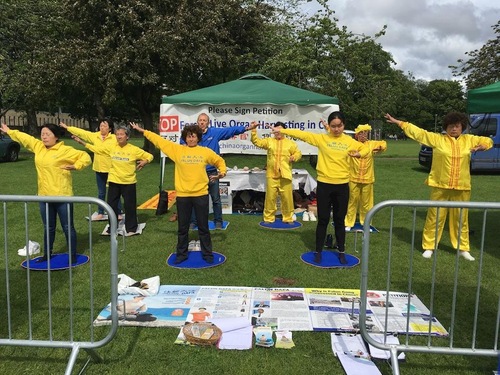 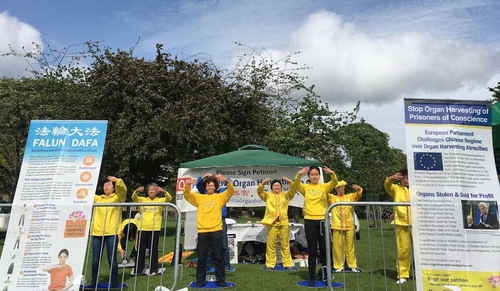 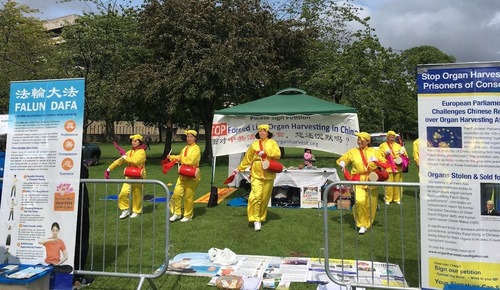 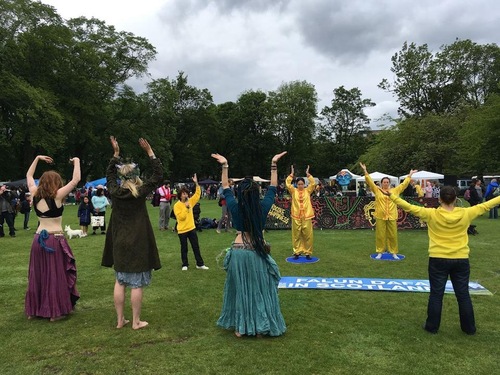 Spectators learn the Falun Dafa exercises on the spot

Many asked for more information about Falun Dafa. Some learned the Falun Dafa exercises on the spot, and asked for the address of the Edinburgh practice site. 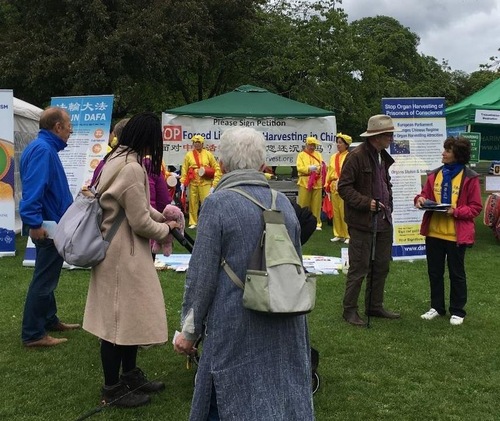 Introducing Falun Dafa and raising awareness about the persecution in China

Upon hearing about the Chinese Communist Party's (CCP) persecution of practitioners who follow the principles Truthfulness-Compassion-Forbearance, many were shocked, and immediately signed the petition to end the persecution.

A lady in her 50s went to the Falun Dafa booth and signed the petition. She said, “I will sign this every year. This thing (persecution) must stop immediately.”

Several times, some people left after accepting the fliers, and returned within a short while to sign the petition. They said that they read the flier and understood what happened. They wished to support Falun Dafa practitioners and spoke out against the persecution.

A gentleman, who appeared to be in his 30s, said that he took the flier the day before and returned just to sign the petition. A teenage girl brought three friends to sign and said, “The persecution has lasted longer than I have lived. It is terrible.”

A Young Man Helps with the Signature Collection

Stuart Collins is one of the founders of Uplands Roast, which has street cafes in several cities in Britain. He saw the practitioners' banner that read “Stop live organ harvesting” on the first morning of the festival. He came to the Falun Dafa booth and asked for signature collection forms and fliers.

Collins said, “I wish to help you by placing the signature collection form in my cafe and asking customers to sign it to help bring an end to the persecution. More people must hear about this.” 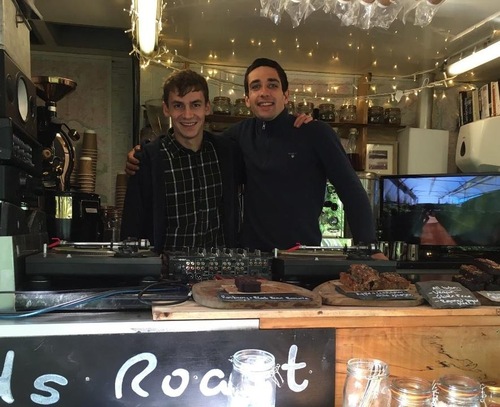 Stuart Collins (right) and his friend 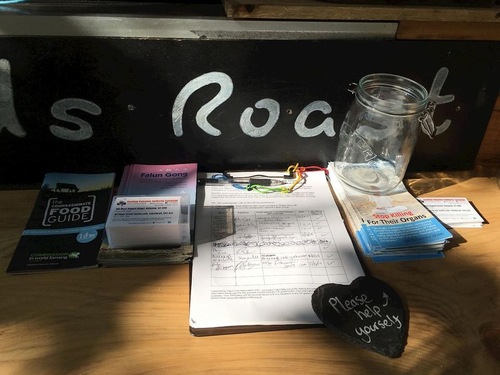 Signature collection form and Falun Dafa fliers in the cafe

“Look Within and Cultivate Every Thought and Action”