(Minghui.org) Because he refused to give up practicing Falun Gong, Mr. He Lifang has been detained numerous times and once almost beaten to death by 17 inmates. The Qingdao City, Shandong Province resident also had his ID card canceled and was forced to stay away from home for over 10 years.

Mr. He, 45, was arrested again on May 5, 2019 when he went to Bei'an Police Station to apply for a new ID card. His attorney visited him at Pudong Detention Center on May 22 and saw him carried out on a stretcher. He had a mask on his face and was not responsive to the attorney's questions.

The lawyer learned from Mr. He's parents, both in their 80s, that Mr. He has been on a hunger strike to protest the arbitrary detention and has been force-fed. His parents' request to have him released has been ignored.

Mr. He is not the only person in his family that has been targeted for their faith in Falun Gong, a mind-body practice that has been persecuted by the Chinese communist regime since July 1999. His oldest sister, Ms. He Shurong, died at age 50 in April 2014 after being twice given forced labor and once hung up and beaten for eight days in a row. His second older sister, Ms. He Xiuxiang, was sentenced to three years in prison in June 2015. 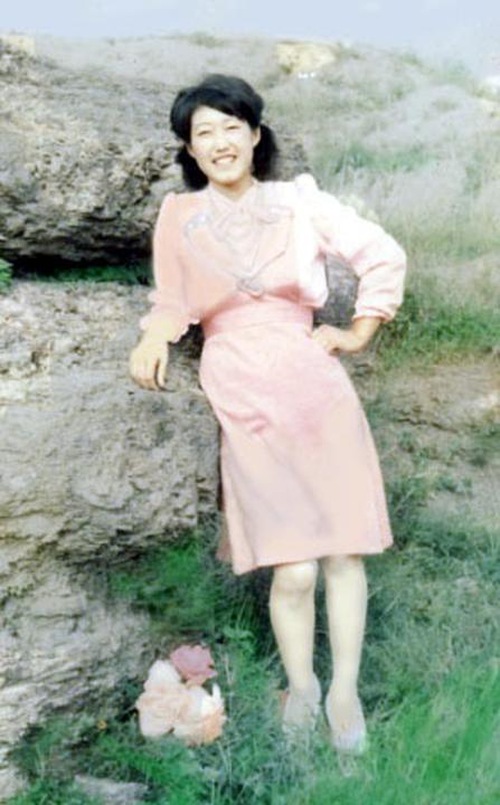 Mr. He, who is still single, was also pained by his ex-fiancee's treatment at the hands of the CCP. She was given three years of forced labor in 2001 for practicing Falun Gong. Once a kind and noble person, she gave up her belief under intense pressure and turned to help the labor camp guards to try to force other detained practitioners to renounce Falun Gong.

Mr. He holds Jiang Zemin, former Chinese Communist Party leader, responsible for his family's ordeal. He filed a complaint against Jiang Zemin for ordering the persecution of Falun Gong. Below are excerpts of his complaint, which submitted to the Supreme People's Procuratorate on June 20, 2015.

When Jiang Zemin and his followers defamed Falun Gong and arrested practitioners in July 1999, I decided to go to Beijing to appeal, but I was arrested at a train station before reaching my destination.

I was first taken to Changzhi Police Station in Jimo City and then to the Changzhi Township government building. More than ten officials ordered me to give up my belief, and I complied against my will.

Representatives from various township government agencies, including police department, business development, taxation, agriculture, construction, and justice, came to harass me on a regular basis after I returned home. They parked themselves in my home all day long and sometimes they came in a police van in the middle of the night to see if I was home. One time, officer Wang Qimin even came in a fire truck.

I decided to go to Beijing again in November 1999 to appeal for Falun Gong. As soon as I arrived in Beijing, I was arrested and sent back to Changzhi Police Station in my hometown. Officer Wang ordered me to squat on the cold concrete floor, without my coat on, to be interrogated. After that I was kept in a room alone with an open window. My mother, who was in her 60s, was sent to the same room the next day after she was arrested for going to Beijing to appeal for Falun Gong.

We shared my only coat for warmth at night. We both went on hunger strikes, and my mother was released four days later when she became too weak. I was released on the seventh day when I was in a life-threatening condition.

After returning home, I had no freedom because a neighbor was paid to watch me on a daily basis. She reported on me by phone up to three times a day. When someone visited me, she would come by to ask who it was and include it in her report. Because of the stress, I sometimes couldn't sleep at night. I could hear her walking from her place to my door to check on me. When I was later arrested again, I saw a logbook of the times she reported to police regarding whether I was at home, and if there was anything unusual.

Diao Shufeng, head of the Changzhi Town 610 Office, and other officials took me and my Falun Gong books to the township government building in the fall of 2000. They did not release me until I went on a hunger strike for seven days.

He Shigang, former Party Secretary of my village, also came with other officials to harass me numerous times. They arrested my fiancee and humiliated me.

Between July 20, 1999, and late 2000, my family and I were harassed many times. Especially on holidays, they always detained my entire family, not releasing us until we went on a hunger strike. My parents were often arrested for no reason.

With the non-stop harassment, I had to give up my business of six years and stay away from home. I left home right before the 2001 Chinese New Year, and my parents, who were already in their 60s, were often harassed by officials after that. They were detained for seven days at the beginning of 2002, followed by their home being raided two months later. Their belongings, including Falun Gong books, a tape player, hundreds of yuan, a bag of clothing, and two hens, were confiscated.

Arrested While Living Away from Home

On July 18, 2001, police arrested my then-fiancee, me, and several other practitioners in a rental apartment. They tied me up, beat me, and took me to the Chaohai Police Station before moving me to the Jimo Development Zone Police Station, where I was interrogated by an officer surnamed Zhao. At his instruction, two young officers tied me to a metal chair, put a helmet on me despite the heat, and whacked the helmet. They ordered me to swear at the founder of Falun Gong, but I refused. Then Dong, chief of the police station, came out and slapped me in the face.

By that time, it was late in the night. I had skipped four meals and was sleepy. When one man detained for patronizing a prostitute asked for food, an officer gave him something to eat but yelled at me, saying I would not get any food because I practiced Falun Gong. Zhao and Dong continued to interrogate me and said I would be punished for not cooperating with them. I shook my head and refused to yield.

I was later taken to Jimo Detention Center with my eyes covered. Officer Zhao pointed at me and said to the inmates before he left, “This is a Falun Gong practitioner. Take good care of him!”

When I refused to recite the detention center rules, the cell head ordered four inmates to strip me naked and hold me down on a bed. The inmates kept beating me, and I screamed in pain. They did not stop, but I did not yield either.

The cell head then ordered all 17 inmates to beat me; otherwise, they would be punished. This time they pushed me against the wall, while some punched me and others kicked me or jabbed me with their knees. At first I screamed in pain, but later I had no strength and felt I would die at any moment. They kept beating me, and I felt as if my back and abdomen and all my internal organs were wrung out.

Some of the inmates were reluctant to continue when they saw my condition, but the cell head ordered them to keep on. When I passed out, they took me to the bathroom and poured cold water over my head and body. As soon I came to, they started to beat me again. They did this over and over again.

I was a mangled mess, and I lay on the floor like a pile of bloody meat. It was as if time had stopped, and every breath was as long as a season.

Sun, the detention center director, later came in and fussed at the inmates for beating me so badly. Nonetheless, he did not get me any medical treatment.

I heard later that I was not taken to the hospital until I had been in a coma for one week. By then, the doctors couldn't find a vein to give me an injection, and anything I was force-fed would come up. One doctor said I had systemic organ failure. “Why didn't you bring him in sooner?” asked the doctor.

When I was first transferred to Jimo Northern Hospital, officers from 610 Office sent people to watch me day and night. Later on, the doctors contacted my family to pick me up, saying I was beyond help. By then, people from the Jimo 610 Office, Changzhi 610 Office, and village administration had all left, shirking their responsibility. My father was furious: “I want a living son, not a dead one! Where did he get such injuries?” But no one answered him.

My family sought further medical care for me, but one doctor said it was not promising, since my brain had been deprived of both blood and oxygen, plus I had systematic organ failure. But whenever I regained consciousness, I would read the Falun Gong books and I recovered my heath quickly.

Diao, head of Changzhi 610 Office, showed up at my home every now and then, often unannounced. When he saw I was recovering, he ordered someone to stay in my home to watch me 24 hours a day.

One of my relatives overheard that the Jimo 610 Office had approved my detention in a forced labor camp when my condition improved. When I heard that, I chose to escape.

Besides physical torture, what I suffered mentally was no less painful. After I barely survived the beating by 17 inmates and escaped, the Jimo 610 Office heard about my appropriate location and distributed wanted lists in that area for my arrest. My ID card was confiscated, another way of depriving me of freedom and basic human rights.

Officials also harassed, interrogated, and arrested my parents many times, forcing them to provide my information. Every Chinese New Year, officials dispatched people near my relatives' place attempting to arrest me.

The fallout has extended to many areas of our lives. Because my family practices Falun Gong, my nephew did not pass the political review to join the army. When his father—my elder brother—failed to force my parents to give up their belief, he broke all their windows and planned to work with the village administration to get their house torn down, all the while threatening to kill them. As a result, whenever they heard his voice, my parents would hide in the woods and dare not return home.

This is Jiang's policy when it comes to persecuting Falun Gong practitioners: Ruin their reputations, cut off their financial resources, and eliminate them physically. He and his followers should be held responsible for their crimes.

Key Parties Involved in Persecuting Mr. He and His Family:

“Liaoning Couple Arrested for Putting Up Posters about Their Faith”

“The U.S. Department of State May Deny Visa or Entry to Those Involved in Persecution of Falun Gong”