(Minghui.org) Five Falun Gong practitioners from Nanchang City, Jiangxi Province have been incarcerated for more than a year for not renouncing their faith. The local Procuratorate has returned their cases three times for insufficient evidence, but the police have nonetheless refused to release them.

According to Chinese criminal law, if a prosecutor still finds the evidence insufficient for indictment after supplementary investigations, which cannot exceed two times or longer than one month, the suspects are to be promptly released.

Such laws, however, are often broken by law enforcement or the judicial system in the prosecution of Falun Gong practitioners. Falun Gong, also known as Falun Dafa, is a mind-body practice that has been persecuted by the Chinese communist regime since July 1999.

While in recent years some prosecutors and judges have begun to show reluctance to carrying out the persecution policy, it has proven difficult for them to stand up against the regime's repressive state apparatus and to uphold justice for Falun Gong practitioners.

Ms. Liu Yongying, 56, was arrested at around midnight on April 3, 2018. Eight officers ransacked her home and confiscated her computer and printer, as well as many other personal belongings.

Ms. Li Fenyu was arrested at home on April 10 while studying the Falun Gong teachings with four other practitioners. She and three of her guests, including Ms. Liu Haizhen, Ms. Chen Dongmei, and Ms. Xu Jianfei, were released after two days of detention at Qingshanhu Police Station. The fourth guest, Ms. Hu Huomei, remains incarcerated.

Ms. Yan Jinhua was arrested on April 13. She, Ms. Liu Yongying, Ms. Wen, Ms. Xie, and Ms. Hu have been held at the Nanchang City No.1 Detention Center since their arrests.

Past Persecution of Ms. Liu Yongying and Ms. Hu

Ms. Liu Yongying, a school teacher, began practicing Falun Gong in October 1996. She credits the practice for her improved health and character. Because she did not renounce her faith in the face of persecution, she was repeatedly arrested and given two labor camp terms. She was savagely beaten, verbally abused, and force-fed. She was also forced to perform long hours of slave labor. 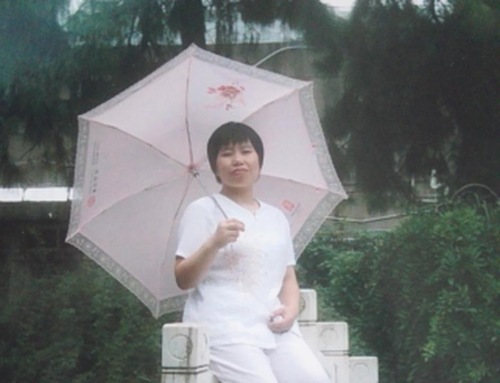 Ms. Hu, 46, learned Falun Gong in February 1999, and her high blood pressure subsequently disappeared. She was arrested twice after the communist regime ordered the persecution in July 1999, and her home was ransacked three times. She spent six years in forced labor camps and prison, for holding firm to her faith. Her five-year-old daughter often cried and looked for her while she was imprisoned.

Her high blood pressure recurred and she was poverty-stricken when she was released from the prison in 2015.