The 90th International Holland Tulip Time Festival was held in Holland, Michigan throughout the week of May 11, 2019. People from Michigan and several surrounding states attend this popular event and come to enjoy the colorful tulips.

The highly anticipated Muziek Parade held on Saturday, May 11, was the culmination of the week’s events. Over 100,000 people lined the streets to watch the parade, which consisted of 170 entries. 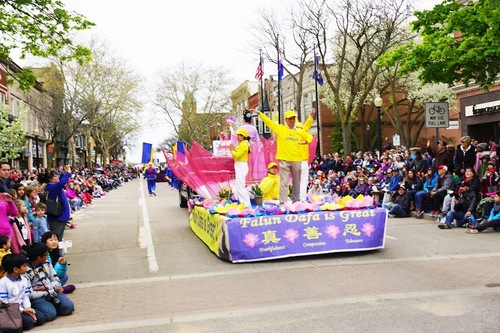 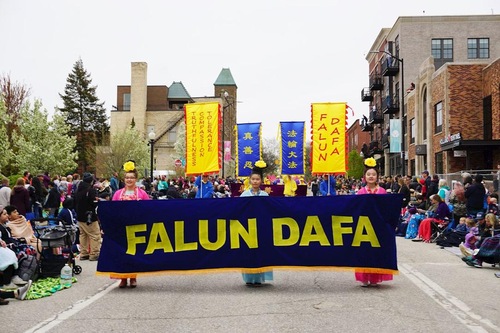 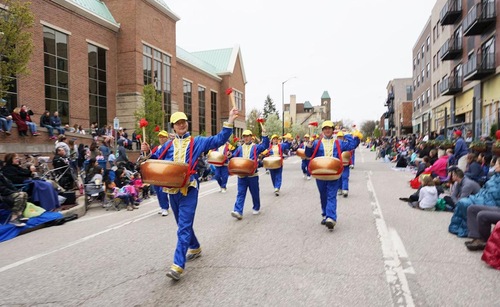 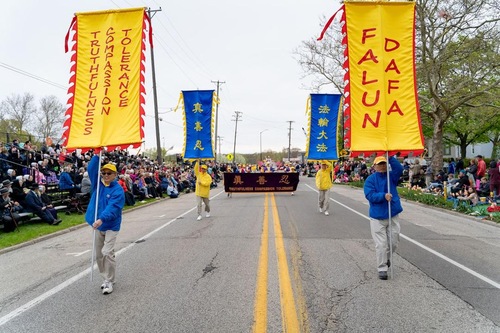 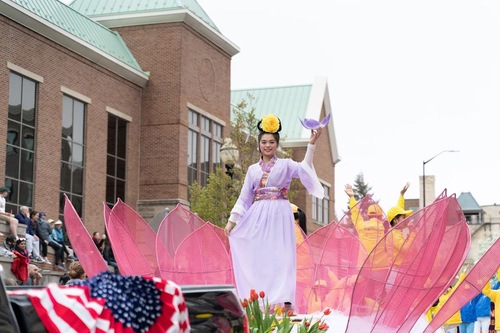 Falun Gong practitioners were invited to participate in the Tulip Time Muziek Parade on Saturday, May 11. The parade was seen by over 100,000 people lining the streets and more viewers via a live broadcast on YouTube.

Peg McNichol is the morning news anchor for the 1450 WHTC radio station in Holland. She was connected to the Twitter1 station and broadcast live streaming interviews. Attracted by the practitioners' colorful entry, she asked several questions and interviewed Dr. Xu of the Michigan Falun Dafa Association.

Dr. Xu explained what Falun Gong is and said this was the second time local practitioners have participated in the Tulip Festival. When Peggy asked about the Falun Gong exercises, Dr. Xu demonstrated the first set of exercises. 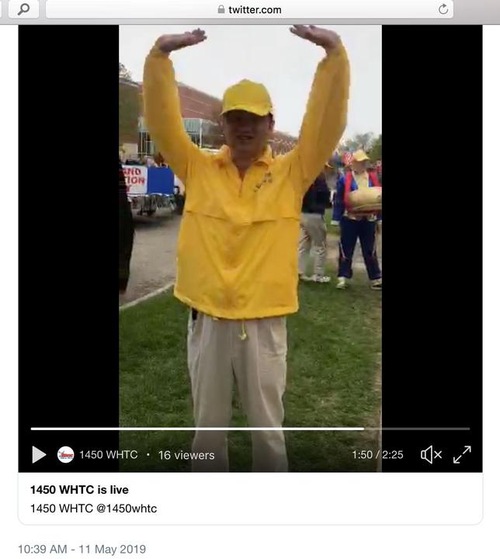 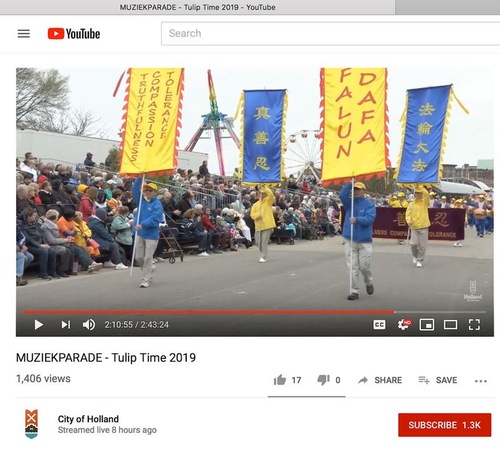 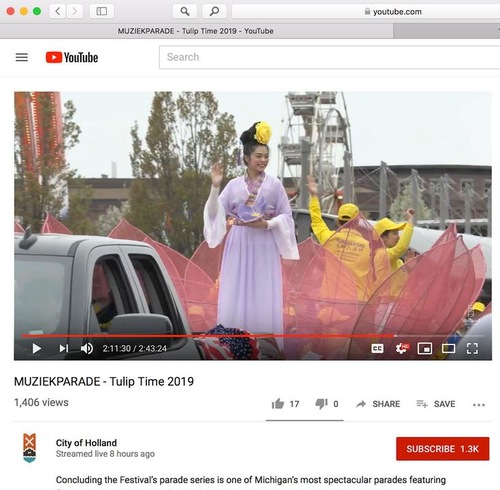 Screenshots from the live stream of the Muziek Parade by the Holland city government. 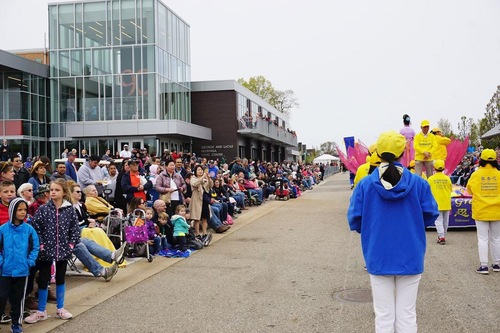 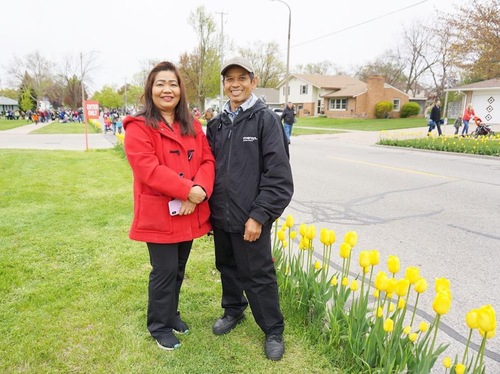 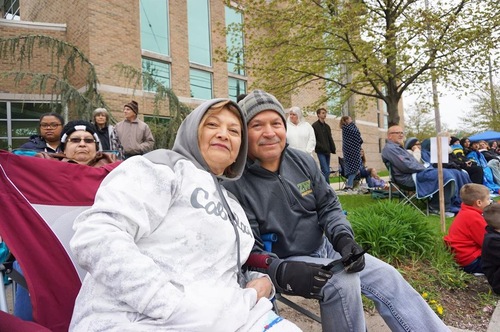 Jim Maro and his wife said the Falun Gong entry was beautiful. 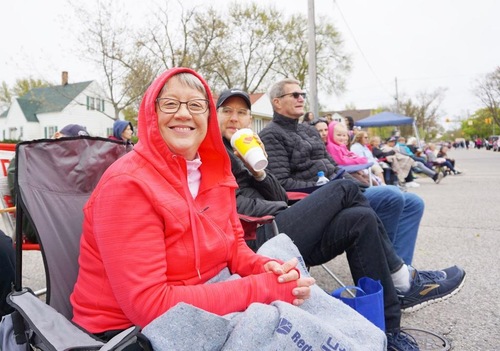 Grace Quinteilla said she hopes that practitioners will participate in the event next year. 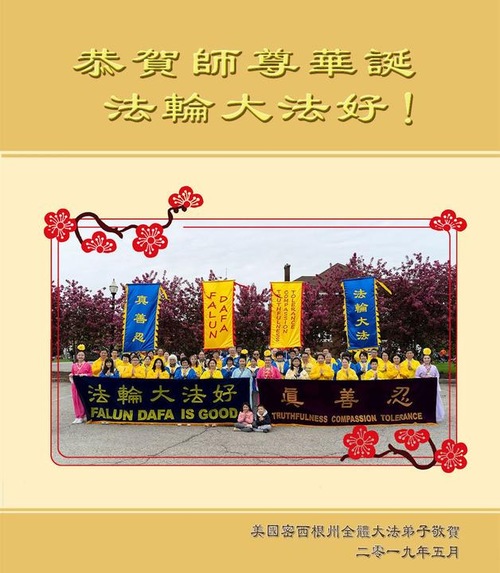 Falun Gong practitioners from Michigan thank Master Li Hongzhi (the founder of Falun Dafa) and wish him a happy birthday. 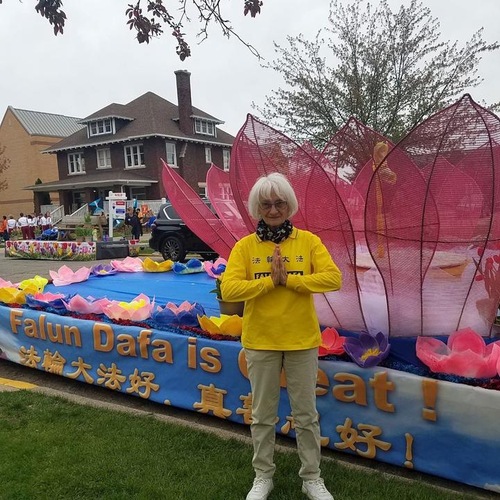 Practitioner Valerie Avore said she appreciates all the blessings she has received and thanked Master Li. 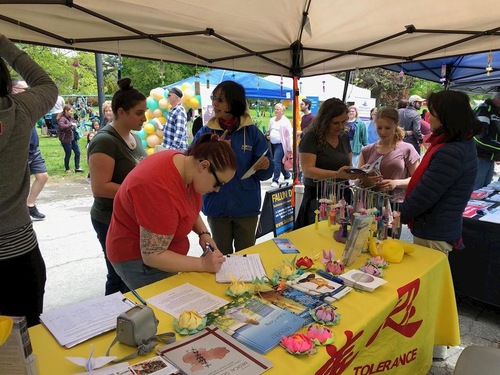 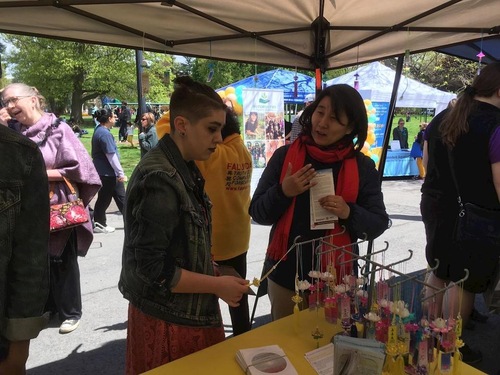 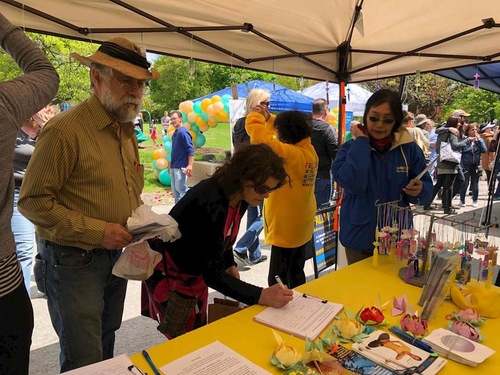 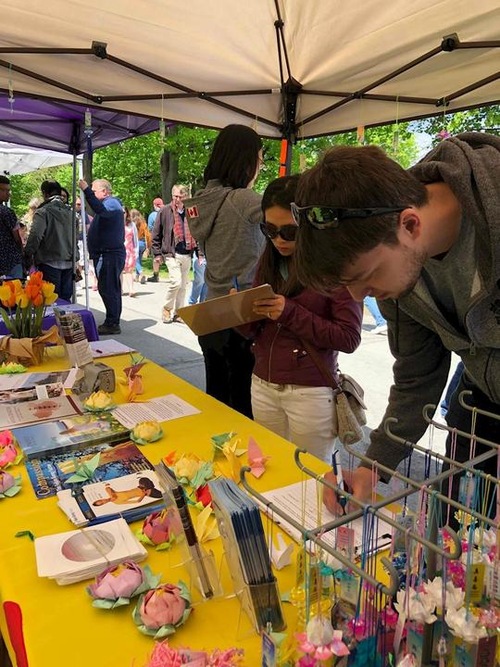 Jeff had been searching for a spiritual practice when he found information about Falun Gong online a few months ago. On Saturday morning, Jeff and his wife came to the Falun Gong booth.

Jeff said that he knew about the Chinese Communist Party's (CCP) persecution of Falun Gong. He and his wife signed a petition calling to stop the CCP’s persecution and state-sanctioned organ harvesting from living practitioners. Both Jeff and his wife wanted to learn the exercises. 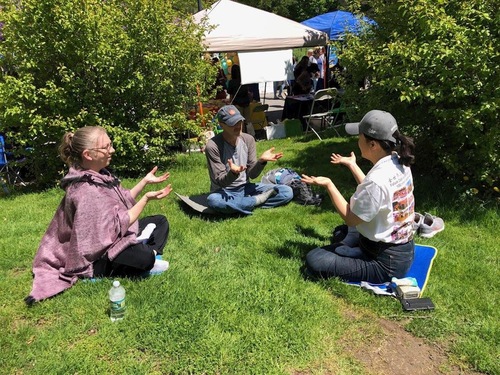 Jeff and his wife learn the fifth exercise, the sitting meditation.