(Minghui.org) About 10,000 Falun Gong practitioners from across the world held a parade in Manhattan, New York on May 16, 2019 to mark the 27th anniversary of Falun Dafa's introduction to the public. Among them, many were from Europe. Several European practitioners shared their stories with Minghui reporters. 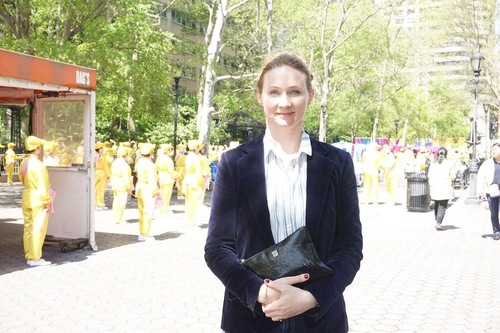 Helene from France lives in Paris. She said she started practicing Falun Gong on July 20, 1999, the day that the Chinese Communist Party (CCP) launched the persecution of Falun Gong in China.

Helene was very interested in Chinese culture when she was very young. She believed that there is deep wisdom in Chinese culture, including Buddhism, Taoism and Confucianism, which deeply attracted her. Seemingly by coincidence, she encountered Falun Gong.

She began to practice Falun Gong diligently. In order to bring an end to the persecution taking place in China, many practitioners worked together to raise awareness of the CCP's persecution. In October 2001, Helene and 29 Dafa practitioners from all over the world traveled to Tiananmen Square where they called out in unison, “Falun Dafa is good!” The event made a huge impact worldwide. 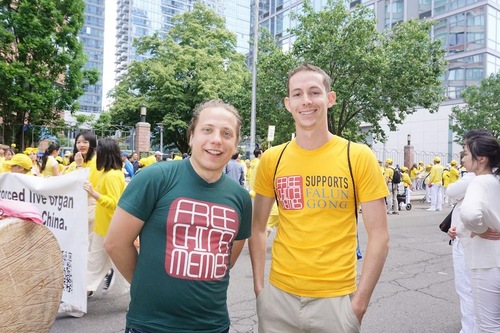 Later, through a friend, he began to read Zhuan Falun, the main book of Falun Gong. He found that this was what he had waited for! After he began practicing Dafa, he changed completely.

When he first started practicing, his father was seriously ill. He and his mother took over his father's business, and while working, he also took care of his father who was hospitalized. Eventually, his father passed away. Ivo said that Dafa helped him a lot during this stressful time. If he had not practiced Dafa, he could not have prevailed and done so well.

Ivo said, “It’s great to be able to come to New York to participate in the parade today and have the opportunity to meet so many Dafa practitioners, share experiences and encourage each other.”

His friend who walked with Ivo in the parade was Miles Segni, a Falun Gong practitioner from the Midwest U.S. Miles is now a data analyst at a company. He began practicing Falun Dafa at the end of 2011.

Miles said, “After practicing Falun Dafa, I have the ability to overcome the difficulties I encounter.” 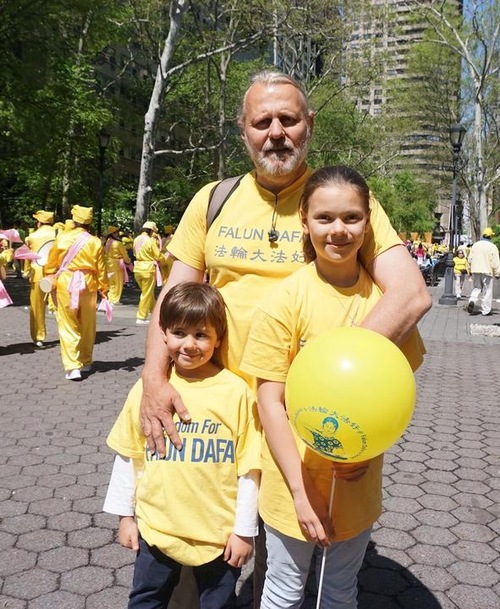 Practitioner Stéphane Mayer from France and his two children. He started practicing Falun Gong in 1999. 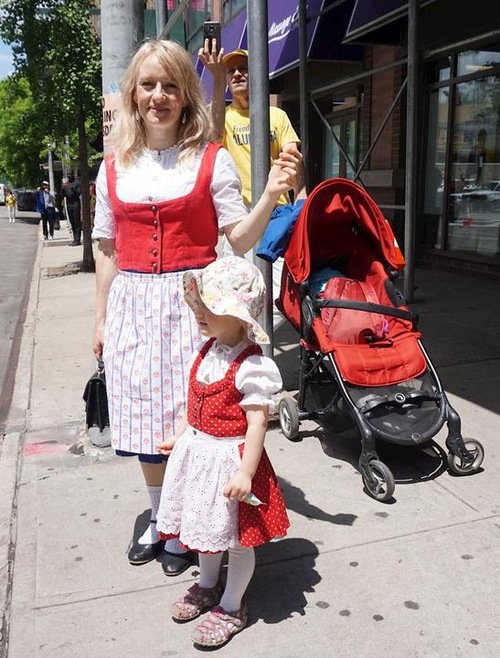 Practitioner Denise Alfjorden, her husband Dan Alfjorden and their little daughter Leilani. Denise said that the principle of Truthfulness-Compassion-Forbearance is the most important. 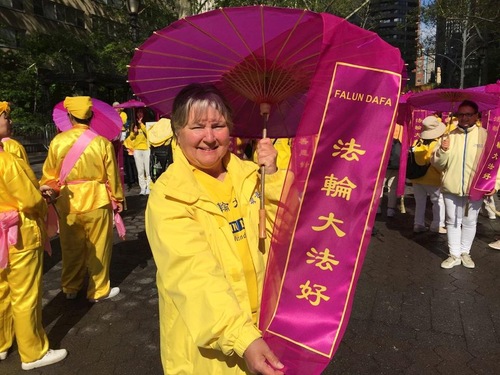 Karin from Cologne, Germany said, “I have a very stressful job. Although I got a lot of sleep every night before I started practicing, I often felt that I did not rest well. After I began practicing Falun Gong in 2002, my sleep became very efficient and I am energetic and in high spirits.”

Karin also said, “After practicing Falun Gong, I followed the principle of Truthfulness-Compassion-Forbearance. Gradually, my supervisors at work felt that I was the most trustworthy employee. If there are any confidential projects, they ask me to do it." 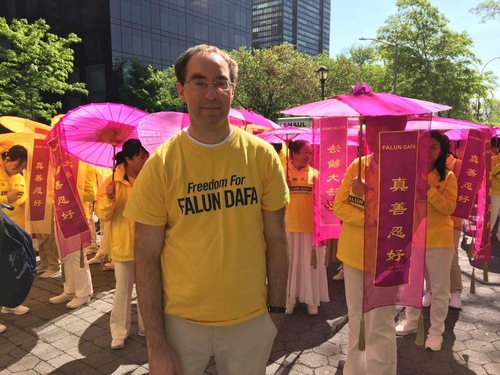 Christoph is from Frankfurt, Germany. He shared, “Before practicing Falun Gong, I enjoyed parties and drinking. At that time, my academic performance was very poor. Once, when I passed the Chinese Consulate, a Falun Gong practitioner gave me a newspaper. I read an article in the paper that said that by practicing Falun Gong, one can calm one's mind.

“So I downloaded the book Zhuan Falun from the Internet. After I finished reading it, I started practicing Falun Gong right away. My sleep became better. At school, I also become more focused on learning. My grades have gone up.”