Twenty-seven years ago, Master Li introduced Falun Dafa to the public in China. Today, the Buddha Law with Truthfulness-Compassion-Forbearance as its fundamental principles has been introduced to over 100 countries around the world and brought people improved health and peaceful spirits. Practitioners in Japan, like those around the world, expressed their deep gratitude for Master Li's grace on this special day. 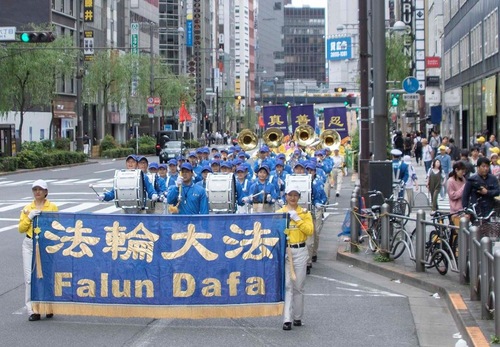 The one-hour-long parade started from Hibiya Park at 12:15 p.m. and ended at Tokiwadai Park. The procession was headed by the Tian Guo Marching Band, followed by a team of women practitioners dressed in fairy costumes. Next were practitioners with large colorful banners and a waist drum troupe. The parade created a beautiful scene in Ginza, the top shopping district of Tokyo.

As the marching band started playing its resonant music, the noisy street became quiet. Passengers stopped to watch their exciting performance. “Beautiful!” They praised and cheered. 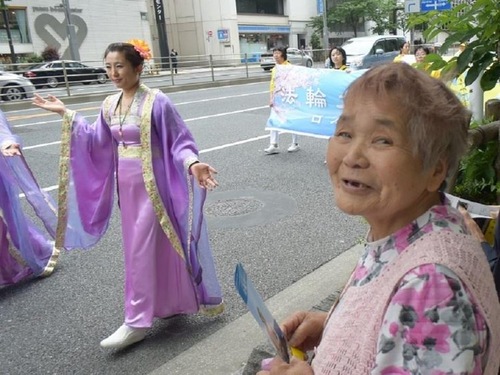 An elderly lady said, “This is the best parade I have ever seen!” 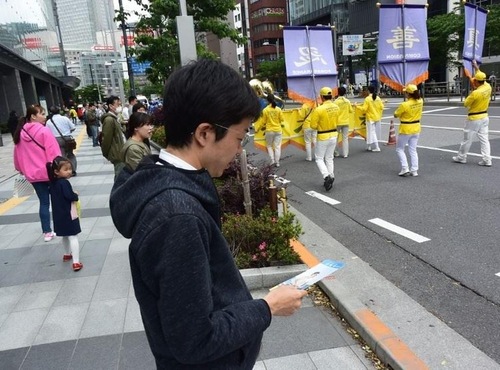 A gentleman who works in Ginza watched the parade and read the brochure. He praised what he had seen, “It's marvelous!”

An elderly gentleman named Yokoyama told the reporter, “I heard about Falun Dafa on TV. It's the first time I have seen their parade. It's great!” 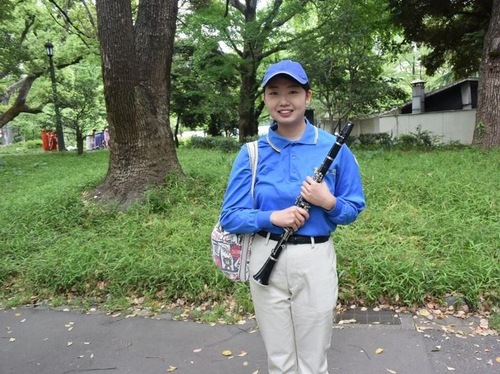 Matsumoto, a member of the Tian Guo Marching Band, said, “Thank you, Master!”

Matsumoto, a college student and member of the Tian Guo Marching Band, said that she had learned Chinese in Minghui School when she was young. She heard about Falun Dafa in school and started cultivating based on the Dafa principles. She felt that self-cultivation had brought her closer to people around her and taught her to be considerate of others.

She said, “Master Li has helped me through many difficulties. I thank him from the bottom of my heart. I will continue to work hard in the Tian Guo Marching Band!” 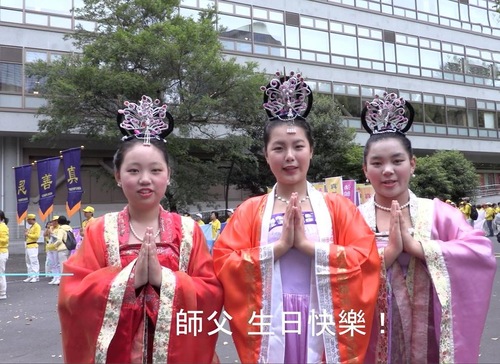 Xianzi told the reporter, “I used to be a sickly child. Falun Dafa has given me great health. My mom is a Dafa practitioner, and I started practicing with her when I was young. Dafa has taught me how to treat others well and how to deal with difficulties in life, such as conflicts with friends in school. Thanks for Dafa's guidance, I'm living a good and healthy life!”

Fazi said, “One sentence is by far too little to express my gratitude to Master! It's hard to find any words to describe my appreciation. Master is great!” 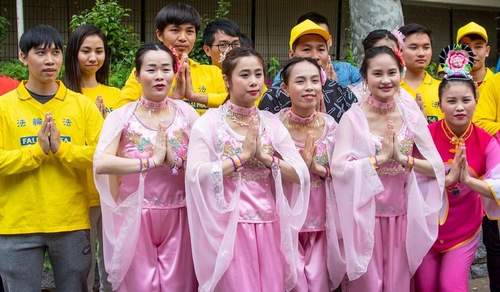 Letty Vin Hoa, a college student from Vietnam, told the reporter, “Master has completely changed my life. I thank him from the bottom of my heart. I used to be a head-strong and selfish person, and had a bad temper. Self-cultivation has given me a calm and considerate personality.”