Belated News: 50-Year-Old Woman Dies after Nearly 20 Years of Being Persecuted for Her Faith

Falun Gong, also known as Falun Dafa, is a spiritual discipline based on the principles of Truthfulness-Compassion-Forbearance. The practice has been persecuted by the Chinese communist regime since July 1999.

Ms. Li was last arrested on March 6, 2015, when she was distributing Falun Gong informational DVDs to passersby on Changchun Street. Xu Jian, deputy head of Changchun Police Station, and other officers ransacked her house and took her to the police station.

Xu interrogated her and used a rubber police baton to hit Ms. Li on the head with extreme force several times. She almost fainted. Hours later, she was taken to Nangou Detention Center. 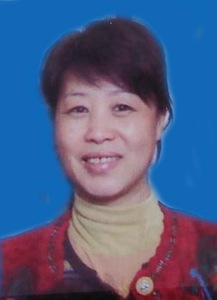 The detention center guards placed Ms. Li in solitary confinement when she went on a hunger strike to protest the arbitrary detention. She was taken to Fushun Hospital of Traditional Chinese Medicine three days later to be force-fed and injected with unknown drugs.

A week later, on March 17, her family received a notice that she had fallen into a coma the day before and that they should come to pick her up as soon as possible.

When Ms. Li's family got the hospital, they found that, while she had come to, she appeared to have memory loss and could not talk clearly. Once home, her family discovered that she had also become incontinent and she was numb from the waist down.

Ms. Li regained her memory a week later and told her family how officer Xu had hit her on the head. She also revealed that, after a physical exam at the hospital, the doctor wanted to operate on her brain, saying that she was ill. She refused.

Ms. Li added that she was injected with an unknown drug.

After her release, she continued to decline. She sometimes coughed and started having fever frequently beginning in 2017. It got worse after June 2017.

By August 2018, Ms. Li's fever was unrelenting and she was in and out of consciousness on August 19. She was taken to the Fushun Mining Affairs Bureau General Hospital but her fever did not subside. She also continued to convulse. They discovered she had tuberculosis and organ failure.

Ms. Li was transferred to Fushun Cancer Hospital, where she died three days later, on August 23.

Her family and friends suspect that the lingering effects of being hit with a police baton and injected with unknown drugs led to her death.

Prior to her 2015 arrest, Ms. Li was arrested five times and had 6,000 yuan in cash confiscated from her.

In September 1999 when Ms. Li went to Beijing to appeal for Falun Gong, she was arrested by Fushun police stationed in Beijing. She was detained at Xinhua Police Station for 19 days and had to pay 5,000 yuan in cash to be released.

On December 16, 2000, Ms. Li was arrested again and sent to Wujiabao Forced Labor Camp for two years. She was tortured, deprived of sleep, and forced to do hard labor without pay.

Ms. Li was arrested the third time on March 5, 2002, when she was on her way to Beijing to appeal for Falun Gong. She was seized at Shanhaiguan Train Station and detained for 15 days. She was later sent to Wujuabao Labor Camp for 10 days and fined 1,000 yuan.

In September 2002, Ms. Li was arrested for a fourth time and given three years of forced labor when she refused to give up her belief. She was released earlier after she went on a hunger strike.

The fifth arrest took place in August 2008. Her home was ransacked as well. The police confiscated her notebook computer and printer. The police used their connections to make sure that Ms. Li was sentenced to prison, but she first had to be examined at a local hospital. To avoid being taken to prison, Ms. Li jumped from the hospital building and sustained severe back injuries. She recovered after practicing the Falun Gong exercises.