The Tianjin practitioners were released following the peaceful appeal, but three months later on July 20, 1999, then head of the CCP, Jiang Zemin, launched a nationwide persecution campaign against Falun Gong practitioners that continues to this day.

Several congressional representatives sent letters to express their support for Falun Gong and called for an end to the ongoing persecution. During the forum, a practitioner who participated in the April 25 appeal in Beijing talked about his experience. Practitioners who were subjected to the CCP’s brutal persecution also spoke about their ordeals.

The World Organization to Investigate the Persecution of Falun Gong (WOIPFG) shared an update of their ongoing investigation into the CCP’s state-sanctioned live organ harvesting. Their research has shown that the crime is ongoing. Many of the forum participants are of the mind that the CCP’s stance against humanity will never change. 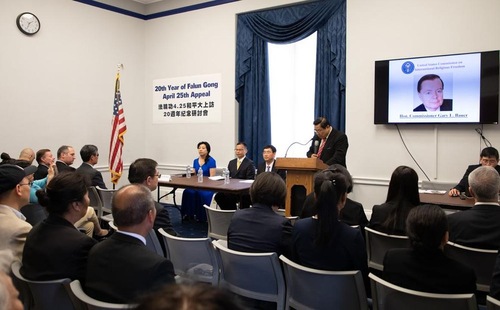 Forum in the U.S. Congress on the 20th anniversary of the April 25 appeal. 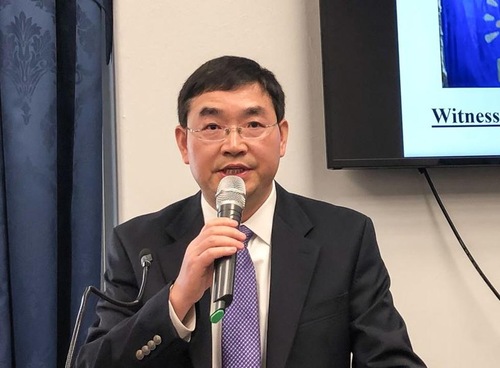 Shi Caidong was one of three practitioners who met with CCP officials on April 25, 1999.

Shi Caidong, a former doctoral student at the Chinese Academy of Science, participated in the April 25 appeal in Beijing. He volunteered to meet with the then Prime Minister as one of three representative practitioners. They went to the State Appeals Office and talked with authorities. They asked for the immediate release of Falun Gong practitioners being detained in Tianjin. They also asked for an unrestricted environment in which to practice their belief and to be allowed to publish Falun Gong books.

Mr. Shi said, “Three months later, however, the CCP claimed that the peaceful appeal was a 'siege on the central government compound,' and the event was used as a pretext to initiate the persecution.”

Shi was arrested, incarcerated in forced labor camps and underwent brainwashing because he persevered in his belief.

He pointed out that despite the regime’s efforts, Falun Gong has been embraced across the world over the past 20 years. As practitioners continue to raise awareness of the CCP’s persecution, more and more people are paying attention and supporting their efforts.

Businessman and Artist Targeted and Tortured by the CCP

Tang Zhihong, a successful private entrepreneur from Guangdong Province, was the executive chairman of the Guangzhou Shengdilu Leather Factory and had nearly 100 employees. The company had three processing plants with a turnover of nearly 20 million RMB ($2.97 million). 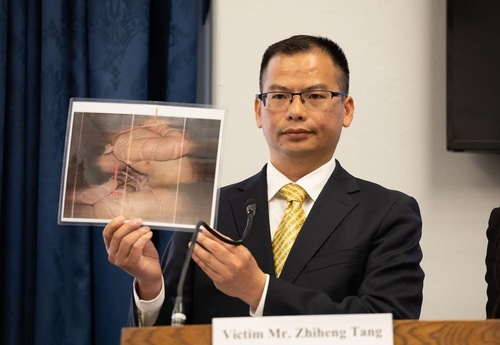 Tang Zhihong owned a successful company in Guangdong before being targeted for his faith.

“I was arrested eight times, incarcerated in forced labor camps for two years, and imprisoned for four and a half years for practicing Falun Gong,” said Mr. Tang. “I was subjected to various tortures including brutal beatings, sleep deprivation, force-feeding, and forced hunger strike.

“I was repeatedly tortured until I nearly had a mental breakdown. My wife Huang Tongwen was also tortured. She was incarcerated for two years in a forced labor camp.”

Mei Xuan plays the erhu (a Chinese music instrument) and is a Falun Gong practitioner. She was the principal erhu player for more than 20 years in the Anhui Art Theater Orchestra of China, and has played for many films and TV programs. After the CCP began to persecute Falun Gong on July 20, 1999, she was illegally arrested five times because she would not give up her belief.

“In 2002, I was kidnapped by the police and taken to a hotel. They handcuffed me to a chair and did not allow me to sleep for 24 hours. After being handcuffed for a month, my hands and feet were in pain, and my fingers and feet became swollen. Hands are extremely important for a musician. The CCP attempted to ruin not only my faith, but also my life and career as an artist.”

Mei Xuan's husband is also a Falun Gong practitioner. The CCP sentenced him to three years in prison for his belief and he was not allowed to apply for a passport. Because of the persecution, the couple were only able to live together for a few months over the past 20 years.

Mei Xuan said that several of her artist colleagues and friends have been either tortured to death or to mental collapse, or imprisoned because they would not give up their faith.

Chairman Zhiyuan Wang of the WOIPFG said in the forum, “From October 19 to December 2, 2018, a WOIPFG investigator made phone calls to the directors and doctors of 12 hospitals in China using the title of deputy director of the Sichuan Provincial Political and Legal Committee to make arrangements for transplants for relatives.

“Their 17 investigative phone calls were recorded. Some of the calls were conducted at the NTDTV studio, and the entire process was recorded on film. There were also witnesses who had paid attention for several years to the live organ harvesting.

“The investigation shows that the crime of organ harvesting from living Falun Gong practitioners has never stopped, but continues. China still has a significant number of non-consensual live organ donors.”

Wang played a recording of a phone call made to a hospital in Beijing in 2018, which shocked the forum attendees. 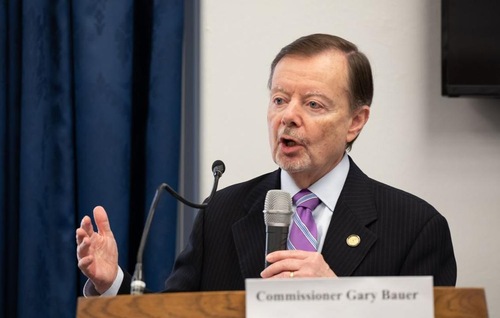 Gary Bauer of the United States Commission on International Religious Freedom said that the April 25 peaceful appeal was recorded in the commission’s first annual report.

Commissioner Bauer pointed out that twenty years have passed, but the violation of Falun Gong practitioners’ human rights and those of other faith groups in China has worsened. He said that the CCP makes an enemy of anyone with religious beliefs. 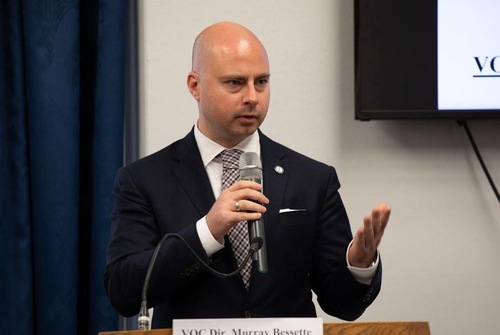 Murray Bessette, Director of Education and Promotion, The Victims of Communism Memorial Foundation.

Murray Bessette, Director of Education and Promotion, The Victims of Communism Memorial Foundation, said that in the future, when we hear the phrase “CCP” we will think, “Courageous Chinese People” instead of “Chinese Communist Party.” 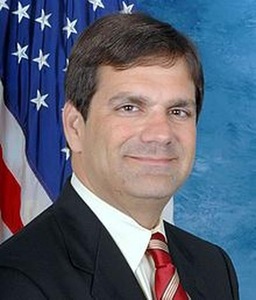 Rep. Gus Bilirakis from Florida stated in his letter that the CCP is one of the regimes that most severely violates human rights in the world. For more than a decade, hundreds of thousands of Falun Gong practitioners have been sentenced to prison or been incarcerated in forced labor camps.

He further stated that thousands of Falun Gong practitioners died while in custody. Many were forcibly placed in heavily guarded psychiatric hospitals. This torture has been widely reported. Lawyers who tried to defend them were harassed, beaten, attacked and intimidated by the police. Representative Bilirakis said that the United States has a moral obligation to condemn atrocities and persecution around the world, especially by the CCP. 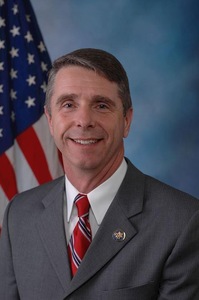 Rep. Robert Wittman of Virginia stated in his letter that the April 25 appeal has historic meaning. Commemorating this day not only expresses respect, but also provides an important opportunity to look forward to a bright future. 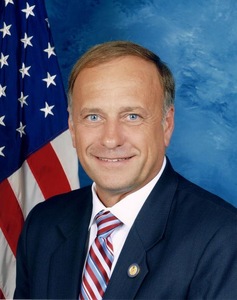 Rep. Steve King of Iowa looks forward to the end of the persecution of Falun Gong in China.

Rep. Steve King of Iowa stated in his letter that even non-violent disobedience was violently suppressed by the CCP regime. Such atrocity cannot be tolerated.

He stated that such atrocities were not only unbelievable, but also must be completely removed from the earth. Representative King added that he looks forward to the coming of that day and works towards this goal. 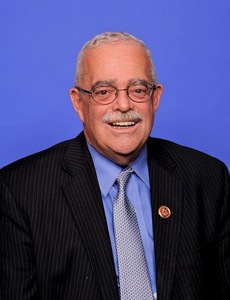 Rep. Gerald Connolly of Virginia stated in his letter that Falun Gong practitioners have responded to the CCP’s violent persecution in a peaceful manner. They have persevered to let the Chinese people understand the essence of their practice and to be aware of the persecution. 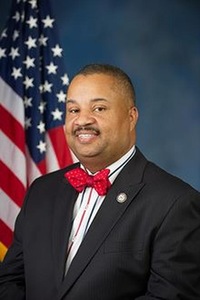 Rep. Donald Payne Jr. of New Jersey feels Falun Gong practitioners should have the freedom to practice their belief.

Rep. Donald Payne, Jr. of New Jersey appreciated the practitioners’ sharing their experiences of persecution. He emphasized that, wherever Falun Gong practitioners live, they should be allowed the freedom to practice their belief.

“Eliminating My Attachments to Electronics and Saving Sentient Beings”