(Minghui.org) Letter from Masanjia, a documentary that has won multiple international awards, was screened 28 times in three cities in Taiwan – Taipei, Taichung, and Kaohsiung– March 22-28, 2019. Audience members were greatly shaken by the brutality of the Chinese Communist Party's (CCP) persecution of Falun Gong and touched by the great courage of the Falun Gong practitioner in the documentary.

Directed and produced by Canadian filmmaker Leon Lee, Letter from Masanjia begins when Julie Keith, a woman in Oregon, finds an SOS note in a box of “Made in China” Halloween decorations. The plea for help was written by Sun Yi, a Falun Gong practitioner detained in China’s notorious Masanjia Labor Camp. In the letter, which traveled over 5000 miles, he called attention to the plight of prisoners of conscience, especially Falun Gong practitioners, imprisoned and tortured at Masanjia.

Poster for the premiere screening of Letter from Masanjia in Taipei, Taichung, and Kaohsiung 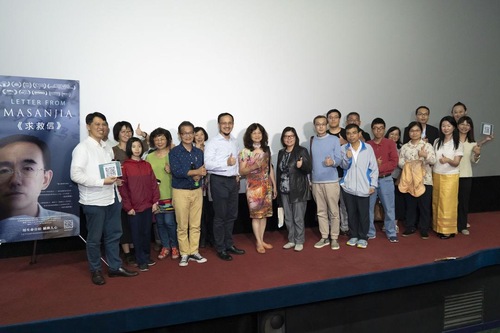 People from all walks of life, including doctors, professors, community leaders, professionals in business, finance, film-making and others, attended the screening in Kaohsiung. They were greatly moved by the documentary. 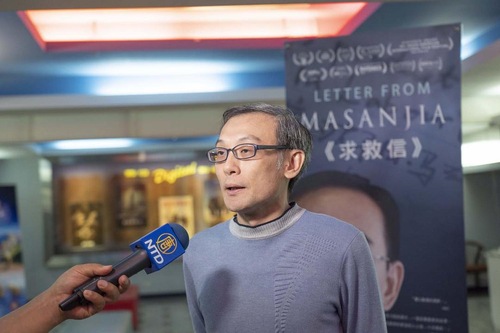 Mr. Liu Zhejia, President of Vision, Independence, and Development Advocated Society of Taiwan (VIDAS), said he was inspired by the documentary.

Mr. Liu Zhejia, President of Vision, Independence, and Development Advocated Society of Taiwan (VIDAS), said, after watching the documentary, “I have been inspired by Letter from Masanjia. The only way to shake the evil forces and make them retreat is to remain firm in one's faith and face terror fearlessly. Any flinching bows to the evil. No matter how intense the terror is, we have to overcome it, let the voice of justice be heard, and encourage each other to keep going.”

“Freedom of belief is precious!” 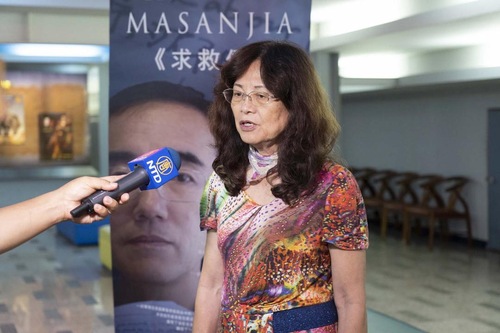 Professor Lin of National Kaohsiung University of Science and Technology feels that every Taiwanese should see the documentary.

Professor Lin of National Kaohsiung University of Science and Technology, who also serves as the president of the Community Development Association, said, “China claims to be a modern country with advanced technology, but many Chinese live in fear. So many kind and spiritual people have been terribly persecuted! The development of technology has to be coupled with advancing culture and humanitarian issues, spirituality and morality. If people are deprived of freedom of thought and spiritual belief, society's morals go downhill. Where is hope then?”

Professor Lin suggested spreading the information in the documentary to a wider scope of Taiwanese society, including schools, to warn people of the Chinese Communist Party's lies. She thought the whole world should know about the persecution, and condemn the CCP to help stop the persecution. She said, with deep emotion, “I love China. It's a beautiful land, but the political system is bad. The Communist system is the root of the trouble. I look forward to seeing a change soon and an end to these disasters.”

Professor Lin added, “Freedom of belief is so precious! I sincerely pray for Falun Gong practitioners to be free from the CCP's terror and persecution!”

“Everyone should pay attention to this” 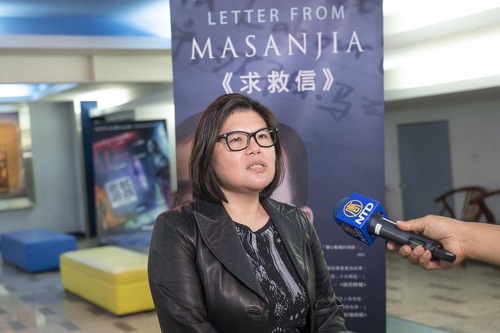 Ms. Lin Xinghong, a film director and Chair of the Taiwan International Media and Education Association (TIMEA), was saddened by the persecution but pleased to see the documentary. She said, “The documentary is a great way to spread this information to the world and allow more people to see the true story...I deeply appreciate the bravery of Sun Yi...under the CCP's totalitarianism.”

Ms. Lin was encouraged by the documentary and said, “The documentary exposes the violation of human rights in China. The story touches everyone's hearts and allows Taiwanese to see what's happening in China. Every person of conscience should pay attention to this.” 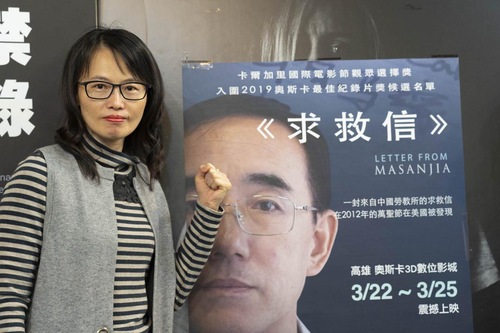 Ms. Chen, an insurance company manager, was touched by the documentary.

Ms. Chen, a manager of an insurance company, watched the documentary with her daughter and friends. She said, “I was so greatly shaken by this true story that I cried. It took an innocent person to risk his life to send the message out and draw attention to the persecution! Isn't this sad and shameful for China?”

Ms. Chen added, “Sun Yi's belief in Truthfulness-Compassion-Forbearance is great. Every life deserves respect. Not every Falun Gong practitioner has survived the CCP's torture. Who knows how many have died from the persecution? I will do my best to spread the information! I hope the CCP's violation of human rights will end soon!”