The “Sun Yat-Sen Memorial Hall,” a state-of-the-art building located in Taipei, Taiwan, is a memorial commemorating Mr. Sun Yat-sen (the founder of the Republic of China). It is a multi-purpose area that functions as a cultural, social, educational, leisure life, and academic research center. Sun Yat-Sen Memorial Hall is a must-see for people visiting Taiwan, especially for people from mainland China. 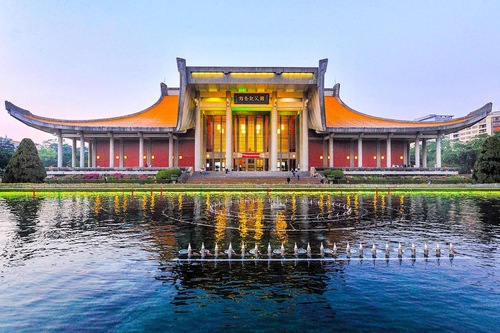 Sun Yat-Sen Memorial Hall is one of the important attractions for mainland Chinese to see when in Taiwan.

Local Falun Gong (also called Falun Dafa) practitioners come daily to the Sun Yat-Sen tourist site. They demonstrate the five sets of Falun Gong exercises, consisting of gentle and peaceful movements, while playing the melodious and peaceful music. They also tell the tourists about the beauty of Dafa. 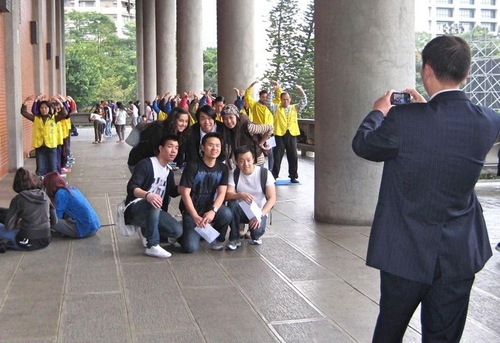 Tourists are taking photos with practitioners. 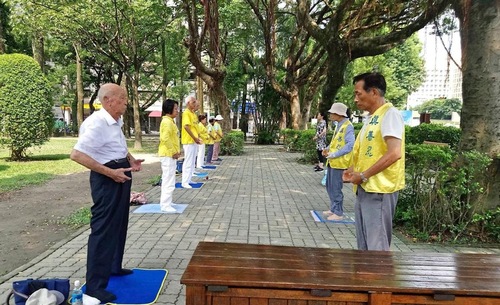 A practitioner in his nineties (left) never misses a day to do the exercises.

Besides introducing this ancient cultivation practice to the public, a major goal for practitioners is helping the Chinese tourists recognize the evil nature of the Chinese Communist Party (CCP), and convincing them to quit the Party and its youth organizations.

Practitioners set up television screens and display boards which show the torture that the Party has inflicted on Falun Gong practitioners in China during the almost 20-year-long persecution. They also expose the fabricated propaganda published by the Party meant to slander Falun Gong and incite anger against the cultivation practice. 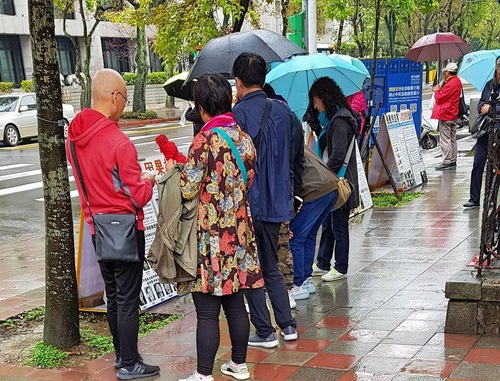 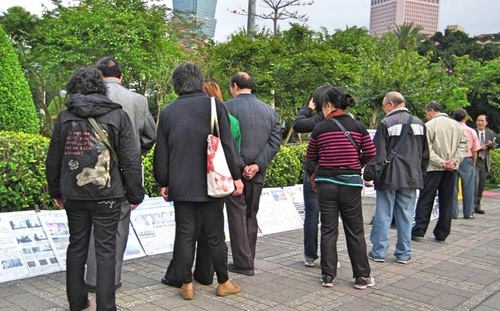 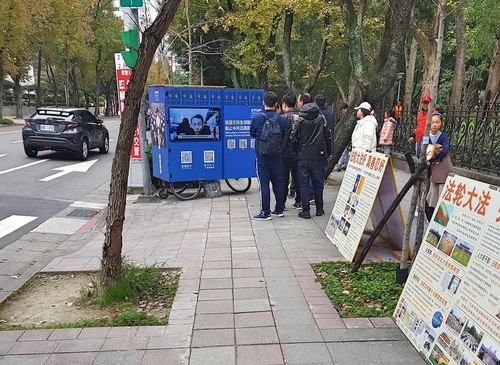 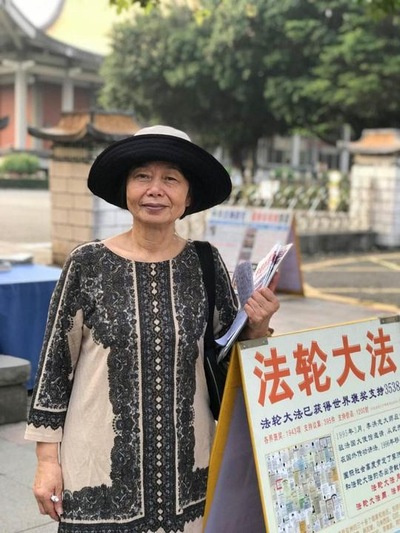 Ms. Chen Yuting, a practitioner since 1997, benefits from the practice physically and spiritually. She comes to the park daily to talk to Chinese tourists.

Ms. Chen Yuting and her fellow practitioners set up this truth-clarification site in 2008, after the government passed the policy to open the door to the Chinese tourists.

The practitioners who co-founded the site said that the truth is the “key to all the locks.”

Early-on, most Chinese tourists still believed the Party's lies about Falun Gong, and had bad attitudes toward the practice, but some were eager to understand the truth.

Ms. Chen recalled that a young man once walked close to the boards, and suddenly kicked them. The tour guide stopped him and said, “You can't do that. Their activity is allowed by law.”

Practitioners Succeed in Clarifying the Facts

Thanks to the perseverance of Falun Gong practitioners throughout the world clarifying the truth to people from all walks of life, the principles “Truthfulness, Compassion, and Forbearance” have become understood as universal values, needed by the world’s people. This has become the consensus of international mainstream society. Many Chinese tourists have also reached the correct understanding about Falun Gong.

Ms. Chen said that when a group of Chinese tourists passed by her boards last week, one person shouted, “Falun Dafa is good!” A friend of his suggested he not be so loud. The man replied, “This is the truth. Why should I be afraid of saying it?”

Many Chinese tourists have told practitioners, “In fact, we all know the bad things that the Party has done, but we are afraid to speak about it.”

Not long ago, Ms. Chen tried to talk to two young people, but they were afraid to listen to her. A senior Chinese tourist next to them said loudly, “I am from mainland China. Falun Dafa is good. Of course, I know! How can I not know? Young people have not experienced many things. They don’t understand, and are still afraid of the Party. The CCP brainwashing is so severe!”

Most of the tour guides now understand the truth about Falun Dafa, and their attitudes have turned positive. They often use the practitioners' site as a landmark for group gathering, and tell their tour groups, “You can view Falun Gong materials as you wish. You can choose freely in Taiwan.”

A few years ago, many Chinese tried to keep a low profile, even when they wanted to quit the Party. Nowadays however, many of them are excited and grateful to the practitioners for helping them quit the Party.

Ms. Chen said, “Many people sincerely thank us. We are also glad that they have learned the truth, quit the Party, and can see forward to a bright future. Meanwhile, I hope that the Chinese who have the opportunity to go abroad will learn more, and make a wise choice.”