(Minghui.org) Falun Gong practitioners participated in the St. Patrick's Day Parade in Cork, the second largest city in Ireland, on March 17, 2019. Over 50,000 spectators lined the streets to watch the parade. 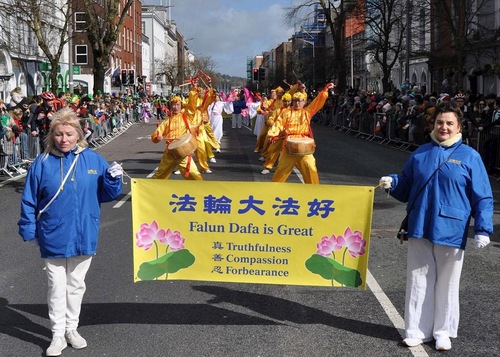 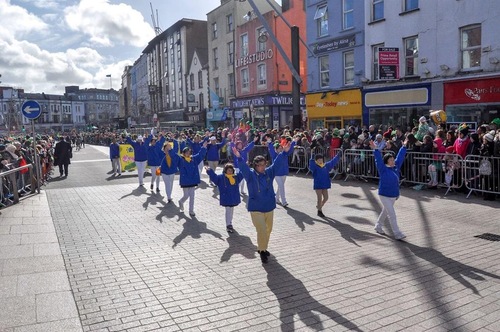 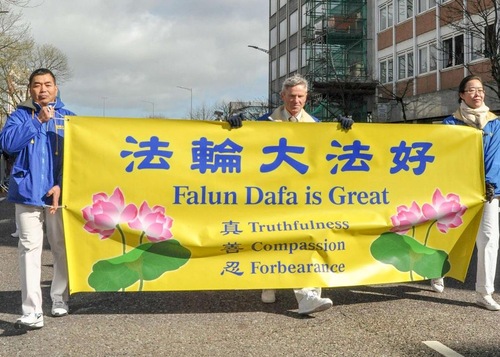 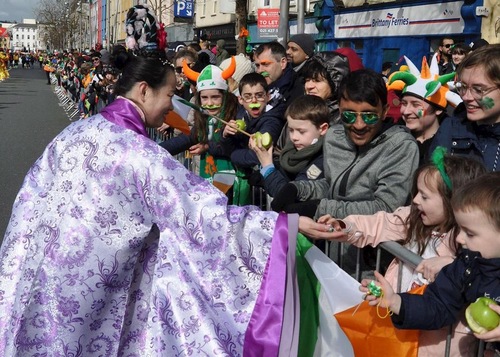 As the Falun Gong procession passed the central stage, the host told the audience that Falun Gong was a great traditional cultivation practice that originated in China, and it had been practiced by more than 100 million people in over 100 countries since it was introduced in 1992.

At the end of the parade, an elderly couple told practitioners that they knew that Falun Gong was great and that it had been persecuted in China. They expressed their wish to see the end of the persecution as soon as possible.