Sun Moon Lake in Taiwan is a must-see destination for tourists from mainland China. Syuanguang Temple, Wenhu Temple, and Yidashao Wharf are some famous sites which line the lake. In 2002 a new feature was added: Chinese can get uncensored information about Falun Gong and the persecution. Practitioners set up information stations at various locations, demonstrate the exercises, and offer to help people withdraw from the Chinese Communist Party (CCP). 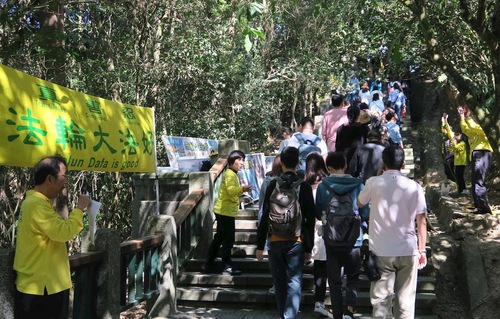 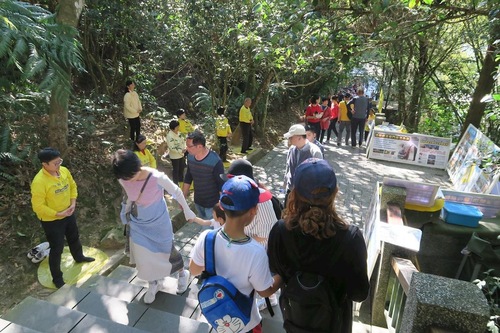 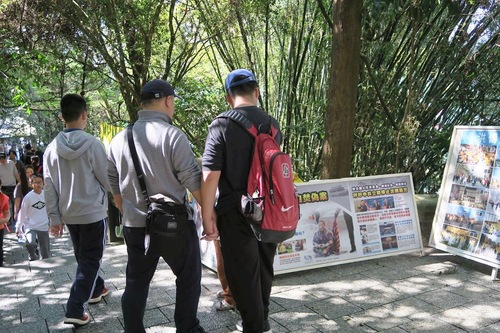 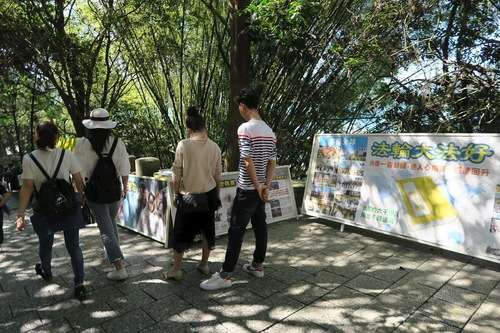 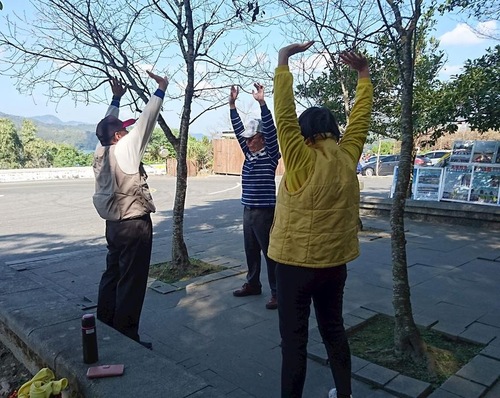 Ms. Yuwei began coming to Sun Moon Lake in 2002, and said that at first there were few Chinese tourists, “Some days not even one group.” She didn't want to miss the opportunity to clarify the facts to mainland Chinese face to face, so she began making truth-clarification materials.

Ms. Yuwei and other practitioners set up the first truth-clarification site at Wenhu Temple and added Syuanguang Temple in 2006. In 2008, Chinese from China were able to travel to Taiwan and the tourist traffic skyrocketed. In order to have information available for them every day, practitioners in central Taiwan began a relay effort.

Ms. Yuechun began coming to help in 2003. She was encouraged when one day a group of Chinese tourists surrounded her and asked for truth-clarification DVDs. They told her, “We came for this.” When she asked, “Aren't you afraid?” One man answered, “What's there to be afraid of? I even asked the tour guide to play the DVD for us.” 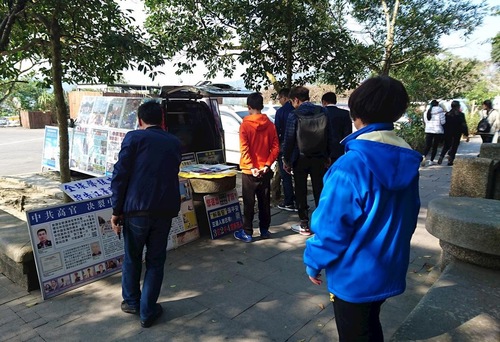 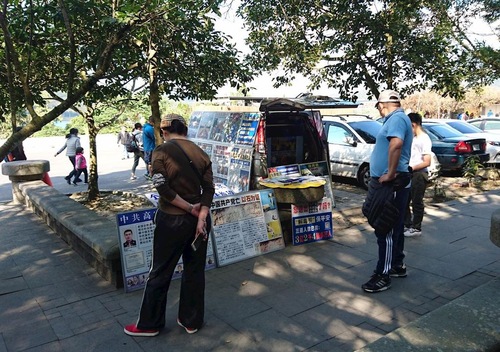 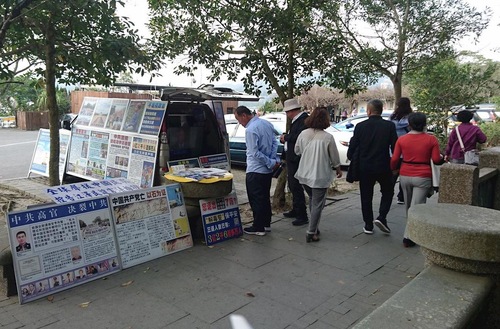 Yuechun said that as soon as people learn the facts about Falun Gong, their hearts change. She shared a recent encounter with a family from Fujian Province. An elderly man in a wheelchair was taking a break near the practitioners' information station in the parking lot. After chatting with Yuechun, the man asked her help to stand up. He slowly walked around the information boards and took several photos. Before he left he quit the CCP organizations that he had joined.

“Falun Dafa is great!” a Chinese tourist shouted near the truth-clarification site. He told practitioners that he signed a petition to end the persecution when he was traveling in Japan. “Keep up the good work,” he told practitioners before he left.

Yisheng, who has been talking to people at Syuanguang Temple, has had similar experiences. Several Chinese tourists told him, “The CCP will only last one or two more years.” Many said that they've talked to practitioners before and were able to withdraw from the Party during their trips overseas. 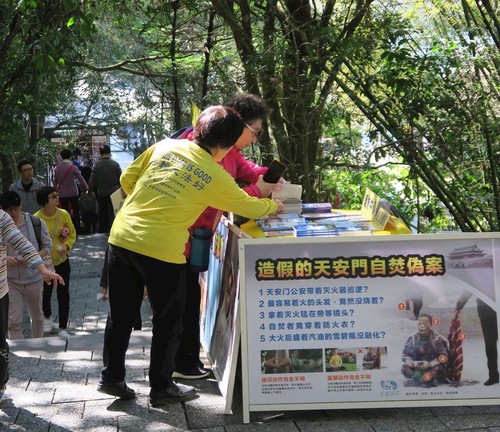 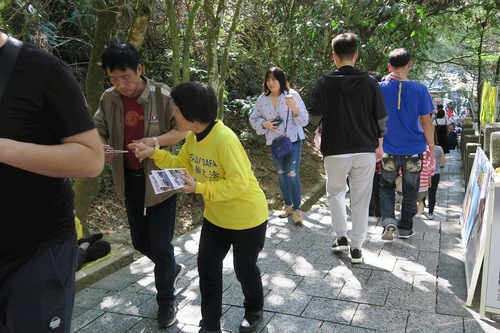 Asked if she plans to end her truth-clarification efforts at Sun Moon Lake, Yuwei said, “Not until the day the persecution of Falun Gong ends in China.”

“A Fa Study Group Is Not a Social Club”