(Minghui.org) Jennifer Zeng, a journalist and human rights activist who has been active in raising awareness around the world about the persecution of Falun Gong practitioners in China, visited Israel in early February 2019.

Jennifer, a Falun Gong practitioner herself, was arrested for her belief and sent to a forced labor camp, where she endured horrific torture. Jennifer fled China in 2001 and was granted political asylum in Australia. She has since been telling her story—as in her book, published in 2005—by giving lectures, meeting with public figures, and providing media interviews.

Falun Gong is a spiritual practice that includes five meditative exercises. It is based on the principles of Truthfulness, Compassion, and Forbearance. Falun Gong is taught free of charge throughout the world. It became the most popular cultivation practice method throughout China, and many practitioners gained physical and mental health from it.

Surveys done by the Chinese Communist Party (CCP) in 1999 showed that there were about 100 million Falun Gong practitioners in the country. Jiang Zemin (then head of the Party), fearing its growing popularity across China, started a brutal persecution of Falun Gong. Those who practiced it were fired from their jobs and sent to forced labor camps, prisons, and brainwashing centers, where they were brutally tortured. Research and evidence show that Falun Gong practitioners in China are also subjected to forced organ harvesting, their organs being sold for transplant surgeries—with many patients coming from overseas because of the high availability of organs in China.

The film Free China: The Courage to Believe was screened in Ramat Hasharon, a city in Israel's central coast area. The film is a documentary starring Jennifer Zeng that tells her story. The mayor of the city was present for the screening.

When Jennifer stepped onto the stage, the audience greeted her with warm applause. In response to questions from the audience, she described the suffering her family and other families of practitioners in China have experienced. She also talked about the current situation of the crime of forced organ harvesting being committed against Falun Gong practitioners and other prisoners of conscience in China. Some in the audience were appalled to hear that the city of Tianjin, which currently houses the largest organ implantation center in East Asia, has a sister city in Israel.

Many people approached Jennifer after the event to express their support, and to thank her. The mayor asked to have a photograph taken with her that he later published on his Facebook page. 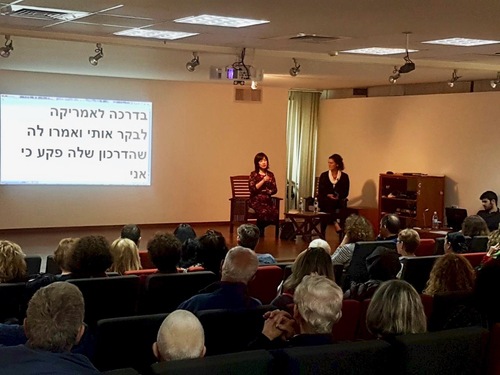 The following day in the city of Hud Hasharon, the film was screened in a private home, followed by a meeting with Jennifer. It was a meeting of an Academic Women’s Association that provides scholarships and grants to various projects, aiming to empower women.

There was complete silence in the room when the screening was over. Jennifer then sat down in front of the spectators, who asked many questions. People were curious to learn about her life today and about her family still living in China. Many questions were raised about Falun Gong, the ongoing persecution, and the CCP’s motivation to persecute Falun Gong.

The discussion lasted more than an hour.

Lecturing at the Epoch Times Event

Jennifer told her story to hundreds of people on Sunday evening, February 10, at an Epoch Times Israel event held in Herzliya, a city in Israel in the central coastal area.

Jennifer was one of nine lecturers that evening. When she told her story, the audience appeared mesmerized and applauded enthusiastically, some giving a standing ovation, when she was finished. 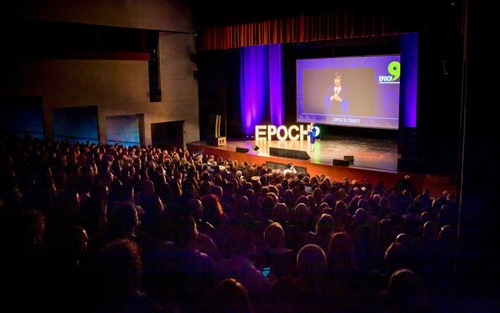 Jennifer Zeng at the Epoch Times event tells how she was persecuted for practicing Falun Gong.

Screening of the Film Free China at the Tel Aviv Cinematheque

Free China was screened at the Tel Aviv Cinematheque, with the audience comprised mainly of Cinematheque subscribers. Human rights documentaries are common at the Cinematheque, but this time, viewers had the opportunity to meet in person the main subject of the film, Jennifer Zeng, right after the screening.

Jennifer sat on the stage, accompanied by the host, who translated her words into Hebrew. She spoke about her present life and answered questions. The hall was packed and many hands were raised. The microphone was passed from one person to another, and the questions flowed. When someone in the audience asked her to demonstrate one of the Falun Gong exercises, she stood up in her high heels and purple evening dress and did so. 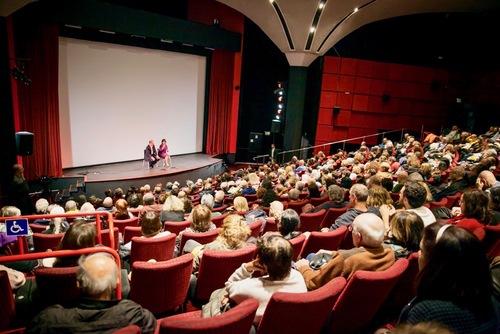 Jennifer Zeng at the panel discussion after the screening of the movie “Free China” at the Tel Aviv Cinematheque.

The day after the screening at the Cinematheque, Jennifer arrived at the Channel 11 studio (one of the three main Israeli television channels) for an interview that lasted about nine minutes. Jennifer opened the interview by talking about what Falun Gong is. 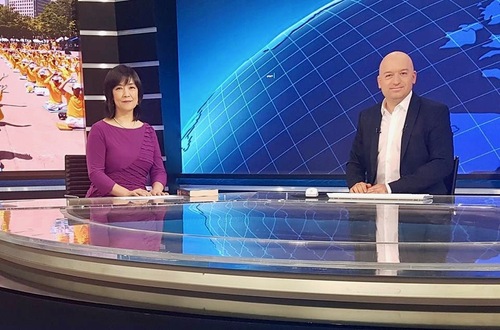 Jennifer Zeng at the Channel 11 studio.

The interviewer asked many questions about what she had endured in the forced labor camp, where she was tortured. She answered all of his questions honestly and bravely.

Jennifer also met with councilors in the municipalities of Tel Aviv and Haifa, two major cities in Israel.

Jennifer's participation in the many interviews and meetings during her visit to Israel has helped thousands of Israelis to learn about the persecution of Falun Gong practitioners that is still taking place in China today.