(Minghui.org) Today's news from China includes incidents of persecution that took place in 5 cities or counties in 4 provinces, where at least 21 practitioners were recently persecuted for their belief. 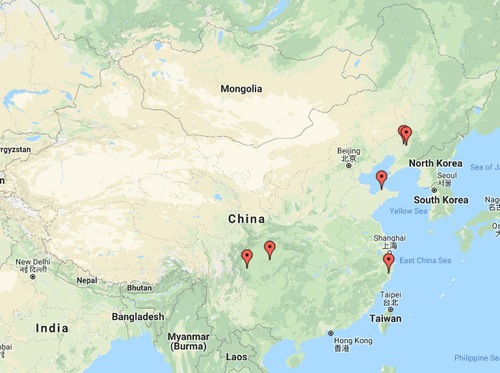 Ms. Fan Huiying from Qianwei County was arrested on the afternoon of January 20, 2019 for talking to others about Falun Gong. She was directly taken to a detention center for 15 days of detention. Her home was subsequently ransacked.

Ms. Zhuang Shuhua was arrested by officers from the Dongjiang Police Station on the afternoon of January 19, 2019. The officers ransacked her home and confiscated Falun Dafa books, paper bills with Falun Gong information printed on them, and copies of The Ultimate Goal of Communism. Ms. Diao Shufeng, Ms. Lin Qiuxiang, and Ms. Wang Yuzhen were also arrested at the same time. Ms. Zhuang was released that evening. The other three practitioners were detained for five days, and their homes were ransacked.

Ms. Ye Jinyue was sentenced to three years in prison, and is being held in the Hangzhou Women's Prison. She cannot walk as a result of severe abuse. The prison guards demanded that her family persuade her to write a guarantee statement promising to give up Falun Gong. The family was threatened, and told that if she refused to write the guarantee statement, she would not be released even after her prison term ended.

Ms. Chen Min from Liaozhong District was recently sentenced to four years in prison. She has appealed to the Shenyang Intermediate Court.

Practitioner held in the No. 7 Ward: Ms. Ma Yuxiang.

Practitioner held in the No. 8 Ward: Ms. Zhang Minfang.

Mr. Deng Qixing was held in the Huaying Detention Center.