The practitioners introduced this ancient spiritual practice, demonstrated the exercises and told visitors how it is being persecuted by the Chinese Communist Party (CCP).

Attracted by the peaceful music, many people wanted to find out more and some of them participated in learning the exercises. Several visitors asked for information about local group practice sites. Some of the teachers invited practitioners to demonstrate the exercises to their students. 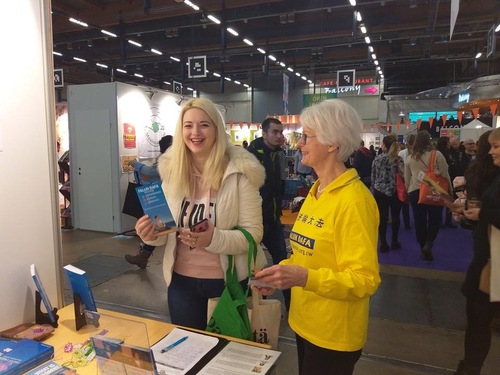 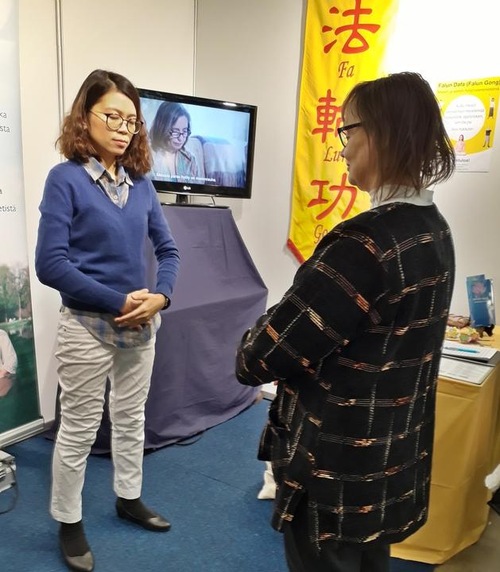 This was the first time many expo visitors heard of Falun Gong and that the peaceful practice was being persecuted. When they learned of the extent of the persecution many people signed the petition to condemn it.

Two young men stopped and talked with a practitioner. One pointed to the words, Truthfulness-Compassion-Forbearance and said, “Everyone should follow these principles.”

After a couple watched the exercise demonstration for a while, the man said, “I feel very calm when I watch this.”

One woman talked with a practitioner for quite a while and said that she was interested in meditation. When she learned that Falun Gong is beneficial for both mind and body, she said she wished to learn how to practice. She signed the petition to help end the CCP's persecution of it. 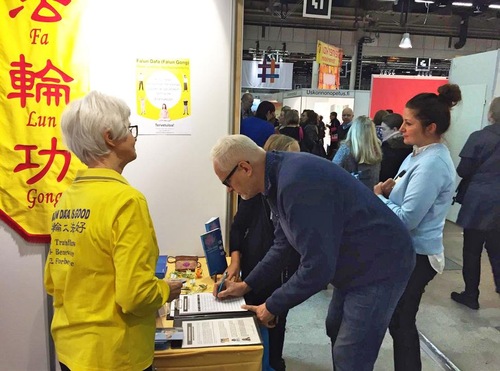 Petri Sarvamaa, European Parliament Member signed the petition to help end the CCP's persecution of it.

Besides education professionals, officials from Finland's major political parties also attended the event. The practitioners talked to them about Falun Gong and how it is being persecuted by the CCP.

“Finding the Most Precious Gift”