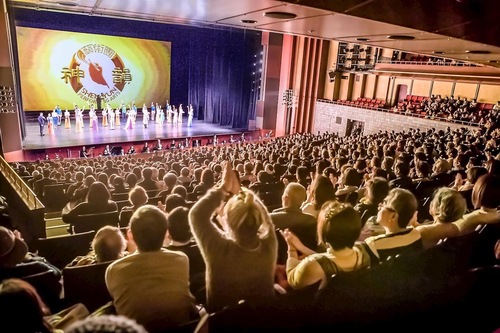 The Shen Yun World Company at the ROHM Theatre Kyoto in Kyoto, Japan on January 17, 2019.

Japanese classical dance instructor Midori Tanaka saw the performance at the Rohm Theatre Kyoto on January 17, 2018, and felt deeply connected with the performance. 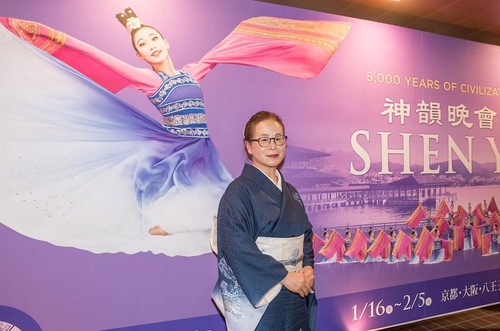 “I could hear a voice [from every single gesture]. It was a voice coming from their soul. It was something that couldn’t be put into words,” she said.

“The dance moves were so graceful. The dancers were light and floating. From their facial expressions to their fingers and then their feet, everything was rich in emotion,” Ms. Tanaka said.

“These artists passed on [to the audience] their compassionate thoughts in their dances. I feel like I should be just as compassionate as them,” she said.

The soprano's performance also deeply resonated with Ms. Tanaka. “[Her singing] took me back in time to my cradle. I mean, my soul was cleansed. It was an experience I have never had before,” she said. 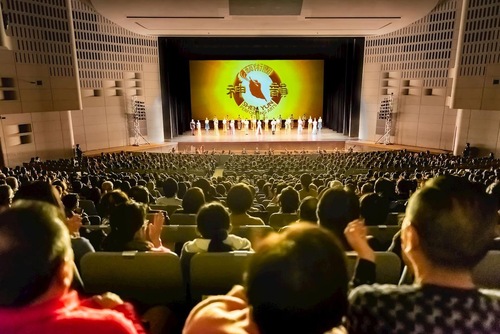 Curtain call at the Omiya Sonic City in Saitama, Japan, on February 1, 2019. 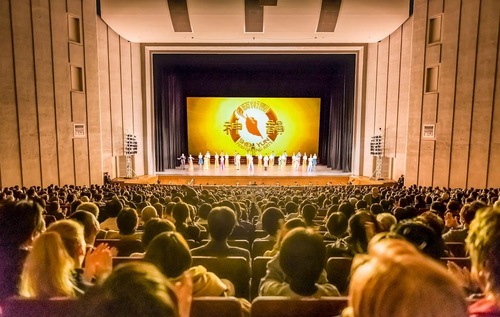 Awakened by the Performance 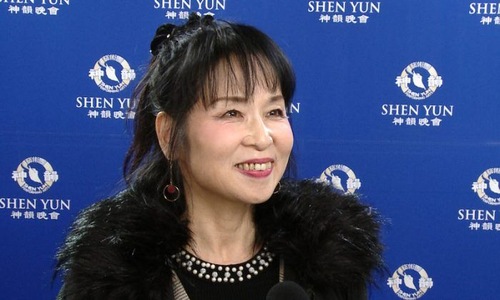 Masako Okazaki, a Japanese dance teacher, watched carefully as Shen Yun's dancers portrayed some of the more humorous characters, such as a dim-witted monk and characters from the Chinese novel Journey to the West, Pigsy and the Monkey King.

“Most people don’t know that it is technically more difficult to present funny artistic effects using the body language of dance. Those dancers must have undergone extraordinary training,” she said.

Ms. Okazaki was visibly moved by the performance. “While watching the show, I could not help but burst into tears,” she said. “I was as if suddenly awakened by the Shen Yun performance, realizing that while people in modern society are busy and live mechanically, it is actually not normal.”

“I feel that both my body and mind are fulfilled,” she said.

“I deeply felt the world’s indispensable qualities of truthfulness, compassion, gracefulness, and peacefulness in the program... Through dance performance, these qualities are transmitted in a natural manner. The traditional values are portrayed exquisitely that they are easily understandable,” she said.

“I seemed to see the entire program with the hope of gaining the energy and vitality [from the Shen Yun performance],” Ms. Akoh said. 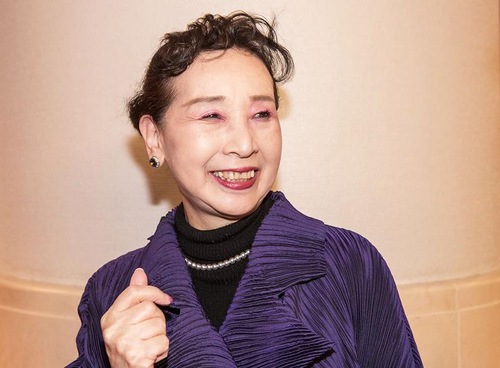 “Every performer’s dancing skills are superb,” she said. “These dancers’ moods were synchronized with the music perfectly that they deeply touched all the audience.

“Shen Yun enables the entire world to have the same goal and the same yearning. It is the art that can bring magnificence, brightness, and peacefulness to the world.”

My View of Chinese History Has Been Changed 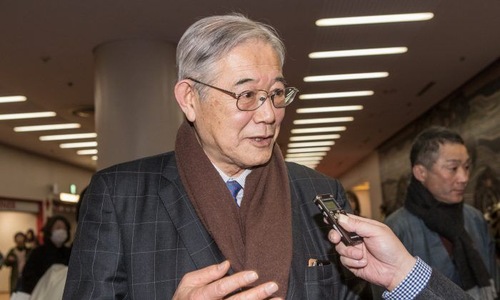 Osamu Shinohara, chair of the board of directors of Daichi Institution Industry Co., at the Shen Yun performance in Fukuoka, Japan, on February 4, 2019.

Osamu Shinohara, chairperson of the board of directors of Daichi Institution Industry Co., saw China in a new light after watching Shen Yun perform in Fukuoka, Japan, on February 4, 2019.

“I didn’t have an in-depth understanding of traditional Chinese culture until I saw this wonderful performance today. My heart was deeply touched,” Mr. Shinohara said.

“My view of Chinese history has been changed. The traditional China and modern China are so different,” he said. “It turns out that China has such remarkable culture and history... The performance tonight was really beneficial to me.

“Every piece of the program is very impressive... The erhu solo is marvelous! The sound is very beautiful. The music is good medicine, and I feel my body full of energy now,” Mr. Shinohara said. 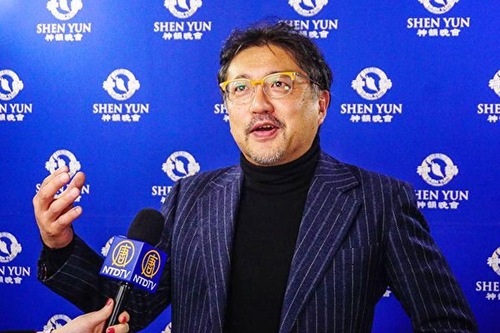 Akito Morino, ceramist and associate professor at the Kyoto City University of Arts, at the Shen Yun performance in Kyoto, Japan, on January 16, 2019.

Akito Morino is a ceramist and an associate professor at the Kyoto City University of Arts. He saw Shen Yun perform in Kyoto, Japan, on January 16, 2019.

“The depth of traditional Chinese culture is really admirable. It's full of sources for creative inspiration,” said Mr. Morino. “The costumes and colors are magnificent, beautiful, and unique.”