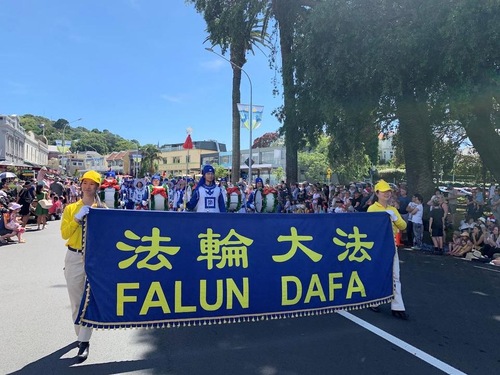 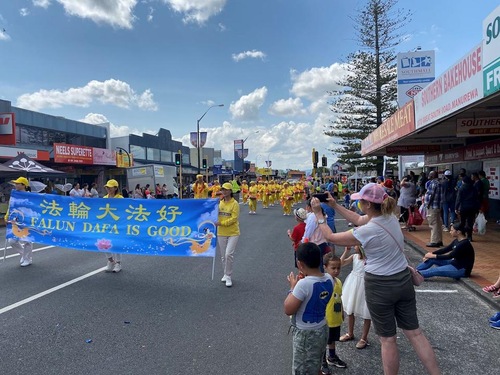 Falun Gong practitioners in the Christmas parade in Manurewa, Auckland 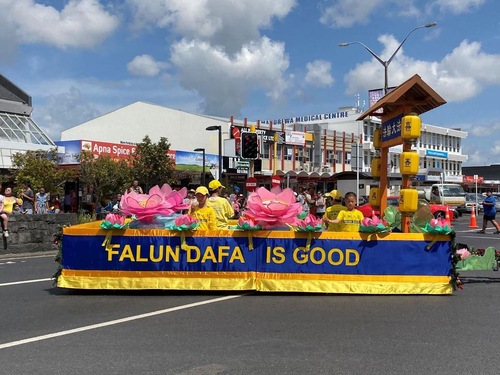 The Christmas parade in Manurewa 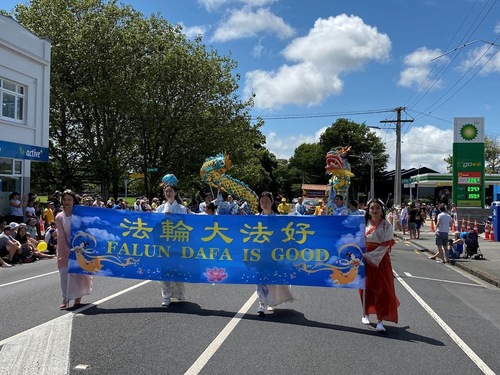 Dragon dance team in the Christmas parade in Ellerslie, Auckland

John Raeburn‭‬, a professor of psychology at the University of Auckland, was out for coffee with his good friend Mary Hancock‭‬ in Devonport‭‬ on Sunday and came across the Christmas parade. He said he particularly admired the Tian Guo Marching Band.

“We are New Zealanders born and raised here. But we really like the music of the Falun Gong team. Their performance is great, which makes us feel happy,” he said.

He knew that in China, Falun Gong practitioners suffer severe persecution. Practitioners in New Zealand are free to express themselves. He sincerely hoped that they could all feel that Auckland welcomed and needed them. 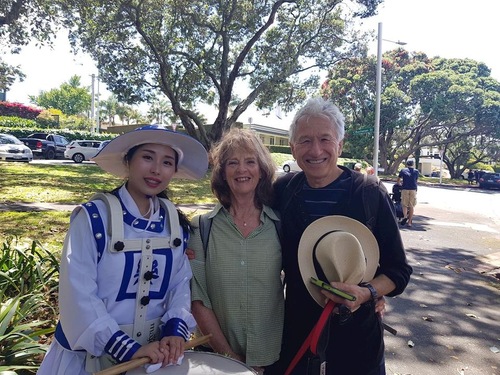 Local residents John and Mary enjoy meditation and were interested in learning about Falun Gong and the persecution.

“I know how good practitioners are and how horrible and scary the Chinese Communist Party (CCP) is,” John said.

He said the CCP persecutes Falun Gong so cruelly because Falun Gong practitioners are so different from the CCP. 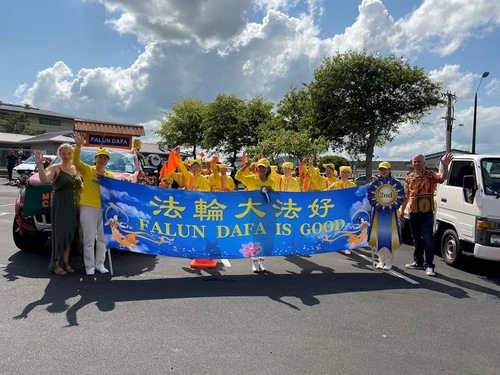 Joseph Allan, a Manurewa local board member, is also the conductor of the Manukau‭‬ Youth Symphony Orchestra and Chorus. He praised Falun Gong practitioners' waist drum team for their awesome performance. He said their costumes were eye-catching, and he appreciated their participation in the parade.

Luke King, who runs a kindergarten, said: “The waist drum team performed very well and was well organized. Their costumes were good, and it looked like they practiced for a long time.”

He also knew all the members of the waist drum team were Falun Gong practitioners. He said, “Falun Gong is a kind of meditation practice, which is very good and healthy. It is a peaceful spiritual belief.” 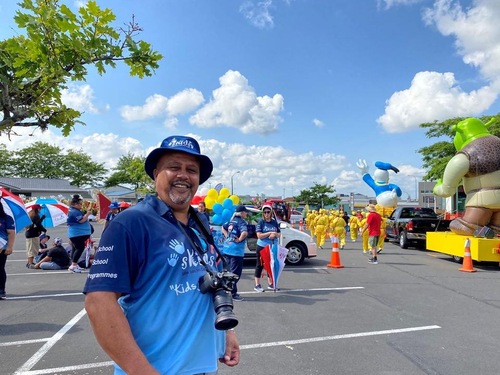 Luke also asked why Falun Gong suffered so many tribulations in China. A practitioner told him that the CCP regime is atheistic and does not allow people to believe in divine beings, so it persecutes almost all beliefs, including Tibetans and Uighurs. He immediately understood why the CCP persecuted Falun Gong and said he wanted to learn more about it.

“One Year after the Mass Arrest in Heilongjiang, 16 Falun Gong Practitioners Sentenced to Prison for Their Faith”

“Taiwan: "If You Find Falun Gong You Won't Be Lost"”