(Minghui.org) Several candidates running in the 2020 Gold Coast and Queensland state elections met with Falun Dafa practitioners on December 7 and 14, 2019.

Incumbent division four councillor Kristyn Boulton, who officially opened the Labrador meditation class in 2016, provided a letter of support, thanking practitioners for volunteering many hours to teach the Falun Dafa exercises as part of the council’s Active and Healthy Program since 2013 and taught on the Gold Coast dating back to 1998.

“We appreciate the commitment and effort that the local coordinators and practitioners provide to the community and thank you for the many hours you spend teaching and encouraging others to experience the benefits of Falun Dafa,” she said in the letter. “Over the last 20 years, Falun Data has improved the health and wellbeing of residents on the Gold Coast and continues to provide an ongoing physical, mental, and social benefit to the community.” 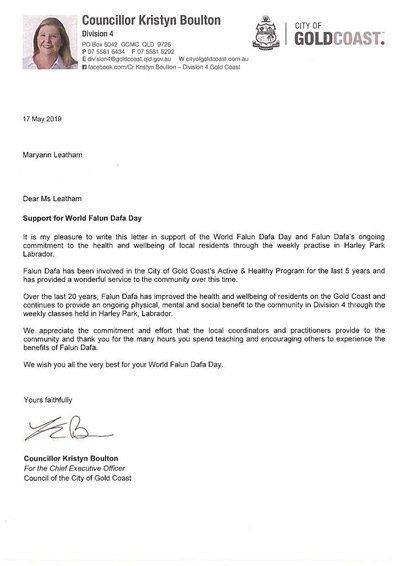 Incumbent State Member for Bonney Sam O’Connor, MP, who attended the practice site as an election candidate in 2017, also provided a written statement, saying that it was his “privilege” to meet and advocate for Falun Dafa practitioners at World Falun Data Day, the Gold Coast Multicultural Festival, and EID Multicultural Day in Labrador.

“I’ve had particular enjoyment from my time with the Gold Coast Falun Data Association,” he said in the letter. “[You have given me opportunities] to learn more about and take part in your practice and meet your practitioners … you have continually encouraged multiculturalism in our community.” 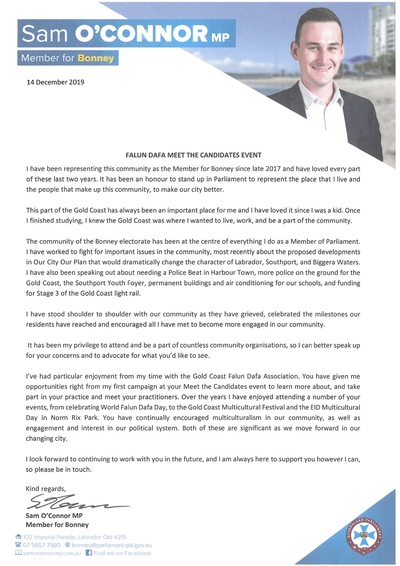 Practitioners also demonstrated Falun Dafa’s four standing exercises and the sitting meditation to the candidates, many of whom joined the free class. 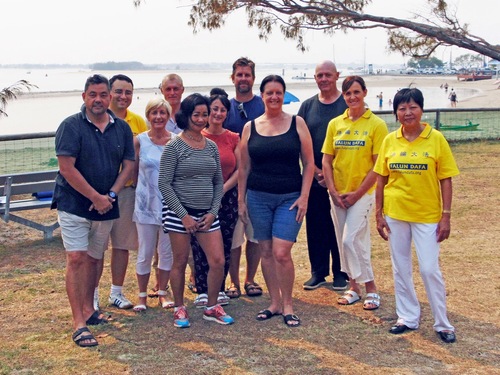 Wendy Coe, who has worked for the community organization Rosies, and Gold Coast state and federal politicians, enjoyed trying all of the exercises and said she needed more peace and purity in her life.

“Early start this morning doing qigong (Chinese meditation) at Harley Park Labrador,” the candidate wrote on Facebook. “This group is part of the Gold Coast City Council’s Healthy and Active program – anyone can come along and join in at Harley Park.”

Coe expressed solidarity with practitioners who have been arbitrarily detained, tortured, and had their organs harvested by the Chinese regime, and said that no one should be harmed for enjoying a peaceful practice like Falun Dafa. 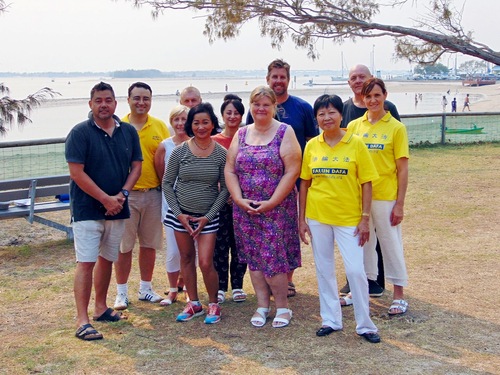 Freebody Cramer, whose grandfather and father served as mayors of the Snowy River Shire Council and Queanbeyan respectively, appreciated the gentle exercise movements. She said she liked meditating during her prayers and could not live without taking a moment out of her busy day to enjoy some peace and tranquillity.

She was disappointed to hear that the Chinese regime has spent over 20 years persecuting Falun Dafa practitioners simply for doing this peaceful practice, and said that practitioners have a right to believe in the universal principles of Truthfulness, Compassion, and Forbearance. 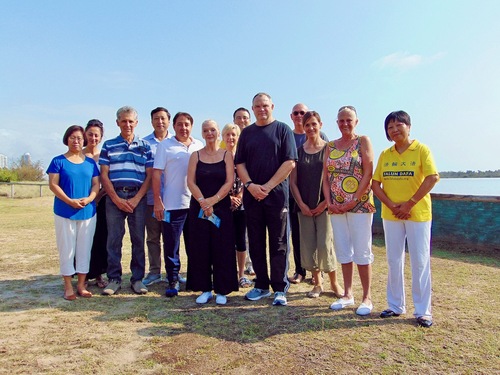 Christopher Johnson, who has been Coomera Branch President of the Labor Party and a nurse at Gold Coast Health, did all the exercises and found the sitting meditation the most challenging.

He was very pleased to hear that one practitioner’s injured knee recovered after doing the sitting meditation regularly for about 18 months, and promised to keep in touch with the group as the Queensland election approaches. 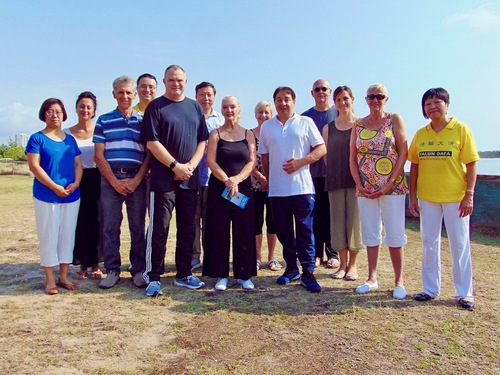 Brett Lambert, who owns multiple businesses across the city and does logistics work for major events on behalf of the city, enjoyed doing the third exercise “Penetrating the Cosmic Extremes” which left him with a positive vibe afterward. He effortlessly did the half-lotus sitting position during the fifth exercise, “Strengthening Divine Powers.”

After finishing the exercises, he was shocked to hear that the Chinese regime had pressured event organizers to restrict “harmless” Falun Dafa practitioners at the upcoming Gold Coast Chinatown Lunar New Year celebration. He vowed to represent community groups like Falun Dafa and to remain free from the Chinese regime’s foreign influence if elected. 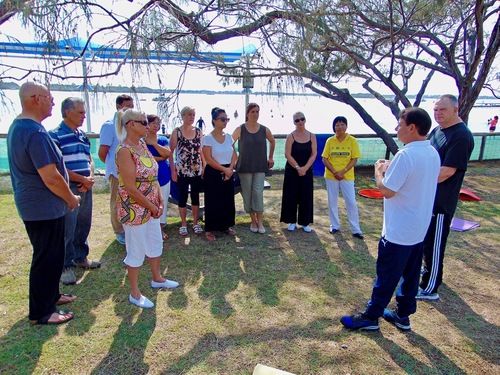 The practitioners thanked all the elected representatives and candidates for taking the time to engage and learn more about Falun Dafa’s volunteer work in the community.

“Cultivating Myself While Working for Malaysia NTDTV”

“We Can Cultivate Well Even in Prison”