Slovak practitioners gathered on Rybne Square in Bratislava to inform people about the violence against Falun Gong practitioners in China.  Some had not heard about this before and stopped to read the information, talk to practitioners, and sign the petition calling for an end to the persecution. 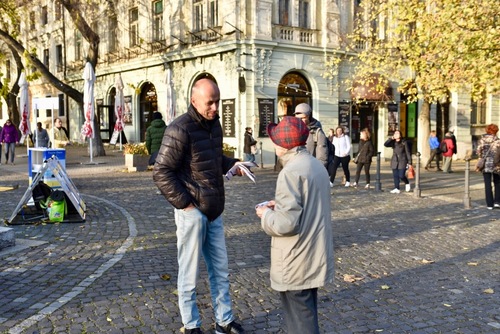 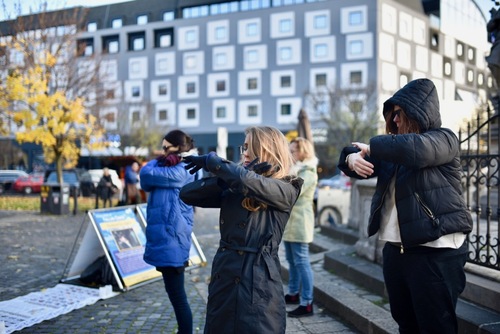 Many quietly watched the practitioners do the meditative exercises.

Astonished by how peaceful the practitioners were as they meditated, some passersby expressed the desire to try it.

A young girl who signed the petition and watched the exercise demonstration commented, “If I meditated like that, I would certainly have less stress at work. It’s a pity that more people are not interested in this issue, as the suffering of all is equally important - whether they are white, black, yellow, or red.” As she left, she expressed her thanks and said, “You improved my day.” 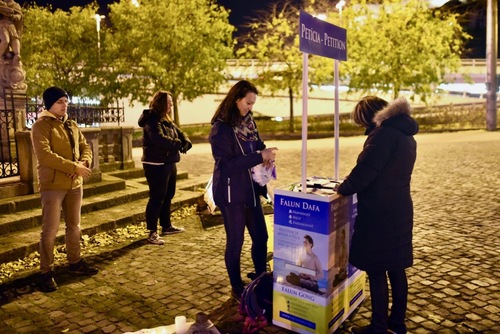 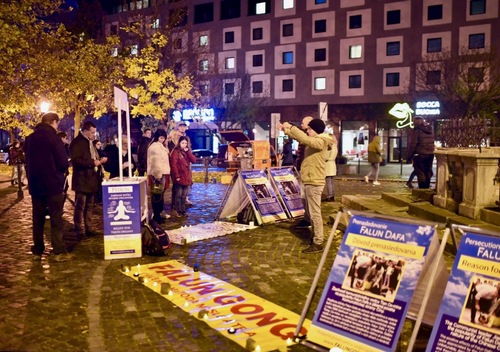 With amazement in her eyes, a woman from Turkey expressed her appreciation upon being reminded of her long-forgotten desire to start meditating.

After reading the newsletter, a young man came back, saying, “I’d heard about Falun Gong, but I did not know it was being persecuted so terribly.” In addition to adding his signature to the petition, he said he would try to publish information about the persecution on his own site, which connects with over a hundred thousand people so that the facts could reach more people.

“Relatively New Practitioner: The Path Back to My True Origin”