(Minghui.org) Falun Dafa (also called Falun Gong) practitioners from Hamburg and surrounding areas organized another information day event in downtown Hamburg on November 9, 2019. They displayed large banners on the sidewalk of Spitalerstraße, and set up a table for people to sign a petition appealing to stop the persecution. 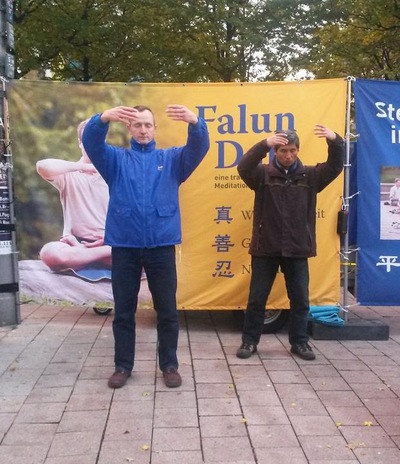 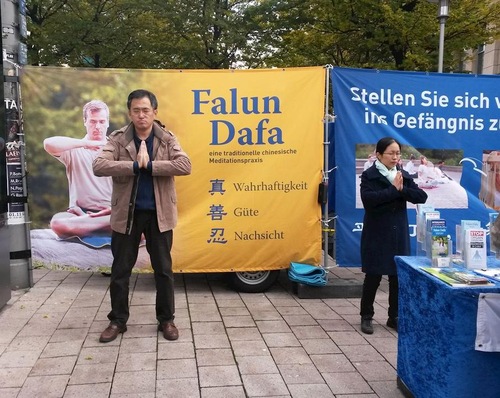 Many passersby read the banners and watched the exercise demonstration. One woman was shocked to hear that the Chinese Communist Party (CCP) was harvesting organs from prisoners of conscience for economic profit – selling the organs to transplant patients. “Is it for real? Why do they want to do this? Is it just for money?” she exclaimed.

Just as this woman did, many other people learned the facts and signed a petition opposing the persecution. Some also asked if there was a practice site near their home. 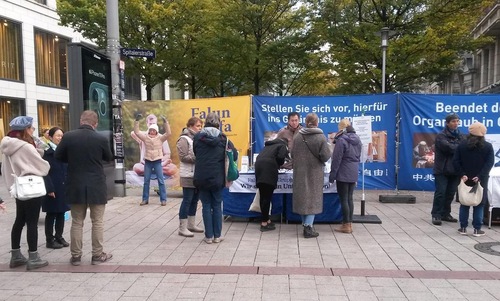 Learning the truth about Falun Gong 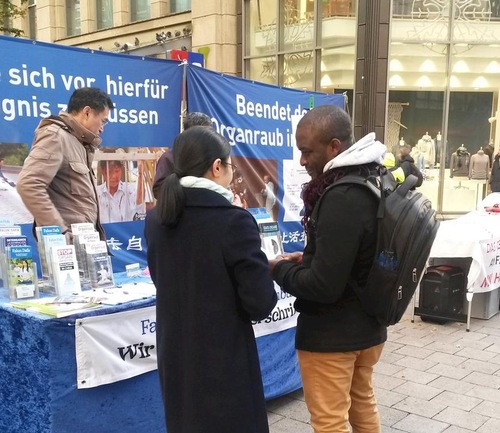 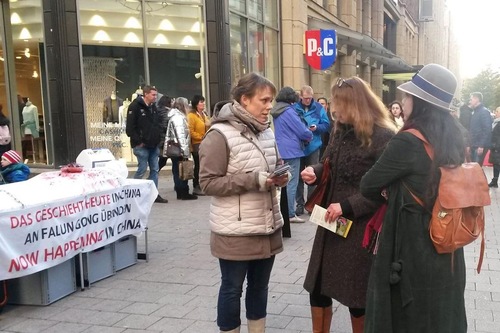 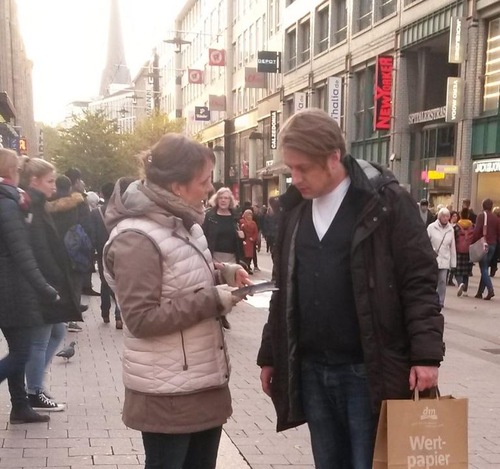 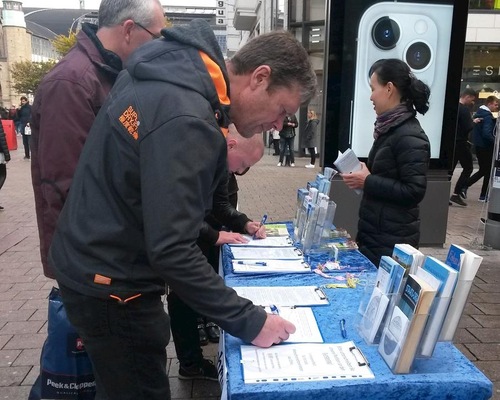 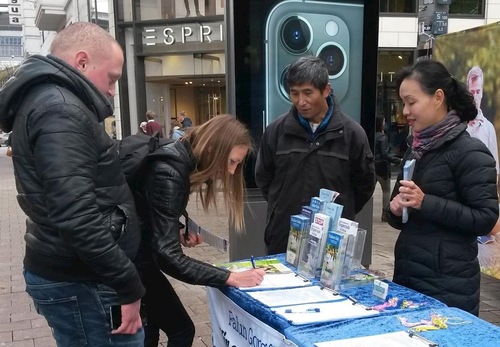 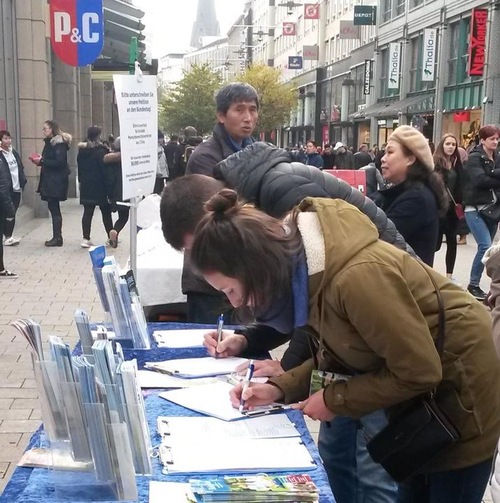 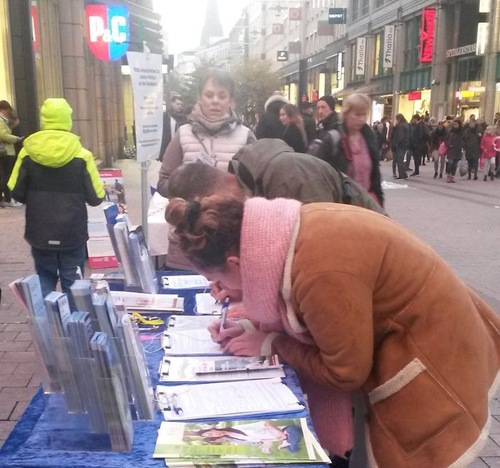 People sign a petition opposing the persecution of Falun Gong in China.

Another German woman said she heard about Falun Gong from her Chinese daughter-in-law, who told her the persecution had lasted many years. She talked with a practitioner for a while and said that she would read more about it online.

A man said that his colleagues in China mentioned Falun Gong to him, but avoided discussing the topic further. “We can feel that they (Chinese colleagues) want to let more people know about (the persecution). But they dare not talk about it.”

He signed the petition and said he hoped that the practitioners were successful in stopping the persecution and associated atrocities.